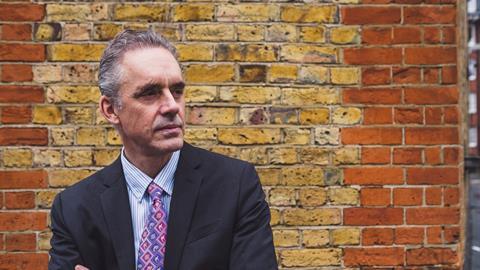 Jordan Peterson’s daughter Mikhaila has recently converted to Christianity from her secular background. Jordan’s psychological lectures are well known for their Biblical content, but he’s always stopped short of orthodox belief in Christ. Could that be about to change?

Mikhaila gave her thoughts in a recent “Big Conversation” event hosted by Premier Unbelievable?. She says her mother Tammy’s conversion to Catholicism, which took place during her battle with and eventual healing from a rare form of cancer, has had a significant effect on the family. “I think that the change he saw in my mum really impacted him, because her personality changed quite a bit,” said Mikhaila. “She got a lot more patient. It’s not like she wasn’t patient before, but the change was dramatic.

Is Jordan Peterson the saviour of Christianity?

How Jordan Peterson led me to Jesus

Why are the new atheists so triggered by Jordan Peterson?

Jordan Peterson vs Susan Blackmore: Do we need God to make sense of life?

“At first we thought she’d joined a cult or pretty sure this was a cult, because she was having meetings and we were like, this seems kind of cult-y. But you do seem a lot happier and you are quite a bit nicer, so hmm…

“It kind of transformed where it was like, oh ok, you’re a practising Catholic – that makes a little bit more sense. So I think that the transformation he’s seen in my mum has impacted him. And so he prays before he eats and I think he prays.”

Tammy had been given eight months to live but a month before her wedding anniversary she believed that she’d be well by then – and this proved to be so, to the doctors’ and the family’s surprise. Tammy credited this to God, and Mikhaila herself found herself unable to find “logic” for what happened and said it was “spooky-weird”.

Jordan is known for his intense and thoughtful discussions and uses psychology, literature and the Bible to understand the world in his popular online lectures. “I think it’s really hard for the type of brain he has, because he is so verbally fluent, that he can think circles around himself,” says Mikhaila. “So I think it’s hard for him to wrap his mind around the concept of God, because part of it is unexplainable, and I don’t think he likes that – a large part of it’s unexplainable.

“So [my conversion] has impacted him hopefully I think positively, and I think it’s made him more likely to believe, but I’m not entirely sure where he is right now.”

Jordan became famous worldwide in 2016 due to his opposition to Canada’s laws on transgender pronouns, but his worldview and thoughtful lectures captured a large online following as well as a lot of controversy. “Since 2016 the number of coincidences that have occurred in his life – that he’s told me about – is astronomical; it’s happening all of the time – he talks about synchronicity,” Mikhaila adds. “When I have experiences like that, he believes me; he doesn’t try and logic it out. He believes in picking up on vibes from people – he believes that kind of stuff.”

Heather Tomlinson is a freelance journalist.