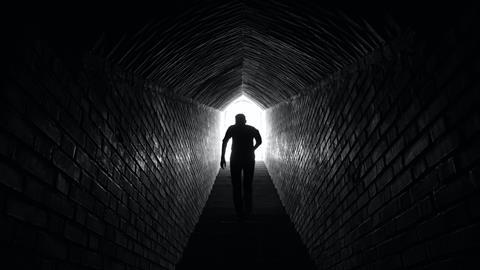 Which God is the real God?

Apologist Joel Furches explores one of the most Googled questions

The question “Does God exist?” is a relatively recent question for people to be asking. For most of human history the foremost religious question has always been “which of the gods is the true God?” Old as it is, this question is nevertheless as troubling now as it ever has been. Assuming theologians were to prove definitively that a God existed, the question remains as to which God? Is it the Christian God? Why not Zeus or Thor or Amun Ra?

From the beginning of history to today, no matter where one travels, people are worshiping their own gods in their own ways. They can’t all be right, so by sheer probability yours is more likely wrong than right. This can seem quite threatening to a religious person.

One will see this objection phrased in several ways. Here are a few of the most common:

· Your religion is determined by where you were born. In the West, you’re likely Christian, but if you had been born in India, you’d be Hindu, or in Iraq, you’d be Muslim.

· If God wanted everyone to believe in him, why does he allow so many contradicting religions?

· All religions – Christian, Buddhist, and Islam alike – claim to feel deep spiritual experiences or connections. At least some of those experiences must be untrue. Is it possible they are all untrue?

In 2013, atheist author John Loftus published his book The Outsider Test of Faith. This test asks the reader to step outside of their religious faith and preconceptions for a moment and look at it with the same scepticism they would apply to any other supernatural claim. For instance, why would a Christian willingly accept that Moses parted the Red Sea, but not that Muhammad parted the moon? Or that Jesus rose from the dead, but not that Buddha transcended into Nirvana?

Loftus argues that a person will accept one claim uncritically because it comes from his or her religion. The same person is rightly critical of the other claims but only because they come from different religions. But, of course, people in that religion are critical in return.

So which God is the real God?

Let’s start at the bottom and work our way up.

A sense of the divine

The human race is incurably religious. This is obvious. Every culture on earth throughout history had some kind of religion. But far from being an argument against any God, the existence of multiple religions is actually evidence for God’s existence. Consider:

In 2004, Psychologist Deborah Kelemen published her study titled “Are Children Intuitive Theists?” Her study found two important things. Firstly, that as early as we are able to measure, children seem to think there is some intelligence behind things that happen, even if they can’t see who it is.

The second thing she finds is that children have an in-built idea that everything exists for a purpose. Children in her study were asked about pointy rocks in the wilderness. The children agreed that those must have been put there for animals to scratch their backs upon.

From childhood, people automatically believe that there is some unseen person directing things, and that the things that exist all have a purpose. These are the basics of God-belief.

But this isn’t exclusive to children. A 2011 Oxford study, titled “Humans Predisposed to Belief in God/Afterlife,” shows just what the title suggests: a survey of every culture the researchers could access across the globe found that almost everyone on earth has some kind of idea of God and the afterlife. Certainly, some people don’t believe in these things, but they still have a notion of what “God” and “afterlife” mean.

So why are there so many religions? One explanation is that people are built to believe in God.

This argument, however, might suggest a general theism, but does nothing to answer our question of “who is the real God?”

In the 1500’s BCE, an Iranian prophet named Zoroaster started paring down all of the Iranian deities. And there were many.

Zoroaster came from a polytheist society, and he recognized a problem with polytheism: if you have dozens of gods, you don’t have any kind of foundation for standards.

So, for instance, Baal is the god of the harvest. Pray to him and you might get a good crop. But why is it good that Baal should give you a quality harvest? Where did that standard come from? Elsewhere you have a goddess of draught and locusts, and she’s blighting your crops. So you have to sacrifice and pray to her so that she doesn’t damage your crops. What makes one of these gods the good guy and the other the bad? If it is in your self-interest to curse your neighbour, is that wrong? Ask any given god and you get a different answer.

Zoroaster realized that you need more than a collection of limited individual gods acting in their own interests in order to explain reality – you need some higher standard to ground reality.

Several hundred years later, Greek philosophers came to a similar conclusion. Starting with Socrates, they began to reject the Greek pantheon for much the same reason. Plato came to the conclusion that there was a single transcendent grounding for reality he called “The Good.”

After him, Aristotle came up with the idea of the unmoved mover. This “Prime Mover” began the chain of events leading up to this current moment, without having to have an origin himself.

We even see a similar idea in tribal religions such as those in early Africa and North America. The native peoples had very spiritualistic religions, but at the core, they acknowledge that there is a supreme being that transcends all the other spirits and gods.

This seems consistent across the history of religion: given enough time and thought, religions begin to drift in the direction of monotheism, and come up with ideas that sounds more and more like the Judeo-Christian God.

It’s a fact established by research that the worse off people have it, the more likely they are to be religious. For instance, based on Gallup polls, very wealthy countries are very irreligious, whereas the poorer a country is, the more religious its population will be.

There are several theories as to why this is, but one conclusion is that religion is a very effective coping mechanism. A religious person has access to a supportive community, a shared set of values, and instant connections which are akin to close friendships and family.

Religion provides these connections much more effectively than things like book clubs, political rallies, football games, or any other social groups.

A study titled Religion and Well-being looked at specific religious practices and beliefs, and how they affected the mental, emotional, and physical wellbeing of adherents and arrived at some very telling conclusions. It found that of the many benefits various religious beliefs provide, the religious system with the best combination of beliefs for mental and emotional stability was Protestantism. This is because of the specific beliefs Protestants have regarding the afterlife, ultimate justice for the evil in the world, God’s love, grace and so forth. It is, according to this research, the religious system most compatible with personal fulfillment and community.

So, what have we seen so far? That from birth, everyone has a rudimentary idea of God as an all-seeing, powerful, and intelligent unseen agency. That over time, religions begin to change their ideas on God to more closely resemble the Judeo-Christian God. And that ultimately, the Protestant conception of God is the one most compatible with the flourishing of individuals and society. Of the five major world religions, the majority fall back on the God of the Jewish scriptures – they just disagree on his actions and nature.

The historical significance of Jesus

Jesus is arguably the most controversial religious figure on the planet. Christians and Muslims both consider Jesus an important figure in their respective religions, but a significant number of Hindus and Buddhists also make claims to Jesus as aligning with their beliefs.

Much like God, everyone seems to want to lay claim to Jesus. Even outside the realm of religions, political parties and interest groups can be seen arguing that Jesus’s ideas align most closely with theirs. Clearly, what Jesus had to say on the subject of God does make a difference to a significant number of people.

Christians have a very specific historical person and historical event which can verify or falsify their religion. If Jesus rose from the dead, this contradicts the Islamic Jesus, who is said to have never died at all. If Jesus was divine as Christians claim, then Judaism isn’t so much wrong as it is incomplete. Taken in combination with Jesus’ resurrection – should this event be true – Christianity emerges.

The success of Christianity

The world power at the time Jesus was born was the Roman empire. However, preceding the Romans was the Greek empire.

Alexander the Great had a rapid rise, and a very brief stay in power. In that brief time, the Greeks brought philosophy and art, but also a common language to the world that became the language of trade and scholarship. In fact, this was such a phenomenon, that by the time Jesus was born, there was an official Greek translation of the Jewish scriptures available for everyone in the ancient world to read.

The Romans were in control when Jesus was born. Among their many accomplishments was numbered the excellent roads they built. One could travel the Mediterranean world more easily than ever before in history.

Jesus birth didn’t just occur at a fortuitous time in history, it also happened at a very unique location.

It is evident throughout history that the Middle East is a contentious area, and the subject of nearly endless warfare. This is partly because it is the throughway between Africa, Europe, and Asia. It also has the best ports on the Mediterranean Sea, which gives it easy access to all of Europe and North Africa.

All roads might lead to Rome, but all roads lead through Israel.

It just so happens that Jesus was born in the most travelled land in the world during the only time in history that everyone had a common second language, when there were roads and sea routes running to the three most populated continents. It is easy to see the effect this had on how quickly Christianity spread. As it happens, Jesus was born in the best time and place in human history for founding a successful religion.

The only religion which is in any way competitive with the spread of Christianity is Islam. Muslims continue to contend with Christians in terms of global spread and sheer numbers, but it still has many centuries of ground to make up.

At this point in time, one out of every three people in the world are Christian. Christianity is the only religion that is represented in some part of the population of every country on earth.

A person born into a Muslim country has a high probability of adopting his or her culture’s values – but there is at least an underground Christian community somewhere in the country. So Christianity remains an option to practically everyone on the planet.

Christianity is hardly a failure, and it is hardly just a face in the crowd of world religions. In fact, it is the largest and most widely represented religion in the world, and it is the only religion with a very specific historical event – Jesus’ resurrection – that can prove or disprove it.

Joel Furches is an apologist, journalist and researcher on conversion and deconversion, based in the USA