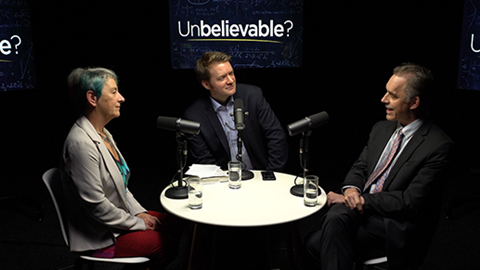 Unbelievable? Jordan Peterson vs Susan Blackmore: Do we need God to make sense of life?

Launching The Big Conversation debate series, Justin is joined by Canadian psychologist Jordan B Peterson who has risen to fame in recent months for his political, social and religious views. He engages with atheist psychologist Susan Blackmore on the psychology of belief.

They debate Peterson’s own religious convictions, the new atheists, whether society needs God, and whether atheists are truly atheists… The Big Conversation is produced in partnership with Templeton Religion Trust.