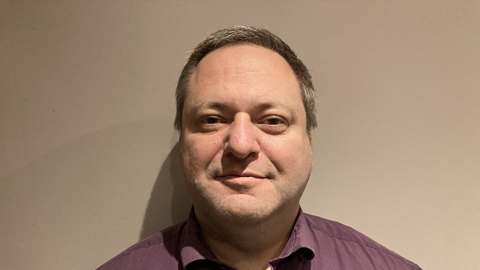 The problem of meaninglessness: an academic’s rediscovery of the Christian faith

Author Dr Peter Harris abandoned his Christian faith when he thought it wasn’t intellectually credible. He rediscovered it through a search for meaning, later uncovering its academic viability

It’s not uncommon to hear from sceptics that belief in God is nothing but blind faith, that there is no evidence for God’s existence, but sometimes that’s also the way religious people talk and believe as well. When difficult questions arise, we hear “just believe” or “just have faith” in the midst of our doubts. By these statements, we are led to presume that there isn’t much more than our willed determination, that there is no evidence to support our beliefs or perhaps we shouldn’t even try to have a reasoned faith. For someone who is a thinker, an intellectual, who wants solid reasons to support his or her beliefs, this approach doesn’t work very well. It may, in fact, cause many to not even consider it a viable possibility or to leave their faith behind.

Peter Harris lost his childhood Christian faith when confronted with intellectual challenges at university. He was hard pressed to find any substantive answers for his questions, other than to “just have faith” in faith. The seeming lack of evidence for Christianity did not satisfy his brilliant mind, and so he left it to become an atheist. As someone who holds two master’s degrees and two PhDs, critical thinking and truth were important for him. So, what was it that drew him back to Christianity to now become one of its strongest intellectual defenders?

Peter grew up in England and was educated at Cambridge University. Married to a French woman, he considers himself “very cosmopolitan and very interested in other nations, cultures and histories”. Much like his culture, his family was generally indifferent to religion and questions of God. But as a child, he sang in a church choir and embraced belief in Christianity after hearing the gospel at school and “felt tremendous love and peace” at having been reconciled with God.

After years of unquestioned belief, he abandoned it altogether. His first year at university, he realized that he “had no knowledge or understanding of how to defend the gospel against intellectual attack from sceptics”. By his second year, his anti-theist friend challenged him with arguments against religion, exposing his weakness. Peter felt defenseless, recalling:

“I do remember being tormented by this question of whether my faith was true. And I would say that there were intellectual and emotional forces working at the same time, in the sense that I had this desire to be an academic, an intellectual, and I had come to the conclusion that, to be one of those, I could not be a Christian because everybody I knew who was teaching was not a Christian or never spoke about any kind of faith. A lot of the very bright undergraduates with whom I was studying had no faith, either. They found it ridiculous to be a Christian.”

A glimmer of hope

Peter was conflicted as to whether his faith could retain intellectual credibility in light of increasing doubts. In a last effort to preserve his fading confidence, he met with someone who was “the most spiritual person he knew” to help him answer questions and resolve his cognitive dissonance. He recalls the pivotal moment when he left his childhood faith behind:

“He invited me in. He made me a cup of tea. And I remember, in the course of the conversation, saying to him: ‘Can you give me a reason why I should be a Christian?’ And I believed that he could give me the answer. And I remember he looked rather startled because the conversation now had become very serious, and he sat there and he thought for a few moments, and he said to me: ‘Peter, it’s faith. You just have to believe it.’ And that was the last answer I wanted. When I left his lodgings and cycled home, I decided: ‘Yes, I am now an atheist. If that’s the best Christianity can do, I’m not a Christian anymore.’”

Peter’s faith flickered on and off over the next four years, and by the age of 23, he was a “hardened atheist”, at times quite aggressive when engaging with Christians. As an intellectual, he wanted to pursue life honestly and atheism was seemingly the rational choice. Through rejecting God and Christianity, he embraced naturalism and, by necessity, its consequences. His most pressing concern as an atheist was whether life had any meaning. He looked to the existential philosophers to provide an answer and found Sartre’s solution, recalling:

“You create your own meaning. There’s no transcendence. There’s no metaphysical entity that gives you your meaning. You have to create it for yourself in the midst of a material universe that is just there. It’s an undisputable fact.”

For Peter, this sobered view fostered yet more cognitive dissonance. After all, our human nature cries out for our lives to mean something, to be valuable, to have real purpose and direction. He wrestled between sober-minded reality and his own intuition that perhaps there was something more.

“In my bravest moments, self-created meaning made sense, but every now and then, I would think, ‘Well, actually, I wouldn’t mind having a transcendent meaning attached to me’ and every now and then, I would have a feeling that I had been created. I didn’t like that feeling because, of course, I had adopted the notion that I am an evolved creature, that I am physical matter that’s highly organized but nothing more. I had come to the conclusion that life was meaningless because it was predetermined. There was nothing you could do to change the course of your life. It just happened to you. And you just had to be brave and try in some way to resist, even though ultimately you’re going to lose.”

At that point, Peter made a decision to defy the meaninglessness of his life by giving it some sort of meaning, but it didn’t seem sufficient. During his four years of hardened atheism, of “not being able to cope with meaninglessness” he became acquainted with a colleague who was a Christian, a man of integrity who lived an admirable life. It caused Peter to reconsider Christianity, that “maybe there is something to this”. Standing in his kitchen, he prayed:

“I said: ‘God, if you exist, would you help me? Would you tell me why I’m here? What am I doing? What is my life for? Where is it going?’ It wasn’t a prayer of repentance. It wasn’t a prayer to say sorry for all the things I’d done wrong or the good things I hadn’t done. It was actually a prayer that was asking God to be a philosopher on my behalf. And to sort out this problem of meaninglessness. And I did not get an answer from God. I didn’t hear a voice. I didn’t see a piece of paper floating down from the ceiling, saying: ‘Peter, this is your purpose.’

What I got instead was what I hadn’t had for a long time - a sense of God’s presence and his love again. And my heart started to soften towards Christianity. Now, I didn’t go back to church. I still had no Christian contact. It was as if there were internal forces that had brought me to that point. It wasn’t any sort of external encouragement from friends or acquaintances. It just happened, and I can only imagine that there was some sort of seismic shift within my thinking and my feeling. But again, I couldn’t tolerate this question of meaninglessness or this issue of meaninglessness anymore.”

Peter began to return to Christianity with “both an emotional and an intellectual movement at the same time”. He felt the presence of God again. And, for the first time, he searched for substantive scholarly writing regarding the biblical text. It sparked the beginning of his intellectual trust in Christianity:

“This author wrote about the historical reliability of the New Testament and for the first time, I came across an actual formal defense of Christianity. And I remember reading that book and marveling at this man’s intelligence, his ability to present Christianity as true, and all the thoughts I had about the Bible being a plethora of legends and make believe and superstitious and nonsense, gibberish basically, started to melt away. And my trust, my intellectual trust in Christianity, started to be recreated again. Well, I never had it. It was being created for me.”

After another year, Peter began attending church and began to read and explore what other scholarly Christian apologists, philosophers and scientists had to say. This “steady education was absolutely vital” as a “lifeline for reigniting his faith”.

For Peter, it was a steady movement back. There was a longing but there was a willingness to see, allowing him to begin experiencing a palpable presence of God. It also opened him to look at intellectual writings substantiating the Christian worldview. Even though his longing for meaning re-opened the door towards belief, it was not enough to embrace faith in God. He would only become a Christian if he came to the conclusion that it was true. He reflected:

Peter was aware that atheists are also prone to subjective motivations, those who want atheism to be true. Thomas Nagel starkly admitted: “I don’t want God to exist, and I’ll be honest about it.” The rail runs both ways. But, the question of meaning remained. Although Peter found Christianity to be true, was he able to find the meaningful life which was once so evasive? He responded:

“I don’t think we fully know what God has in store for us. We know a lot, but we don’t know everything. And there is meaning in that as well. But love has its own way of answering that question, ‘What is the meaning of life?’ Because when a person experiences love for God and experiences God’s love for him or her and then is able to communicate that love to others, that in itself is an answer to the question, ‘What is the meaning of life?’

Then, these questions about meaning start to drop away or can become less sharp and less urgent. There’s an element of mystery to this as well. It’s not a philosophical answer necessarily. It’s not the sort of thing that you could put into a philosophical journal, but it’s an existential response. It’s your manner of living that gives you that sense of purpose. And it’s the most satisfying thing of all.”

Peter found what he was looking for, heart, mind and life.

If you’d like to listen to Dr Peter Harris tell his story on the Side B Stories podcast, click here.

Jana Harmon hosts the Side B Stories podcast where former atheists and sceptics talk about their turn from disbelief to belief in God and Christianity. She is a Teaching Fellow for the CS Lewis Institute of Atlanta and former adjunct professor in cultural apologetics at Biola University where she received an MA in Christian Apologetics. Jana also holds a PhD in religion and theology from the University of Birmingham in England. Her research focused on religious conversion of atheists to Christianity.