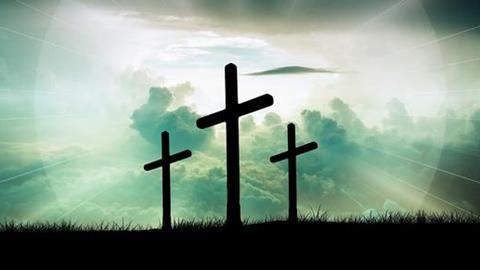 14 things you (probably) didn’t know about Christianity, but really should

Most people I talk with who are not Christians have a lot of deep misconceptions about this religion. In a way, this is odd, given our rich Christian heritage in this country. But it also provides some great talking points in this otherwise (often) awkward subject of conversation. So, here’s my list of fourteen things you probably didn’t know about the Christian faith, but really should.

1. Churches are not buildings, and the buildings are (almost) unnecessary

A church is the people; a particular group that has come together to form a family despite often having zero things in common. This means that you could knock down all those old church buildings in Britain and the actual church (the group of people) would not be wiped out; arguably, it would flourish.

This might strike you as a slightly silly point, but here’s why it matters to me. The early Christians were a rag-tag bunch of men and women, with a very flat leadership structure, and very little in the way of special outfits or elaborate rituals. Today we call this style of Christianity ‘low church’ (as opposed to ‘high church’). It’s important because it means that Christianity is designed for the ordinary guy in the street, and Christian ministers should look pretty normal too.

3. There are more Christians in China than the population of Britain

There is simply no way you can describe Christianity as a ‘Western religion’ any more (nor was there ever!). Christianity is exploding in secret in China, as well as in underground, hidden churches in places like Iran and Nepal. The Christian faith in general is growing fastest on the continent of Africa. We may be a post-Christian country here in Britain, but that says very little about the fortunes of this faith.

4. You will never encounter deeper diversity than you do in the global church

You may be able to think of some community that is more diverse than the church, but I doubt it. The reason is that Christianity advances by the power of its message, and that the message itself is one of radical unity regardless of natural divisions. The earliest Christians managed to bridge some impossible divides, with slaves and masters worshipping alongside one another, as well as Jews and Gentiles, and every other societal division that existed in the first century Roman Empire. That makes sense when you understand the core message of Christianity: it tells us that we’re all broken (so there’s no room for pride) and that we can all be forgiven and brought into God’s family (so there’s deep unity). In reality, that means that on any given Sunday I could be sat next to a Nigerian, a Malaysian, or a Ukrainian at church, and that would be pretty normal.

5. If Christians were less involved in social issues, chaos would ensue

It’s estimated that the volunteerism of Christians in Britain is worth about £315 million every year. At the same time, there are a lot of people who think Christians are dangerous and don’t fit in modern society. I wish these people would understand the selfless kindness and generosity of so many Christians, and the reasons they do all this. Believing in Jesus changes you in a very basic way, and I have never encountered any form of belief as potent or effective in changing individuals and helping them to become more loving and kind.

6. Nobody gets to heaven by being good or moral

These good works are a result of being a Christian, not the means of becoming one. In fact, if you think you’re a ‘good person’ then you are totally unqualified to be a Christian. It’s counter-intuitive, and that’s why so few people understand something so fundamental. But Christians do not believe in being good, nor do they think that being good will get you any points. The only thing that matters is being forgiven.

7. Being christened as a baby is quite likely totally meaningless

Too many people think that if you’re splashed with ‘holy water’ as a baby, you’re all good. But of course, if it were that simple then we’d walk through the streets spraying the general population with specially blessed holy water from fire hoses. Far fewer would call themselves Christians if they realised how meaningless this ceremony is unless you also have some kind of genuine faith.

8. There are lots of other practices that don’t make you a Christian

Being British. Eating fish on Fridays. Going to church. Praying. None of these things make you a Christian. The only thing that makes a person a Christian is whether or not they have faith.

9. Faith is not a blind leap

While some of the New Atheists like to claim that faith is some kind of wish upon a star, the word ‘faith’ has a lot more to do with (1) being persuaded of the truth of something, and (2) placing trust in those beliefs. You exercise this kind of faith all the time in ordinary life. It’s much more like the experience of being persuaded that a 150,000 ton lump of metal can safely float on water, and exercising trust the moment you step on board. For Christians, the faith you need is faith in Jesus to save you. It’s nothing more, and nothing less, than that.

10. There’s much more evidence than you think

A lot of people assume that Christianity was debunked at some point by someone. But that has never happened. On the contrary, one of the most unique things about the Christian faith is that it is based on historical events, rather than teaching that can be separated from events. What I mean is this: you could take the teachings of just about any other religious founder and scrub out the historical story, and the teachings still stand. That isn’t the case with Jesus. If the events didn’t happen (especially his death and resurrection) then there’s no Christianity. Thankfully, there are heaps of evidence that attest to it being true.

11. The reason we’re not progressive on some issues is not because of any phobias

It’s true that we continue to draw certain lines in the sand on issues of morality, but it’s not because we’re afraid of change, nor is it coming from judgmentalism. The most basic belief all Christians share is that we’re all sinners in need of God’s kindness, and that precludes any allowance of self-righteousness or judgment. But we also believe that God has the best plan for our flourishing, and we don’t get to simply make up the rules (since that road inevitably leads to tragedy and oppression).

12. Most of your deepest moral instincts come from the Bible

The instincts we think are either common sense, or part of the very fabric of nature, such as equality, human rights, justice – all of these (and many more) have been embedded in our culture from centuries of exposure to the Bible. Now that we Westerners have largely abandoned our Christian heritage, we are like a jumbo jet suffering engine failure: we continue to glide, but it’s not long before this thing will plummet to the ground. Morality without a Moral Lawgiver is arbitrary and vulnerable.

13. Jesus was not a good teacher

I am trying here to prevent anyone saying the really foolish thing that people often say about Him: I’m ready to accept Jesus as a great moral teacher, but I don’t accept his claim to be God. That is the one thing we must not say. A man who was merely a man and said the sort of things Jesus said would not be a great moral teacher. He would either be a lunatic – on the level with the man who says he is a poached egg – or else he would be the Devil of Hell. You must make your choice. Either this man was, and is, the Son of God, or else a madman or something worse. You can shut him up for a fool, you can spit at him and kill him as a demon or you can fall at his feet and call him Lord and God, but let us not come with any patronising nonsense about his being a great human teacher. He has not left that open to us. He did not intend to.

14. We really do believe you’ll live for eternity, the only question is where

Some people think that if Christianity is to survive, it must accommodate itself to modern sensibilities. That would mean no more talk of an afterlife, and definitely no hell. Besides the fact that this strategy doesn’t actually work (the more liberal a church becomes, the more empty it gets), we have some pretty formidable reasons to believe that eternity is real. The most important reason of all is the fact that Jesus came back from the dead, a fact attested to by hundreds of witnesses. That is the reason it’s worth listening to the only person in history who spoke with anything like authority on the subject.

Andrew Haslam is the leader of Grace London. This article originally appeared at salt.london and is reused with permission