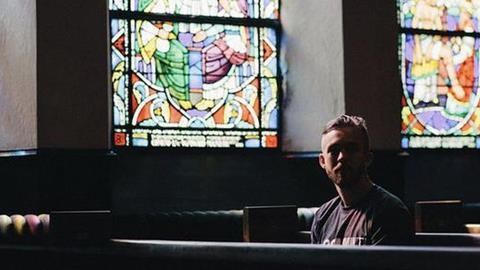 Don’t preach to the choir. Church services can reach sceptics too

The concept is simple. We place a post box at the entrance of our church and invite people to anonymously deposit their ‘Big Questions’ in it over the course of several weeks. We then take the questions, and build a set of conversational sermons around them (my wife and I sometimes both preach ‘tag team’ style), trying to give our best answers to the myriad of issues that have been raised by the congregation.

Hearing doubts and questions honestly aired and answered seems to connect in powerful ways. In our experience it creates a hugely responsive dynamic – people feel they are being heard, open up to each about their doubts, and realise that they aren’t alone in asking their questions.

My show Unbelievable?, which broadcasts every Saturday on Premier Christian Radio, is all about trying to reboot good conversations about faith in a sceptical culture. Our annual apologetics conference on is all about helping Christian to have more confident conversations with those who don’t believe.

The format of the radio show and podcast hasn’t changed much in ten years. I sit down with two guests, one a Christian and the other not, to ask them why one believes and the other doesn’t.

In ten years we’ve debated creation and evolution, heaven and hell, the Bible, ethics, philosophy, history, other religions, Jesus, and of course the long running battle between Christianity and atheism. That’s led to me having conversations with many of the world’s most high profile sceptics such as biologist Richard Dawkins and the illusionist Derren Brown.

Over time it became evident that the programme was scratching where many Christians were itching, as listening to the dialogues gave them the tools to engage their faith critically and the confidence to share it. Once the show began to pick up steam as a podcast, sceptics and atheists from all over the world began to tune in too.

In the process I’ve learned something about the art of creating good conversations, lessons I’ve tried to pass on in my book Unbelievable? Why, after ten years of talking with atheists, I’m still a Christian (SPCK). The first part of 1 Peter 3:15 “Always be prepared to give an answer to everyone who asks you to give the reason for the hope that you have,” is frequently quoted by Christian apologists and preachers. However, the second part of the verse is often neglected: “But do this with gentleness and respect”. You can win the argument but still lose the person. Treating people with ‘gentleness and respect’ means that they are much more likely to listen to you, whether in a radio studio or from the pulpit.

With that in mind here are five things to remember when preaching to reach sceptics or simply to help Christians engage confidently in conversations:

We’ve all preached those slightly-more-evangelistic-than-usual sermons when there are a group of newcomers present (weddings, funerals, baptisms and Christmas being the obvious examples). But in fact there are sceptics sitting in our pews every week. They may not be the fire-breathing anti-religious sort but, whether it’s an unbelieving partner who has been dragged to church, an unconvinced teenager or a parent dealing with a tragedy there are plenty of people listening to your sermon who have unanswered questions.

The good news is that if you preach to reach sceptics, you’ll invariably reach the believers in your congregation too. Many Christians know someone who they are hoping to see come to faith, and most are frequently facing their own doubts too.

When a video of Stephen Fry describing God as an ‘evil, capricious, monstrous, maniac’ went viral, it probably didn’t get shown by too many preachers to illustrate their sermons. But why not?  Yes, the video is tough to watch, but if we don’t acknowledge the reality of unbelief that exists outside our church services, we aren’t fully preparing our members to engage the real world.

Radical scepticism is only a Google search away, and if we don’t deal with the tough questions that confront us in our workplaces and on our Facebook feeds, we are leaving the flock to fend for themselves.

Because we deal in honest, open-ended discussions on Unbelievable? you won’t always hear the Christian guest trounce the atheist. Good points are usually made by both sides. That’s the way conversations happens in real life so it makes sense to reflect that in our sermons. We don’t just need to teach Christians good arguments, we also need to teach resilience in the face of good objections, trusting in the Christ who transcends our intellectualism.

I think one of the greatest gifts a preacher can give their congregation is admitting to their own unanswered questions. That means you are as normal as everyone else, functioning with the same mixture of faith, doubt, belief and uncertainty as every other Christian who has ever lived.

Apologetics is a useful tool when applied well. It can help to remove road blocks to faith and show sceptics that there are good objective reasons to believe in God and Christianity. But simply proving that Christianity is true won’t necessarily make someone want it. Good preaching demonstrates why Jesus alone answers the deepest longings of our heart too.

What if you invited a sceptic to speak at your church? Hosting a dialogue between two well matched participants can help a church to see what good disagreement looks like in practise and demonstrates that Christians have nothing to fear. Becoming loving, confident disciples involves overcoming our fears. Conversations with those who are different from us can go a long way in towards making that happen.

It’s been true in my own life. In ten years of talking with atheists my faith took a few knocks along the way, but has been tempered into an altogether stronger, tougher one in the process.

Learn how to respond to sceptics and make the case for Christ at Unbelievable? The Conference 2019, Sat 20 July