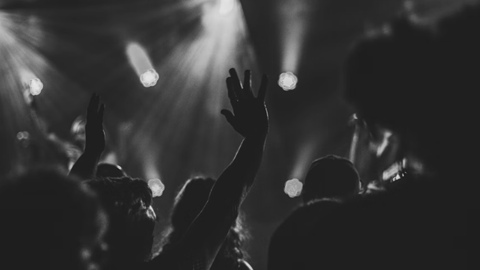 Is the Western Church’s problem that it is too self-centred?

You don’t have to travel far out of the West – or into a non-Western culture - before you start to realise how radically different our English-speaking understanding of the world is. Throughout our history and in most other cultures, there has usually been a lot of value placed on tradition, authority, family and community – an individual’s power is placed, at least partly, in other people’s hands. Family bonds and mutual support often outweigh individualistic concerns about freedom and rights.

This was once the case in the West too, with power given to the Church, the Government, the authorities and family structures. Our gradual long march towards personal fulfilment, autonomy and self-actualisation has led to the self-celebrating status quo, where we believe that our own needs and opinions are very important. We fight for our right to be heard. We don’t accept what the Church or the state tells us any more, and we’re damn sure that we know better. Tradition is only there to be questioned, not respected. Any kind of authority is deeply suspicious.

“Too right!” I suspect many readers are thinking. In the past, “they” justified slavery, “they” persecuted homosexuals…many evils were committed. The gradual rejection of authority and questioning of ‘meta-narratives’ and ‘structures’ that has characterised the past 200 years has led to a more liberal era of freedom for women and other oppressed groups.

Appalling scandals have been uncovered, the powerful have been brought low. Now in the West, we live in an era of unprecedented choice and freedom, where no power structure is without its vocal critics and opponents. Our new opinions are considered important enough that a whole new genre of media has been spawned to spread them via the world wide web.

All this, and yet we don’t seem happy, and the Church is struggling in the West. There’s no doubt that addressing mistreatment of any people is a good thing, but the baby of traditional values seems to have been thrown out with the bathwater. Now we’re seeing negative consequences – materialism, family breakdown, mistrust of neighbours, crime, loneliness and widespread anxiety and frustration with life.

The Church, with its historical systems of authority and its many flaws and mistakes, is not immune to this great postmodern fallout. But the main target of the critics is usually the unusual evangelical Christian subculture that developed in the US and spread during the very same period of time that postmodern individualism took over the West. A new movement of Church critique that is usually called ‘deconstruction’ points out this modern Church’s many flaws, the fallen heroes, the contradictions and the hypocrisies.

You don’t have to read far back into Christian history to know that this particular version of Christianity has not been around long. The emphasis on an individual relationship with Christ over community connection; the focus on what we get rather than what we give, whether internal peace, health or even wealth; the fact that most people in our churches have very comfortable material lives compared to the rest of the world and time – even considering our current economic woes. It’s not hard to find flaws in this branch of the Church, as deconstructionists often do.

Both the deconstructionists and the modern, comfortable evangelicals that they criticise, are not typical. In the rest of the world and throughout history, Christian life has been much harder. There have been more wars, poverty and persecution. These majority churches have - for the most part - submitted to authority, they’ve respected tradition, and they’ve had basic orthodox Christian beliefs.

This contrast – between the individualistic, self-focused Western culture (and its version of Christianity) and the more authority-respecting and yet tougher and hardier church elsewhere – usually comes to my mind when deconstructionists are interviewed. The recent chat between Michael Gungor and Evan Wickham on Unbelievable? was no exception.

Gungor’s story is a great example of the modern search for self-fulfilment as a quest away from orthodox Christianity. He searched to recreate a mystical personal experience on a mountaintop in Assisi, started to lose his faith when he “didn’t know how to answer” (with the very Western presumption that his opinion matters).

He then gives a great summary of the modern self-focused spirituality that is so common in the West: “I use spirituality, super-spiritual practice at this point, to remain grounded to be in my body, to move into that which I think Jesus was inviting us into, the eternal life of the present moment.”

Gungor seems like a nice guy, not too dogmatic, friendly and open. But I wanted to ask him – what gives you such certainty that you’re the one who can discern all this, the true and the untrue? And does he really think this is what Jesus was talking about, when quests for personal self-fulfilment are so often criticised by Christ himself?

Wickham does a good job of distilling the problem: “The whole Church across all of time has had at the core…these things called confessions. So I would ask Michael like when you say… those 1,800 years of global confessions based on a family tradition [the Church], they all got it wrong… what’s your grounding for that?”

Gungor’s friendly and pleasant answer to this was he now understands Jesus’ words differently due to his own “experience” – not clearly defined but essentially one that he believes is less ego-focused and more in “union with God”. Yet to elevate our own individual experience as superior to the thoughts and wisdom of the Church over 2,000 years seems to me to be quite egotistical.

It’s a strange thing that as people in our culture reject a quite individualistic and self-centred version of evangelicalism, they go one of two ways: a secular individualistic version of atheism or ‘new age’-ish spirituality, similar to Gungor, or a minority find a faith that is much more traditional: witness the rise in both Reformed churches and the Latin Mass, for example.

Wickham seems to have more respect for tradition and a similar disdain for modern Western Christianity. He points out that a traditional version of Christianity is “exploding all over the majority world,” even as the West is mostly rejecting it.

Championing the rights of the individual has led to some improvements in our culture, but the selfishness that’s brought with it is harming our communities. We need to choose humility to have more respect for more traditional cultures, as well as a more orthodox faith, that looks outwards to the world and to God, rather than fulfilling the self. Maybe the West will rediscover the faith it has lost, and learn the reason why the rest of the world is so keen to find it.

Heather Tomlinson is a Christian writer with a love for science, books and learning about love. Find more of her work at www.heathert.org.