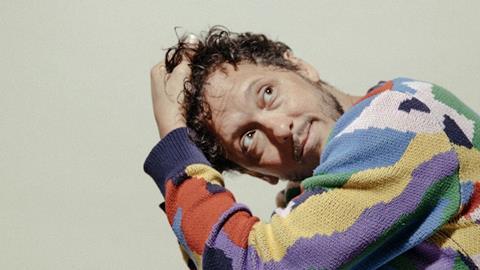 Is it arrogant to disagree? Michael Gungor responds to his critics

Musician and exvangelical Michael Gungor responds to journalist Heather Tomlinson’s critique of his approach on a recent episode of Unbelievable?

In 2022, I was one of the guests on Unbelievable?, a podcast discussing issues of faith and doubt, and there has been a lot of online chatter about it, including a recent article written by Heather Tomlinson entitled ‘Is the Western Church’s problem that it is too self-centred?’ In it, she calls into question the legitimacy of my (and perhaps the billions of other people on this planet who disagree with certain tenets of Christianity?) “deconstruction” of Christianity by framing our disagreement as fruits of being too self-centred and arrogant to trust a religion that has nearly 2,000 years of history.

In response to my statement on the podcast that I read the meaning of Christ’s words to be less ego-focused and more in union with God, she writes: “To elevate our own individual experience over the thoughts and wisdom of the Church over 2,000 years seems to me to be quite egotistical.”

While I understand and appreciate a critique of the sort of rugged Western individualism that gives rise to flat-Earth conspiracy theories and cognitive distortions like emotional reasoning, there is a blind spot in the traditionalist argument that one’s view of the truth ought to be outsourced to a greater authority than the individual mind or heart. Every major world religion has thousands of years of history, and millions of humans who have believed that religion to be the truth. This is, of course, not evidence of the veracity of these religions. There have also been millions of people through thousands of years who believe the Earth is flat.

There is a model of evolutionary development of individual and collective human consciousness called ‘Spiral Dynamics’, which effectively outlines a “traditional” (labelled as “Blue” in Spiral Dynamics) mode of thought that has been observed ubiquitously through the development of human cultures in which truth becomes authoritarian. At this stage of human meaning-making development, the people in political or religious authority are the ones who have been divinely appointed to hold and pass down the truth to the people. In this framework, to question the authority is essentially to question God and risk being outcast in one way or another (including possibly to hell). This stage of development, like any other, is not necessarily inherently “good” or “bad.” It simply serves a function—social control, for example.

In the “blue” worldview and values, the “wisdom and teachings” of those in authority are valued more than the “egotistical” thoughts and feelings of the individual. This is because blue developed as a helpful control mechanism to the unwieldy “might is right” ethos of the previous colour (red) in human development. Without going too much more into the wonderful and exciting world of Spiral Dynamics though, it will suffice to say that societies and individuals that get stuck at the blue level of development end up becoming some of the most destructive and oppressive systems of fundamentalism in human history. “Don’t be so arrogant as to question the authority” has been the heartbeat of countless dictators, wars and genocides.

On the surface, “trusting the wisdom and thoughts of 2,000 years of Church history” can sound lovely and humble. One can believe that they are not getting swept into the emotionality of individual truth-seeking, and instead relying on the sturdy foundation of the will and word of God. This sort of trust in authority can be very satisfying and stress relieving for some people. It can also be a very effective way to build armies and empires for others. (“In God We Trust!”; “God Save the Queen!”) As effective as this way of thinking may be, however, there are plenty of potential problems that arise in trying to outsource our spiritual views to an external authority.

Lurking under the apparent epistemological humility of the traditionalists, there is also a glaring logical contradiction - it is still the individual who is being invited/threatened to trust the authority rather than herself. Inviting an individual to transcend one’s own individuality is as preposterous as inviting someone to not trust their own eyes but to simply trust the image on a screen that you’ve set up for them. “You can’t trust your eyes to see the world accurately, let me show you how the world really is! Look at my screen.” The reason that is absurd is because you can’t see someone else’s screen but through your own eyeballs. And in the exact same way, you can’t trust someone else to be the one to decide if you trust them or not.

As comforting as it may be to try to outsource our perception of what is true, we can’t actually do it; we can only trick ourselves into thinking that we are. But by what mechanism can an individual ever decide to trust an authority except by one’s own experience, desires and convictions? Sure, I can make the determination that these experiences, desires and convictions are flawed, but I cannot escape them and do my seeing through someone else’s eyes.

Subjectivity is not something that one can transcend with trust or beliefs. Subjectivity is our very nature. So, while we can perhaps learn to be more humble and practically effective in our belief systems by trusting others (I don’t have to think I understand the fullness of how my phone works in order to put it to good use), perhaps passing the buck on whether our belief systems are healthy or destructive or not to an external tradition or authority (even if it does have 2,000 years of history) is not the highest possible path.

Perhaps the best “authority” for our inescapably subjective spirituality is not through the authority of an external institution or religion, but the direct and internal experience of our own bodies. That’s what Jesus taught. “The kingdom of heaven is within you.” That’s essentially what the mystics from every major religion have claimed for thousands of years, and it’s what I am happily and perhaps arrogantly claiming as well.

Michael Gungor fronts the band Gungor. He has transitioned from the Christian music scene and uses music as the catalyst to share his current human experience free of shame and taboo. Michael hosts two podcasts - the award-winning ‘The Liturgist’ and ‘Loving THIS’ and has written two books ‘The Crowd, The Critic and the Muse: A Book for Creators’ and ‘THIS: Becoming Free’.