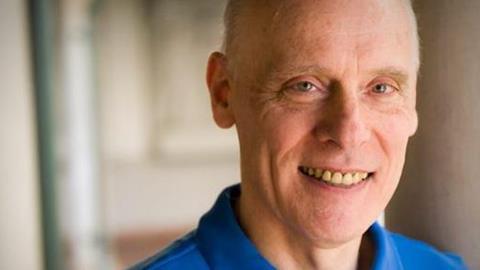 How studying Hawking’s Big Bang led me to God

I didn’t grow up in a Christian environment. I was born, raised and educated in Canada, which is a largely secular country. My parents were moral, but we only attended church a few times. I got into astronomy when I was aged seven, trying to figure out why the stars are hot, and from the age of eight onwards I knew astrophysics would be my future career.

I’d study a particular discipline every year in some depth. Aged 16 I looked at cosmology – the emergence and structure of the universe – and that’s when I realised the evidence was heavily favouring ‘Big Bang’ cosmology, in which the universe has a beginning; therefore there must be a beginner.

So from the age of 16 onwards I did not doubt the existence of God, but I was still sceptical. If there was a God that created this vast universe, would it communicate to these beings on a small speck we call Planet Earth? But, for the sake of intellectual honesty, I went through the holy books of religions of the world.

I came to recognise that there was only one that was accurately, consistently, predicting future science and future history. And so, at age 19, I signed my name in the back of a Gideon Bible, committing my life to Christ. It took another eight years before I met Christians for the first time, when I arrived on the campus of Caltech university in California where I was engaged in astrophysics research.

I was studying at the time when scientists in Britain (such as Stephen Hawking) were developing the first of the space-time theorems. These state that the entire universe is traceable back to an actual beginning of space and time, with a causal agent beyond space and time which brings this universe into existence.

As I looked at the Eastern religions, they talked about space and time as being eternal, not created. The Bible is the only holy book that spoke of the actual space-time beginning when the universe was created. It’s also the only holy book that talks about the universe continuously expanding. I knew enough about the history of astronomy to realise this was not recorded anywhere else until the 20th Century.

There are eleven different passages which talk about God “stretching out the heavens”, and it puts it in a variety of Hebrew verb forms, which means the Bible is literally, not figuratively, speaking about God continuously expanding the universe from the cosmic creation event. So the fact that the Bible predicted the heart of Big Bang cosmology, thousands of years before any astronomer had even dreamed of the concept, was one piece of evidence that told me: this book has predictive power.

I noticed it had the same predictive power with respect to human history, predicting future historical events. I realised this was only possible if it was inspired by the one who actually created the universe and knows the future. That was one of many pieces of evidence which persuaded me.

What really impressed me about the Bible, when I compared it with the other holy books, is that it’s the only one that commanded objective testing: “test everything; hold fast what is good” Paul says in 1 Thessalonians 5:21 (ESV), and actually you see how the Bible not only tells you to test, it shows you how to do it. So when I run into the Richard Dawkinses of the world, I say: “Are you aware that the scientific method comes from the pages of the Bible?” It’s no accident that the scientific revolution came out of the Reformation.

Reasons to Believe is a science and faith research and apologetics ministry I founded to show how scientific discoveries confirm the truth of Christianity.

This isn’t just a God that transcends space and time, this is a God that’s personal. This is a God many orders of magnitude more intelligent, more knowledgeable, more creative, more powerful, more loving. When you look at Psalm 104 it makes the point that God has packed the earth with as much life as possible, as diverse as possible for as long as possible, in order that we humans could be enriched with a huge treasure chest of bio deposits. That screams love and providence.

This is the God of the Bible, not the God of Islam, not the God of Hinduism or Buddhism. So our whole point at Reasons to Believe is that we can not only demonstrate the existence of God, but we can identify the identity of the cosmic creator, and it is the person Jesus Christ.

Finally, we ask the question: “Why this physics of the universe?” That’s something which grabbed me when I was younger: Why gravity? Why electromagnetism? Why the strong and weak nuclear forces? Why the four large space dimensions?

Dr Hugh Ross founder of Reasons to Believe (reasons.org), was speaking to Justin Brierley and will be appearing at Unbelievable? The Conference 2018 on Saturday 19 May

Listen to Hugh’s story on Premier Christian Radio, Saturday 5 May at 4pm or via The Profile podcast