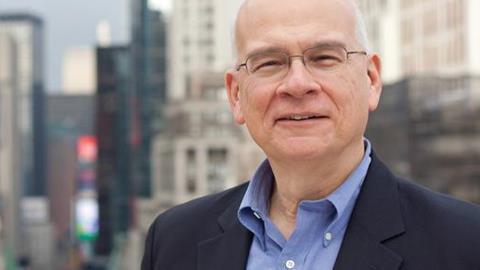 Are we being too ‘winsome’ in our approach to evangelism? Tim Keller responds

A recent Unbelievable Live featured Tim Keller talking about cancer, prayer and forgiveness, among many other things. He also answered live audience questions. This is a transcript of one of the topics, but you can watch the full interview and Q&A here:

Justin Brierley: There was an article written which questioned whether we need to move on, essentially, from the “winsome style” of Tim Keller that maybe was suitable for what he called “neutral culture”, where Christianity, while not being reviled, was not particularly praised, it was somewhere in the middle. It says: “We’ve moved on to a culture where Christianity is seen in negative terms.” It’s almost like you’ve got to fight fire with fire, you’ve got to go in with a more combative, assertive…you can’t just say, “hey, let’s all try and be friends” and speak in a winsome manner. So I guess your whole way of doing things was being questioned and challenged in that conversation that was going on in social media at the time. What’s your feeling on the whole debate that sparked?

Tim Keller: I’ll say two things briefly. Because I still think this is a little more of a US issue than a UK issue. In the United States, up until fairly recently, if you lived in big parts of this country, especially in the Southeast or the Midwest, or even lots of the West, at least away from the coasts, Christianity was seen either as a positive or in a neutral way, it was either regarded as positively or neutrally. That was not the case in the Northeast, in New York City when I got here in 1989, no, no, no! It was much more like it has been in the UK for a very long time, or Europe, in which Christianity is seen as, at least just, “we tried that and it didn’t really work”. That’s the European approach: “we tried that, it doesn’t really work”. And it is negative, I mean, not necessarily always hostile, because British people tend to be just a little more courteous than in America! But it’s certainly disdainful.

An awful lot of Christians in America just did not experience that until fairly recently. And so they say, “well, the Tim Keller winsome approach doesn’t work”. Well, listen, the “Tim Keller approach” was forged in New York City and, I’m sorry, it was never a neutral or positive world. So, whatever you say about my approach, I was forged in a negative world.

The second thing though, is, and this is really where it becomes more US than UK: the people who are saying “it’s time not to be so winsome,” these are folks who actually want to change the political world here. They would like the States to be more overtly Christian. They want Christians to be much more politically active in bringing that about. I think that’s a little bit hard for most of my British Christian friends to even understand. And you can’t be winsome there, you basically have to get political.

A lot of folks feel like my approach has always been to say, and I will say it right now, is whatever our political future is, and there is a problem, in fact, it is also true in Europe too that there’s a rise of the right, there’s the left, there’s no doubt there’s instability, and I don’t know the way forward. But I think that there’s room for differences of opinion amongst Christians who are united on the gospel. But they would rather us, me, not say that over here.

They would rather say: “No, the Christian Church has to be aligned with a particular political agenda.” And that’s really their motive, I think. And I think it’s a little hard, frankly, I do find it hard, because we’re very much in touch with people in Africa, Christians in Africa, China, Europe, and they’re trying to say: “What’s going on there, what in the world?” And I say, well, you have to understand right now, there’s a movement amongst some Christians who say we have to be more politically aligned.

Watch the full interview and Q&A with Tim Keller here