Unbelievable? 5 Jun 2010 - Homosexuality and the church 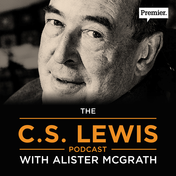 This second show addresses whether the church is homophobic in its attitude towards gay people. Would a gay person feel welcome at an evangelical church? Should practising gays be allowed to become church members or receive communion? Has the church focussed on the gay issue to the exclusion of all other sins?

John Richardson (who blogs as the Ugley Vicar) is part of the conservative-evangelical Anglican group Reform. He believes there is a line to be drawn when it comes to the church condoning same sex activity among its members.

Martin Hallett is the former director of The True Freedom Trust. As a Christian of homosexual orientation he chooses to remain celibate, believing the Bible does not condone same sex activity. But he says the church is often guilty of homophobia too.

For more Christian theological debates visit http://www.premier.org.uk/unbelievable or get the MP3 podcast or via Itunes

Unbelievable? 18 Apr 2009 - Peter Kerridge, Terry Sanderson and Andrea Williams - “I am A Christian” - are Christians being marginalised in society?