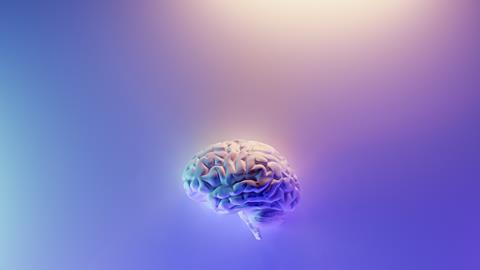 McGilchrist’s brain science points towards God. But it still leaves many questions unanswered

Iain McGilchrist’s books are difficult. They are unashamedly scholarly, comprehensive and long. So, any way to ease people into his world is to be welcomed, such as the recent Big Conversation with Justin Brierley and Sharon Dirckx, from the Oxford Centre for Christian Apologetics.

McGilchrist’s central idea was first laid out in The Master and His Emissary, subtitled The Divided Brain and the Making of the Western World [2009]. Here, he explains that the brain’s hemispheres work differently and mediate different types of thought. The left hemisphere is analytical, rational, sequential and categorical. The right, on the other hand, is imaginative, creative and syncretic.

Across many domains of neurology, neurophysiology, psychology, literature, art and history, he argues that modern culture has allowed the left hemisphere to “dominate” the right, and so reduce the richness of human existence by denying full access to the capacities of the right hemisphere. He extended his argument in Ways of Attending: How our Divided Brain Constructs the World [2018].

In McGilchrist’s recent two-volume magnum opus, The Matter with Things: Our Brains, Our Delusions, and the Unmaking of the World [2021], he offers an extended critique of reductionist materialism, that can be caricatured as “I am nothing but my neurons”. Sharon Dirckx, author of Am I Just My Brain? [2019] happily concurs.

Just because a scientist studies oxytocin in the brains of pregnant rats, in order to understand how that chemical might contribute to the experience of human happiness, it does not mean that she believes her happiness is satisfactorily explained by the presence of oxytocin in her brain.

There is much to be learnt from the brain hemisphere-view of McGilchrist’s world.

The big idea that the left hemisphere overwhelms the right unhealthily, through a culture that arrogates algorithm above poetry, leads to the welcome cry to restore creativity and imagination. And to “awaken” the right hemisphere, we need rest and distraction.

McGilchrist argues effectively for a restoration of intuition and imagination as “imagination is the only chance we have to reach reality”. We should resist definitions of God and follow St Augustine ‘si comprehendis, non est Deus’ [or more prosaically, as Louis Armstrong said “If you have to ask what jazz is, you’ll never know”].

Bravely, Justin asks McGilchrist to sum up his thoughts of God, in a nutshell, which must be the last thing he wishes to do…. But he ends up saying that he believes in ‘panentheism’ - that God is in all things and all things are in God, but neither of these things exhausts God. This has a fruitful tension with the Christian theology of the embodied kenosis of Christ.

You can imagine the writer of John’s letters nodding appreciatively to this statement by McGilchrist: “God is manifesting in all kinds of ways and bringing into being what is implicit or only potential within him, and that we and the Cosmos and that divine being are in co-creation together. What we are doing is unfolding aspects of the divine.”

Some hard questions remained unasked by Justin or Dr Dirckx. Firstly, what is the causal relationship between the faculties of the hemispheres and culture? Has Western parenting and education moulded the brain “top-down”? Or has something happened in the hemispheres of our brains to promote, bottom-up, a “left-hemisphere” ordering of society?

McGilchrist is not easy to pin down on this issue, because of his tendency to elide metaphor and metonym. So, in this discussion we hear him say that the left hemisphere is “not happy” with ambivalences, with things that cannot be specified in black and white… whereas the right hemisphere is “content with the idea that it has to be able to keep together two things, both of which seem to be true”. But how helpful is it to ascribe “happiness” and “contentment” to a hemisphere?

Where in your brain are ‘you’?

Another hard question is: what level of organisation constitutes the authentic individual? McGilchrist sometimes allows the impression that the “real me” is trapped in the right hemisphere, bullied into submission by a left hemisphere that imposes external values.

But, if such fractionation is permissible, why not take it further? Why not ask what other parts of the brain “really think”. Is the caudate “happy” to be restrained by the frontal lobe? Or is the subthalamus yearning to get out from the yoke of the striatum? Perhaps our soul lies in the pineal after all, as Descartes and Francis Crick thought. Come to that, why stop at the brain: why not invoke the emotions of the liver and the heart, as in the Jewish bible?

For a neurologist, some of McGilchrist’s claims are clunky. For instance, he points to the phenomenon of “terminal lucidity” as important. He dogmatically states this means “people who have not spoken, not been capable of doing things, suddenly … start talking. And almost inevitably within usually the next 24 hours – and certainly not more than a week – they’ve died.” The truth is more prosaic, that lucid moments are very rare events, are contested even by those who witness them, and occur at any stage of a dementing illness.

These criticisms notwithstanding, McGilchrist is gracious and open towards Christianity, which he describes as the “most powerful mythos about God that I can think of”, but he does not like the exclusivity of the faith “I think that’s a mistake”. And he says personal divine intervention “is a difficult one for me”.

His work, intense, personal, authoritative and broadly informed, is a gift to all those who struggle to make sense of the world of spirit, thought and matter. And his courage to tackle religious thinking, against the advice of his fellow philosophers, is greatly to his credit.

Prof Alasdair Coles is a Neurologist at Cambridge University https://www.neuroscience.cam.ac.uk/directory/profile.php?Alcool

Watch Iain McGilchrist and Sharon Dirckx discuss ‘Is there a Master behind our Mind?’