Where Was God When Will's World Fell Apart? 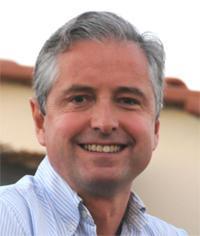 It was in 1996 that Will Pearson-Gee’s world fell apart. One day while he was at work his wife his wife took their young son and daughter for a day at the beach. But driving home her car hit a lorry coming in the other direction. Will’s wife and son died instantly, though remarkably his daughter survived almost unmarked.

When Will was asked to identify the body of his wife and child in the morgue, he broke down, he wept, and cried and shouted.

We all experience pain in our life, and all of us at some point come across that hard question: “Why? Why would a loving God allow this to happen?”. It is perhaps the hardest question that Christians get asked by those who don’t believe.

Will was not a Christian, but his story has a remarkable outcome. In his own words he explains how in that morgue, looking at his dead wife and son he thought: “There was so much life, particularly in my little boy, I just couldn’t believe it was the end of him and so I thought ‘where have they gone?’”.

Then my eye was drawn to a very simple crucifix on the wall of the mortuary. It was a sign of the Christian faith to which I had been exposed since I was a child but never really thought anything about. It’s like a penny dropped, and it suddenly became not just a cross, but a sign of hope for me.”

It was the start of Will’s journey toward Christian faith. It didn’t make the pain go away, but Will equally knew that the world made even less sense if there was no God who could one day put an end to suffering.  Christians may not know all the answers when it comes to suffering, but we do know a

God who suffered too…on a cross…and sometimes that is one of the best answers we can offer.

Amy Orr-Ewing will be speaking on “How do Christians respond to the problem of pain?” at this year’s Unbelievable? The Conference 2013 on Sat 25 May.