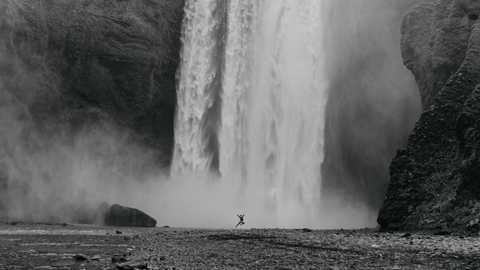 And it was very good: creation and humanity

Erik Strandness explores the place of humans on this planet

We are all aware that plants and animals occupy distinct ecological niches. We know that various climates favour certain types of flora and fauna. We even travel the globe to encounter species that are not native to the areas in which we live. But what ecological niche do humans occupy? Interestingly, humans can be found inhabiting the arctic, the jungle, the desert, the mountains, and even space stations. Based on all this evidence, I think we must conclude that humans don’t have a specific ecological niche. If this is true, then we need to ask ourselves what the heck we are doing here? Why would nature evolve creatures who are at best ecologically useless and at worst ecologically harmful?

Humans get blamed for all the planet’s ecological problems and yet we are still the only ones capable of solving them. Some radical environmentalists think that the world would be a better place if we got rid of all the humans. While this is certainly a very extreme sentiment, it does highlight the unique place that humans occupy on this planet. We are simultaneously viewed as environmental villains and saviours. We can pave paradise and put up a parking lot as well as curtail construction and create a conservation area. We can cut down trees and endanger the Spotted Owl but then also repopulate the nearly extinct California Condor. We are painters and polluters. We manufacture wasp traps but then make a movie about A Bug’s Life.

If the goal of evolution is to produce creatures best suited to their environment, then why don’t we feel at home on this planet? Why do we feel like earthbound strangers with heavenly travel plans? We behave as if we came down from on high and got our feet dirty rather than evolving from the ground up and somehow finding our heads in the clouds.

Interestingly, instead of embracing our naturally selected success we seem obsessed with going to bat for the evolutionary underachiever. We step up to the plate for the SilverBack Gorilla, but then sadly see that the gorilla is oblivious to the plight of neighbouring African children dying of starvation. No other species seems to care. No other creature behaves like us. Doesn’t that seem odd?

Is it possible that we humans were put on this planet for reasons other than being cogs in an ecological machine?

In Genesis, God creates the earth sequentially good until he creates humans and then the world becomes very good. If humans are ecologically useless then what is it about them that makes the world very good?

“And God blessed them. And God said to them, ‘Be fruitful and multiply and fill the earth and subdue it and have dominion over the fish of the sea and over the birds of the heavens and over every living thing that moves on the earth.’” (Genesis 1:28)

It appears that what makes the world very good is the presence of humans who have dominion over God’s creation. Dominion, however, does not mean exploitation. Dominion is rather the charge to maintain the world’s very good status. The problem is that with great power comes great responsibility and instead of acting in God’s stead humans act as if they were God. When humans fell, they grabbed nature’s curtain and pulled it down with them, but sadly as they tried to right themselves, they engaged in unspeakable wrong. In mankind’s zeal to fix, he has broken. In his desire to divinely care take, he has become mortally negligent.

Paul explained that the Fall of mankind subjected the creation to futility and placed it in bondage to decay. Nature, unable to remain silent, groans. Interestingly, the only creatures capable of hearing those sighs are humans. Paul makes it clear that the solution to the problem is not to be better humans but to accept the responsibility of being sons of God. We need a spiritual fix to our physical problem.

“For the creation waits with eager longing for the revealing of the sons of God. For the creation was subjected to futility, not willingly, but because of him who subjected it, in hope that the creation itself will be set free from its bondage to decay and obtain the freedom of the glory of the children of God. For we know that the whole creation has been groaning together in the pains of childbirth until now. And not only the creation, but we ourselves, who have the first fruits of the Spirit, groan inwardly as we wait eagerly for adoption as sons, the redemption of our bodies.” (Romans 8:19-23)

The reason that we don’t have an ecological niche is because we were created to occupy a spiritual one. We weren’t created to be above the animals but to be a little lower than the angels. We are called to be divine image-bearers and not monkey’s uncles. God is mindful of us because we are image-bearers with a job to do and although we often show up late for work and do a shoddy job, He knows that when we stop acting like employees and start acting like sons and daughters the family gardening business will once again thrive.

“When I look at your heavens, the work of your fingers,

the moon and the stars, which you have set in place,

what is man that you are mindful of him,

and the son of man that you care for him?

and crowned him with glory and honour.

You have given him dominion over the works of your hands;

you have put all things under his feet,

all sheep and oxen,

and also the beasts of the field,

the birds of the heavens, and the fish of the sea,

whatever passes along the paths of the seas.” (Psalm 8)