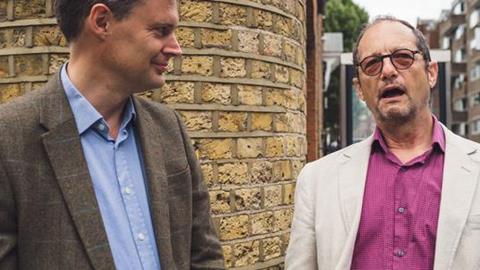 Good-natured discussions between well-informed individuals are in short supply.  For that reason, Peter Williams’ discussion of his most recent book (‘Can We Trust the Gospels?’) with New Testament scholar Bart Ehrman is a must-watch.  Much was claimed on both sides in a wide-ranging debate. Here I parse some of the key arguments.

First up, an overview of each man’s position.

Williams says that the Gospels contain numerous indicators of trustworthiness.  They are predicated on an accurate knowledge of non-trivial facts such as:

That does not, of course, prove the Gospels’ claims are true, but it does give us a good reason to trust them, especially in light of how hard to come by some of the above facts would have been in the 1st century.

Williams later frames his argument as an inference to the best explanation.  Simple explanations, he says, are preferable to complex ones. The level and kind of knowledge contained in the Gospels is most simply explained by the hypothesis they are accurately preserved accounts of historical events.

Granted, other explanations can always be proffered. However, such explanations typically require a number of independent and co-ordinated elements. For example, a selective corruption mechanism (which corrupts a story’s core yet accurately preserves its details) and a committee ready to credit Jesus with ingenious parables. All of which soon becomes excessively convoluted.

The first is an undercutter of Williams’ central argument. The accuracy of a story’s details, Ehrman says, is irrelevant to its general trustworthiness. Stories can be accurate in their details yet ahistorical at their core. Indeed, oral traditions are known to produce precisely such ‘selectively corrupted’ stories. In oral transmission, the details of a story are (accurately) preserved while the core of the story morphs and evolves. Hence, what Williams proffers as a reason to trust the Gospels is nothing of the sort.

The second component of Ehrman’s case is an argument in its own right - specifically, an argument against the reliability of the Gospels. Many of the NT’s narratives, Ehrman says, contradict one another.  Take the death of Judas.  Matthew has Judas hang himself in a field purchased by the chief priests, while Luke’s account ends with Judas’s body burst open in a field purchased by Judas himself (cp. Matt. 27.3–8, Acts 1.18–19). These accounts can’t both be true says Ehrman. In at least some cases, then, the Gospels clearly can’t be trusted (or the book of Acts can’t).

The final component of Ehrman’s response is a generic undercutter of Williams’ methodology. In Ehrman’s view, theology and history don’t mix.  When you come to the Gospels already convinced of their accuracy, you’re not engaged in history, you’re engaged in theology.  If you want to do history, you have to be prepared to change your mind. As traumatic as it might be, you have to commit to go ‘wherever the truth/evidence leads you’, which people who are committed to Biblical inerrancy have chosen not to do.

So then. What are we to make of the above arguments and undercutters?

I don’t pretend to be a neutral observer in the matter (I’m a committed Christian.)  But, while I was initially impressed with Ehrman’s case, I ultimately found it to be quite weak.

Consider Ehrman’s undercutter of Williams’ central argument.  The premise of Ehrman’s undercutter is unobjectionable.  An author could, in theory, get the details of a story right and yet get its core very wrong. But what could happen (insofar as it’s logically possible) isn’t the important issue here.

All sorts of things could transpire in the preservation of a story. For instance, the exact opposite of the scenario proposed by Ehrman could transpire;  that is to say, an author could get the details of a story wrong and yet get its core 100% right. But would Ehrman, on that basis, dismiss an author’s lack of accuracy in matters of detail as irrelevant? I doubt it.

Suppose Luke had the Passover celebrated in the 4th month of the Jewish calendar. And suppose Mark had etrogim (the Jewish citron fruit) brought to Jerusalem at the time of Jesus’ crucifixion. And suppose Matthew had Jesus buried half a mile north of Jerusalem in a city named Be’er-Sheva. All these would constitute inconsistent historical details. Would Ehrman dismiss these implausibilities as irrelevant to the question of whether the Gospels’ accounts of Jesus’ resurrection can be trusted? I doubt it. And I wouldn’t expect him to.

If we test the details of an author’s story and find them to be implausible, then we have reason to be sceptical of the rest of his story.  We lose confidence in our author as a witness/source. On pain of consistency, then, if we find the details of our author’s story to be credible, it should (ceteris paribus) increase our confidence in him as a source, especially if those details are non-trivial.

The same logic is routinely applied in legal matters. Suppose a witness claims to have seen an accident take place. And suppose the witness is questioned in order to determine if the details of his story stack up, i.e. to determine if he saw what he would have seen had he been where he claimed to be. If the details of the witness’s testimony are found to be implausible, it will do little good for a lawyer to stand up and say, “well, okay, my star witness might not look like very reliable as far as the details of his testimony are concerned, but he could nevertheless be right about the main substance of it!”

It’s a matter of credibility. Witnesses need to demonstrate they can be trusted.

We therefore come to the matter of oral tradition.

The oral transmission of stories, Ehrman says, has been shown to preserve their details yet (simultaneously) morph their core. So, while the accuracy of the Gospels’ details might be quite impressive, that doesn’t tell us very much. It’s what we’d expect if the Gospels are the products of oral traditions.

What can be said by way of assessment of Ehrman’s argument?  Much in every respect.  For the moment, however, let me simply highlight three brief points:

First, as Williams points out, the premise of Ehrman’s argument can’t be taken for granted.  We don’t know the Gospels are the products of oral traditions, nor do we know how long after Jesus’ death they were composed. These are assumptions, which may or may not be correct. And, if they are incorrect, Ehrman’s argument fails.

Second, it’s not entirely clear what Ehrman means by the term ‘oral tradition’. At one point in the discussion, Ehrman raises the issue of how Luke compiled his gospel. Williams says Luke could have interviewed people, which Ehrman classes as a reliance on ‘oral sources’.  But does Ehrman think Luke should be seen as the recipient of an ‘oral tradition’ simply because he’s interviewed people?

If conclusions are to be drawn from it, the term ‘oral tradition’ needs to be carefully defined.  If I hear a reporter on Sky News cite an eyewitness statement, have I received information by means of an oral tradition? And can that information be assumed to have been affected/corrupted by the processes standardly observed in oral traditions? It’s therefore unclear whether the studies cited by Ehrman are relevant to the Gospels.

Third, while oral traditions have been shown to corrupt personal names, the Gospels have been shown to preserve personal names (a point by Williams that Ehrman was happy to admit). We therefore have reason to think the Gospels are not in fact the product of oral traditions (or at least were ‘protected’ from the normal effects of oral transmission).

In sum, then, I take Williams’ central argument to stand. The Gospels contain numerous indicators of trustworthiness.

The death of Judas contradiction

That brings us on to the issue of contradictions. Ehrman considers the NT’s narratives to contradict one another on a regular basis, and cites as a case in point the NT’s accounts of Judas’s death.

Needless to say, no shortage of literature has been devoted to the subject of Judas’ death. Indeed, Ehrman has blogged about it here. Williams has tweeted about it here. And I have shared my own thoughts on the matter here.

To cut a long story short: while the Biblical accounts of Judas’s death can be read in a contradictory manner, I cannot see any requirement to read them in such a way. To my mind, Matthew and Luke’s accounts fit together quite neatly, since each one ties up (or at least expands on) a loose end in the other.

Meanwhile, Luke’s account includes a loose end of its own. To find a body burst open in the middle of a field was not (one would assume) an everyday occurrence in 1st century Israel. Luke’s account requires Judas’ body to have fallen from a height.  Yet why would that have happened? Why would Judas’ body have been raised up from the ground in the middle of a field? Matthew provides the answer: because Judas hung himself, presumably from a tree.

While, therefore, the Biblical accounts of Judas’ death exhibit a superficial tension, they are underpinned by a harmony/coherence.

If Matt. 27 and Acts 1 are among the most awkward passages in the NT to reconcile, then the Gospels and Acts are in pretty good shape.

Finally then, we come to Ehrman’s generic undercutter of Williams’ position. If you want to do history, Ehrman says, you have to commit to go ‘wherever the truth/evidence leads’.  You can’t approach the issue with your mind already made up.

As Williams points out, however, life is not so simple. We all believe what we believe for a whole range of different reasons; we all try to synthesise what we believe into a coherent worldview; and we all interpret the evidence we encounter in light of that worldview.

Even in highly evidence-driven fields of enquiry (such as science and economics), it’s very unusual for a new data-point to overturn an established theory.

I wonder, however, whether many sceptics would be prepared to make similar concessions.  Consider, by way of illustration, the discussion presently under consideration. Like me, Williams seems happy to admit the difficulties implied by Luke’s chronology. In terms of the Gospels’ accuracy of detail, however, Ehrman seems loath to make a similar concession.  Rather than accept the Gospels’ details as a point in their favour, Ehrman dismisses the entire issue as ‘irrelevant’. Why? Might Ehrman’s view of the Gospels be more influenced by his presuppositions than he realises?

At the end of the day, we all have our biases and pre-commitments. The best thing we can do is lay them on the table so people are aware of how we have arrived at what we believe.  As the physicist David Bohm says,

‘Everybody has got some kind of metaphysics, even if he thinks he hasn’t. Indeed, the practical ‘hard-headed’ individual who ‘only goes by what he sees’ generally has a very dangerous kind of metaphysics, i.e. the kind of which he is unaware. Such metaphysics is dangerous because, in it, assumptions and inferences are mistaken for directly observed facts and are riveted to the structure of thought. What is called for, therefore, is an awareness of our metaphysical assumptions.’

While my evaluation of Ehrman’s arguments has not been favourable, I have enjoyed and benefitted from his engagement with Williams’ work.  In conclusion, then, it only remains for me to thank Bart Ehrman and Peter Williams for their participation in the above discussion, and Justin Brierley and Premier Christian Radio for its broadcast.  Sustained consideration of the Gospels in all their glorious detail can only ultimately be a good thing.

James Bejon studies at Tyndale House in Cambridge, whose aim is to make high-quality biblical scholarship available as widely as possible.