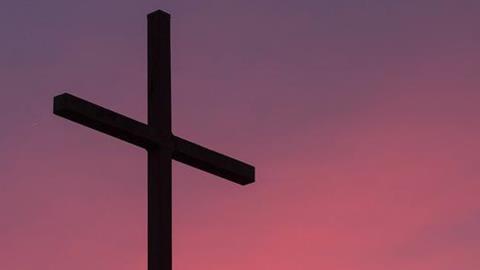 Despite banning, burning and belittling, the cross still stands

The preacher J John tells the story of meeting a supermarket cashier who was wearing a cross on a necklace. He asked her if she was a Christian.

He then asked her what she would think of him if he went around wearing a model of an electric chair as a piece of jewellery.

“I’d think you were crazy,” she replied.

He pointed out to her that the cross she was wearing was every bit as much a symbol of execution as the electric chair. The only difference is that, “Jesus didn’t wear it around his neck, he wore it on his back”.

The story of a cross being used as a commonplace fashion item demonstrates just how culturally ubiquitous the symbol has become, yet how ignorant our secular culture is of its original meaning.

Thousands of Jewish people died by crucifixion under the rule of the brutal Roman Empire in the time of Jesus. It was a uniquely sadistic type of punishment. Even comparing it to modern forms of execution doesn’t do it justice, since the electric chair is a far quicker and more merciful way of killing a human being.

In contrast, crucifixion was a long, excruciatingly painful and (perhaps most significantly) incredibly shameful way of dying. Even once the victim died, the decomposing bodies were left exposed for carrion and vermin to attack. These gruesome sights would line the highways, as a warning to anyone planning on fomenting a rebellion, of what happens to people who oppose the power of the Roman Empire.

Crucifixion was eventually outlawed as a form of execution because it was deemed too cruel. When I interviewed N. T. Wright about the cross he said: “Crucifixion was the most barbaric and horrible way to die in those days. Yet Christians made the cross the symbol of their movement from the very beginning.”

At the centre of our culture

Only a few centuries later that movement had swept the known world. Today, the cross remains one of the most recognisable symbols in the world, endlessly represented in art, fashion and architecture down the ages. One wag has likened the history of Western art up to the 20th Century as “Two thousand years of crosses, followed by stripes”.

The cross has also been a source of offense to many. Through the years it has been banned, burned and spat upon. During the 20th century, successive communist regimes attempted to erase it from public display, and today the Chinese government continues to strip thousands of churches of crosses in an attempt to slow the growth of Christianity.

So why has the cross become so revered and so feared?

It’s highly significant that the cross was adopted as the most unlikely symbol of hope and love by the earliest Christians. Believing that their crucified Messiah represented God’s salvation plan for the world was just about the strangest idea that a group of Jewish followers could have come up with. That fact alone suggests that something radical happened in history to effect such a change.

Consequently the cross that Jesus died upon became an extraordinarily potent symbol of love triumphing over hate, peace over pain, and forgiveness instead of fear. However, the cultural significance of the cross goes far deeper than most of us realise.

When popular historian Tom Holland appeared on my Unbelievable? show recently, he spoke of the many values we take for granted in modernity such as human equality, compassion for the marginalised and care for those who suffer as victims. None of these values were present in the classical era that Holland has spent his life writing about. So where have they come from? He argued that historically they are directly tied to the fact that Christianity was founded on the radical idea of a God who dies as a victim himself.

An idea that changed the world

The first Christians proclaimed that Jesus died, not as a failed revolutionary, but as a perfect sacrifice through whose death God was reconciling the whole of his disordered creation back to himself. They said that Jesus volunteered himself in our place to suffer all the consequences of the sin, pain and rebellion we have created. They told of how his death was the turning point in a cosmic spiritual battle, in which love battled hate… and love won.

Since then generations of Christian believers have claimed to be transformed by trusting in Jesus’ death for forgiveness and receiving a new life through his spirit. They claimed the cross as the defining event by which God showed his love for the world, and went on to shape the world in the light of its example.

Yet, familiarity breeds contempt and as the cross became a ubiquitous symbol in the modern world so the power of its message has been lost. Our preference for stylised and sanitised depictions of the crucifixion have stripped it of its raw brutality. Turning it into a fashion item has stripped it of its subversive message.

Some modern commentators have suggested that we should attempt to recover the meaning of cross by using modern images which still retain their shock value. Christians have been ‘crucified with Christ’ (Gal 2:20) but what if we described ourselves as being ‘lynched alongside Christ’?

Through the centuries the cross has remained a talisman of hope for those who have experienced the worst suffering or ended up as victims at the bottom of society. The idea that God is not a distant deity but has suffered with us and for us in the most shameful way is still as bizarre and beautiful as it ever was. It has changed, shaped and steered the course of our world for two millennia and will continue to do so.

Whatever the method, Christian are called to continue pointing sceptics towards the ‘foolishness’ of the cross that Paul spoke of in 1 Corinthians. It has changed the world and still changes people today.