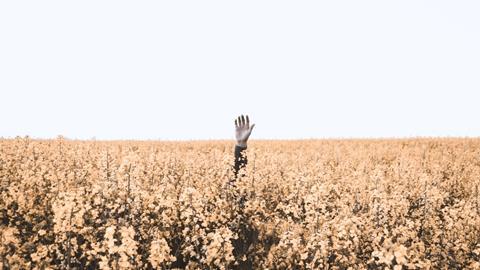 Who are the ‘Nones’ and how can we reach them?

With the number of people identifying as ‘non religious’ on the rise, Theos researcher, Dr Hannah Waite, explores who these ‘Nones’ are and how we can meaningfully engage with them

With the release of the 2021 religion census data, we have seen for the first time ever that less than 50% of those in England and Wales identify as Christian, with numbers dropping from 59.3% in 2011 to 46.2% in 2021. Not only is the decline of Christianity noteworthy, but so is the rise of the non-religious.

The non-religious population has risen from 25.2% to 37.2% in England and Wales and from 10.1% to 17.4% in Northern Ireland over the last ten years. The Office for National Statistics reports that the latest data has seen the “largest changes since 2011” for those describing their religion as Christian and those reporting no religion.

Who is this growing group of the non-religious, or the ‘Nones’ as we affectionately call them?

Our latest Theos report The Nones: Who are they and what do they believe? addresses this question and unpacks the beliefs and demographics of this growing population. To begin with, the report shows that only 51% of Nones say they do not believe in God and only 27% appear to be agonistic, stating: “I don’t know whether there is a God, and I don’t believe there is any way to find out.” A further 14% believe not in a personal God but a higher power of some kind, and the final 9% believe in God/gods to varying degrees.

The report highlights that being a None does not simply mean all individuals within this category are anti-religion, anti-god or anti-spirituality. Instead, we found that 42% of Nones believe in some form of spirituality, be that in ghosts, life after death, reincarnation, angels, heaven or hell. This research highlights that there is just as much nuance and diversity under the rubric of non-religion as there is with religion!

In and amongst this nuance and diversity we were able to identify three unique ways of being a ‘None’.

The first of these is what we have called the Spiritual Nones. Four out of five (80%) of those in this category believe in some form of the spiritual and supernatural. They are a group of individuals who have often been dubbed “spiritual but not religious”.

In fact, the largest group of those in this camp (36%) believe not in a personal God, but in a higher power, and only 11% state they do not believe in God! A quarter believes in gods/God to a greater or less extent, and a further 29% are agonistic, stating they do not know whether there is a God and do not believe we have a way to find out.

The second are what we have called the Campaigning Nones. Individuals who find themselves in this camp are strongly atheistic with 79% stating “I do not believe in God”, and the rest being agnostic. They do not see any value in religion with 89% agreeing that religion has no place in the modern world, and believe that the Bible is an irrelevant collection of ancient myths.

Campaigning Nones hold extremely negative views of religion and view it as an undeniable evil in this world.

Our final group are those who we have called the Tolerant Nones. Tolerant Nones are very much ‘what you see (or in this instance, read about their description) is what you get’. They are just as atheistic as campaigning Nones, but with none of the hostility towards religion.

They lead a ‘live and let live’ lifestyle. They themselves are not religious, but they believe that religion has some place to play in our society, and that it offers some helpful insights when it comes to ethics.

So, what does this mean for Christians, and how does it reshape how we understand the non-religious?

To begin with, Christians need to understand not all Nones are the same, nor do they believe the same things. In this way, Christians will have to readjust their thinking and narrative when it comes to how to engage with the Nones.

One way in which this can be done is to realise that they do not need to put their apologetics helmet and shield on to prepare for a battle with an individual about God, the Bible or the place of religion in society purely because they are non-religious. Indeed, there is a high possibility that though an individual is not religious it does not mean they automatically hold hostile views to religion and going in on the defensive can create battles and conversations full of tensions from the outset.

Secondly, it may be that recognising where individuals may sit within this spectrum may help one to navigate how to approach the conversation of God, faith, religion and spirituality with an individual.

For example, if you are seeking to discuss the spiritual component of your faith with a Spiritual None you could begin by asking do you think humans are spiritual beings? Why do you think they are or are not? Do you think that being spiritual is related to religion?

Unfortunately, with Campaigning Nones you may need to prepare for tension, but that does not mean all conversations are to be either avoided or ignored. Instead, when it comes to our friends who are Campaigning Nones perhaps the most important lesson we can learn is how to have difficult conversations about faith in a conducive way that ends not in anger, but in looking to understand one’s point of view better.

It is the hope that this research will help us understand that the majority of our non-religious neighbours are not vehemently against religion or God, although some are. Instead, this research shows that having conversations about faith and religion with our non-religious friends and family is not something to shy away from or, indeed, be frightened of. Rather, it means that to have these conversations well, respectfully and honestly means understanding and listening to the non-religious about why they do not believe in God/ religion (and what they do believe in) with as much attention as we would like to receive when discussing our faith.

Dr Hannah Waite is a researcher at Theos think tank. Her research interests include science and religion, mental health, disability and practical theology. Hannah holds a doctorate in Practical Theology from the University of Aberdeen, and is the author of ‘Nones: who are they and what do they believe?’ Hannah is also the co-author of Theos’ report ‘Science and Religion’: Moving away from the shallow end, and various Theos briefing papers such as ‘The promise of scientific immortality – who wants to live forever?’.