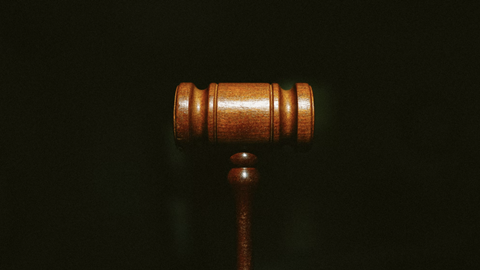 Apologist Clinton Wilcox shares two iterations of the moral argument, which he believes help point us to the existence of God

Moral arguments (also called axiological arguments) are one of the major types of arguments to prove God’s existence. These types of arguments tend to reason from the fact morality is objectively recognisable and binding on all people at all times (eg it is always wrong to commit a murder, no matter what nation or time period you are born into), to there being something that ultimately grounds those moral facts. The moral argument does not prove the existence of God on its own. It is ordinarily used in a cumulative case for God’s existence, being one link in a chain with all the other arguments which serve as evidence for God’s existence.

The various categories of arguments tend to have several iterations, as different philosophers have developed different formulations of it. Possibly the most well-known philosopher who defends God’s existence is William Lane Craig, who has his own formulation of the argument. Another well-known iteration was by CS Lewis, who was not a philosopher but nevertheless is highly regarded by many Christians as a serious Christian intellectual. The late Christian philosopher Norman Geisler, in his Baker Encyclopedia of Christian Apologetics, wrote not only was Lewis’ formulation of the argument the most popular modern form of it, and not only does he give the argument in its most complete form, he also answers major objections to it. Space does not allow me to give a full treatment of these arguments and all the possible responses to them, but I will give a basic treatment of two of the most persuasive versions of the argument.

1) If God does not exist, objective moral values and duties do not exist.

In defence of premise one, Craig first points out that on naturalism, human beings are accidental byproducts of a mindless evolutionary process. So why think, given this, humans have objective moral value? Morality, itself, is nothing but a biological byproduct of evolution. An animal doesn’t, for example, exhibit cooperative behaviour because it is the right thing to do, an animal exhibits that behaviour because it is advantageous in the fight for survival. Craig’s second point is there is no basis for objective moral duties on atheism. Human beings are just animals and animals have no moral obligations to each other.

In defence of premise two, Craig argues that in our moral experience, we apprehend a realm of objective moral values and duties just as we apprehend the physical realm through our sensory experience. So it is rational to trust our senses when it comes to perceiving these moral facts just as it is rational to trust our perceptions of the physical world, in the absence of some defeater for them.

1) There must be a universal moral law, or else: a) moral disagreements would make no sense…b) all moral criticisms would be meaningless…c) it is unnecessary to keep promises or treaties…d) we would not make excuses for breaking the moral law.

2) But a universal moral law requires a universal Moral Law Giver, since the source of it: a) gives moral commands (as lawgivers do), b) is interested in our behaviour (as moral persons are).

4) Therefore, there must be an absolutely good Moral Law Giver.

This argument makes sense because we have experience of it in our own lives. We all know there are things we should do and things we should not. Lewis invites us to imagine a society in which a soldier is proud of deserting his company or where people happily betray people who have shown them the most kindness. But this is like imagining a society in which 2+2=5. We can’t imagine it because we all know this is not the way things are supposed to be.

Lewis continues by saying there is a law of nature that we know through observation. When we say something obeys a law of nature, what we just mean by this is that natural things behave in certain predictable ways. But what Lewis calls the Law of Human Nature, ie of right and wrong, is something above and beyond the facts of human behaviour. It is a real law which we did not invent and yet we know we ought to obey it.

A universal moral law implies there is a lawgiver and one who can hold us accountable for our actions. It would simply not make sense to assert moral facts are just brute facts (that is, things that just exist with no explanation). If that were the case, there would be nothing obligating us to do good. You could say “it’s true that murder is wrong”, but you would have no reason to abide by that moral claim if you could get away with it indefinitely.

Furthermore, if this Universal Moral Law Giver is the giver of the moral law, this law giver must be all-good, for he could not be the standard of moral perfection unless he was perfect, himself. If you play a note on a musical instrument, you can tell whether that note is in tune or out of tune (believe me on that). The fact a musical instrument can be played out of tune implies there is a standard of in-tuneness that can be achieved by any and all musical instruments. Morality is much the same: we know if someone is acting immorally, but in order to know when someone is acting immorally, there must be an ultimate standard of goodness. This ultimate standard must be all-good in order to be the standard for goodness.

I find the moral argument compelling, not just because the moral law is something we all intuitively know exists, but also because it leads naturally into the gospel. The good news of Jesus is that while we are all sinners, Christ died on the cross to save us from our sins. But we have to recognise our sins and repent of them. Making a case for the objectivity of moral facts and showing that the Moral Law implies a Moral Law Giver leads quite naturally to showing people that we all sin and consequently we are all in need of a Saviour.

Clinton Wilcox is a staff apologist for Life Training Institute. He specializes in training pro-life people to make the pro-life case more effectively and persuasively. He is also a certified speaker and mentor for Justice for All. You can read his blog and follow him on Twitter.