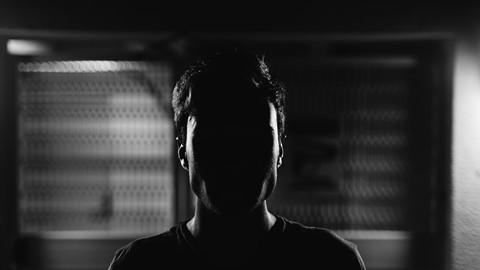 Unbelievable? recently broadcast a webinar panel discussion about sexual abuse and leadership scandals. The intention of the show was to serve the Church in learning from these crises and to support victims of abuse. The panellists included Diane Langberg and Rachael Denhollander. Diane is a psychologist and author of ‘Redeeming Power’. She helps in the area of trauma and abuse, both for caregivers and clergy around the world. Rachael is an attorney and advocate for abuse survivors. The author of ‘What is a Girl Worth?’, she was the first woman to publically accuse US gymnastics doctor Larry Nassar of sexual assault.

During the webinar various leadership scandals were discussed, including the abuse perpetrated by Ravi Zacharias of RZIM. Amy Orr-Ewing, an author, speaker and theologian who previously worked with RZIM shared some of her insights on this topic. One of the things she mentioned during the discussion was how deeply troubling she found it that there was a non-disclosure agreement (NDA) in place. Her and many of the team at RZIM questioned the rightness of a Christian organisation having NDAs.

Diane Langberg and Rachael Denhollander also commented on this topic. Diane said: “I find NDAs very distressing. We say we follow the God of truth and the God of light. And an NDA basically says, ‘shut up’. That’s its message. And if you don’t, something bad will happen to you. So, it is a terrific tool for getting people to be silent, which continues to cover up things that God hates.

I’ve worked with people who’ve tried to get rid of them in their lives who are victims who can’t tell their story without, who knows who would rain down on them if they did and things like that. I think the Church is supposed to invite to the light, whether it’s somebody in the pew or somebody in the pulpit. The Church is supposed to call us to truth and where it doesn’t, it is not following Jesus Christ.”

Rachael Denhollander agreed and added her insight as an attorney: “This is a huge problem in Christendom. And just so that those listening to the webinar understand what a significant problem this is and ways that they can question it - so much of the time what we hear with NDAs is: “Well, we have to have this to not just protect the interests of our organisation but to protect things we have to legally protect.”

When you’re dealing with a non-profit you have to protect things like donor lists and things that are patented or trademark. There are certain things that by statute have to be protected. However, those things can be protected in the employment contract, in a termination or a severance package. Those things can be identified and protected in the contract without an accompanying NDA. You do not need an NDA to protect the things that you’re legally required to protect as an organisation. The NDA is well above and beyond, it is usually focussed on: “Don’t say anything bad about our organisation.” It is not necessary to have an NDA.

In some places as it relates to sexual abuse in the United States they are actually illegal. I’m an attorney and I’m barred in California, that’s where I have my licence. NDAs relating to childhood sexual abuse are illegal in California. I cannot do them as an attorney because it is such a tool that is used by institutions to silence survivors and to perpetuate this cycle of abuse where nobody can speak up. There is nothing you can do about it.

They’re not necessary, in some places they are actually illegal as it relates to sexual abuse, and that’s just a very tangible area that everybody can go back to their churches and their ministries and say: “Hey, what’s our policy on NDAs? What is your attorney advising you? How are you handling these things? What NDAs do we have in place?”

Especially if you are on a board of trustees, go find out what NDAs are in place for your organisation, you have a right to know. Find out how they’re being used, find out what the policy is, find out what your general counsel is telling you to do with NDAs because if you have a general counsel that’s pushing you towards NDAs they might be giving you the common place legal advice but as a Christian organisation they are not giving you the what does the bible say advice? What’s our moral and ethical code going to be?

They simply may not be as skilled as you think, they are navigating the differences between what you have to protect legally; your donor lists and your trademarks and your patents, between navigating and protecting those things and how an NDA is actually used. They are not the same thing. That question of what a bystander can do, that’s a really tangible thing that you as a bystander can do. Go find out what your church and the ministries you’re involved in are doing with NDAs.”

These comments are taken from a webinar panel discussion about sexual abuse and leadership scandals. You can listen to the whole show here.

Diane Langberg is a psychologist and author of ‘Redeeming Power’. She helps in the area of trauma and abuse, both for caregivers and clergy around the world.

Rachael Denhollander is an attorney and advocate for abuse survivors. The author of ‘What is a Girl Worth?’, she was the first woman to publicly accuse US gymnastics doctor Larry Nassar of sexual assault.