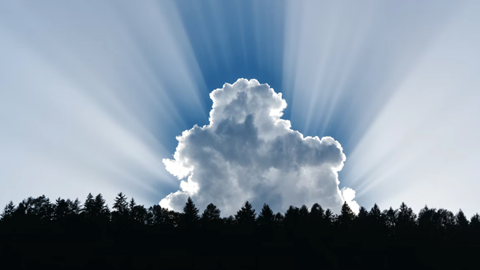 Is it arrogant for Jesus to claim to be the only way to get to heaven?

When Jesus said, “I am the way and the truth and the life. No one comes to the Father except through me,” (John 14:6 CSB) was he being arrogant? Many sceptics – and even some Christians! – are offended by the idea that Christianity is an ‘exclusive’ religion. At first glance, it might seem arrogant of Jesus to think that he is the only way to get to heaven. But is it really arrogance on Jesus’ part, or something else entirely?

What is arrogance, and why do people find it offensive?

These days more than ever, it is vitally important to define terms. Thoughtful communicators can no longer assume that everyone is on the same page at the outset of a conversation.

Consider the common claim that Christians are just ‘bigots’. Because Christianity has something to say about how God designed the world to function, there is fundamental disagreement with how some people choose to live. When Christians voice their disagreement, they are often lambasted for being bigoted, unloving, etc.

In reality, nothing could be further from the truth. It is actually love that motivates most Christians (there are exceptions to every rule, of course). Most Christians desire to see people know the Lord and delight in his ways. If Jesus is the resolution to the human condition, the remedy for our pain and the answer to our suffering, then the most loving thing to do is call a person to repentance from the way of destruction and offer them the way of life.

Webster defines the term bigot as “a person who is obstinately or intolerantly devoted to his or her own opinions and prejudices”. The question becomes, what evidence can be marshalled against the Christian that this is the case?

The same thought process can be applied to the notion of arrogance. Again, Webster defines the term as “an attitude of superiority manifested in an overbearing manner or in presumptuous claims or assumptions”.

For Jesus to be considered arrogant, it seems that he would have to demonstrate some sort of superiority complex. Did Jesus do this? Not only did he not do this, but when his disciples did do this, they were rebuked.

Luke tells of a stunning example:

“An argument started among them about who was the greatest of them. But Jesus, knowing their inner thoughts, took a little child and had him stand next to him. He told them, ‘Whoever welcomes this little child in my name welcomes me. And whoever welcomes me welcomes him who sent me. For whoever is least among you—this one is great.’” Luke 9:46-48 (CSB)

The paradoxical teaching of Jesus is that the one who thinks he is great in this world is least in the Kingdom of Heaven.

Was Jesus overbearing? Hardly. Most people, whether religious or not, are willing to grant that Jesus was a kind, caring, morally upstanding teacher. In Matthew 11:29, Jesus said of himself: “I am gentle and lowly.” He surely proved this disposition.

Thus, according to any reasonable definition, Jesus was not at all arrogant. If we’re accurately defining our terms, Jesus is cleared of this charge.

This question, however, is still reasonably motivated. Stated in a way free of such emotionally charged language, it could be asked: “What gives Jesus the right to say that life eternal with God is available only through him?”

Why did Jesus say that he is the only way to get to heaven?

Modern Christians enjoy a tremendous benefit when it comes to Bible interpretation: Hindsight. As one reads the Bible from cover to cover, relying upon the wisdom of translations and engaging with an exhaustive breadth of scholarly materials, it is easy to wonder how the Jewish people could have been so naïve to miss the message of Jesus.

Time after time, even Jesus’ own disciples remained confused at his teachings (Mark 6:45-52, for example). And this is with the benefit of having walked with Jesus, day in and day out, for years.

The reason Jesus is the only way has to do with the concept of believing loyalty. For Jews, it was relatively uncontroversial to believe that Yahweh was the only means of salvation. Remember, Yahweh made a promise to Abraham, delivered the Israelites from Egypt and provided for them over and over. He eventually made a promise that, even despite their unfaithfulness, he would send a rescuer and form a new covenant with his people (Jer 31:31).

As long as they believed Yahweh and remained loyal to him, they were safe. The problem is, as becomes quite evident reading through the Old Testament, covenant faithfulness to God is impossible without divine intervention. The reason God needed to create a new, clean heart in his people (Eze 11:19) is because they did not need behavioural transformation or more willpower, what they needed was a heart that fundamentally loves the Lord and wants to please him.

God was willing to extend this grace. But since the Christian worldview is grounded in reality, it must reckon with an important tension: God is loving and merciful, but is also a just judge. Humanity has transgressed and there is therefore a judgement, a price that must be paid in order to create that new heart in us.

Jesus, the second person of the Trinity enrobed in human flesh, was given as the sacrifice to make a way. He made redemption possible. He took the punishment and his righteousness is therefore imputed to all who will believe.

Jesus didn’t just claim to be a good teacher. He claimed to be the Son of God, sent from heaven to save humanity from their sin. So why did Jesus make this claim?

The answer is simple: because it is true. Jesus proved through many signs and wonders, including his own resurrection from the grave, that his claims were true. And there is a wealth of historical evidence suggesting this is the case.

Jesus is the only way because only he made the way. Only he gave his life. Only he rose from the dead. The Christian worldview is not one of many available paths. It is the only path, because it is historically true.

And Jesus was clear about what this means: There is a straight and narrow way that leads to life, and a broad path that leads to death (Matt 7).

It is therefore not arrogant that Jesus claims to be the only way. It is loving, because it is right and truthful. God desires loyalty, but such loyalty cannot be merely ‘mustered up’ or accomplished by holding to a rulebook or checklist. It requires a new heart, but that new heart is only available by believing in Jesus Christ, trusting him with your life and confessing with your mouth that he is Lord (Rom. 10:8-10).