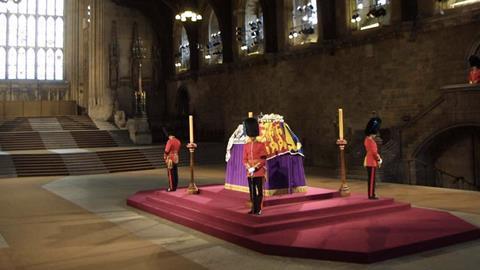 Humanists say our mourning of the Queen is too religious. But our Christian heritage is exactly what they need.

As hundreds of thousands attend memorials at churches and cathedrals and millions watch her funeral, Glen Scrivener says the death of the Queen is reminding the nation of its historic Christian roots.

“I have an urgent appeal to make,” writes Adam Rutherford, President of Humanists UK in a recent email to their supporters. Prompted by the death of Queen Elizabeth II and the remarkable outpouring of support for the royals, Rutherford writes: “We are in the midst of a cultural turning point. The forces of the Christian establishment – many well-meaning, others less benign – are rallying to cement the UK as a ‘Christian country’.”

The word “cement” is an interesting choice. It seems to concede the point that, structurally, Christianity has been foundational. Rutherford hopes that we may yet wriggle free before we’re mired forever, but he’s acknowledging something basic about Christianity—historically, at least. And he fears that the elaborate and deeply Christian pageantry of the last week will solidify ‘the Christian establishment.’ He feels that:

“A major claim is being pushed, both overtly and through grand symbolic overtures, that religion is the source of all morals and civilisation. Absent from the coverage is any real acknowledgement of the non-religious majority of the UK, our values, and the good lives we already lead. The rhetoric instead frames being non-religious as a moral deficiency.”

To me it has the feel of a Gentile warmly welcomed to a bar mitzvah but then complaining: “It’s all so Jewish, I wasn’t represented, there are other ways to raise children you know, frankly I feel judged.” If you were faced by such a critic it would be difficult to know where to begin. Perhaps, most basically, you’d say, “Whatever claims you want to make about Judaism and children in general, this child is Jewish. To celebrate the coming of age of this child will be a thoroughly Jewish affair. And you’re very welcome.” 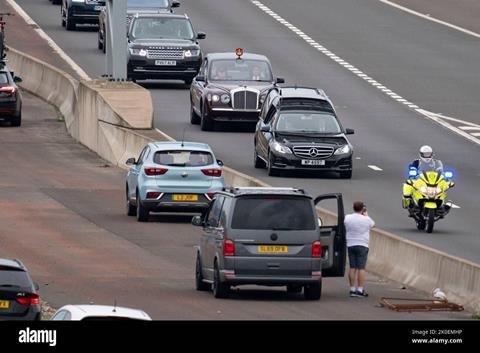 By parallel, we can say: the decisive source of our constitutional monarchy simply is Christianity. It just is.

It has developed from an Old Testament understanding of covenant in which rulers do not stand over but are always under the law; from Christ’s New Testament teaching that rulers are not to “lord it over” but to “minister” to us; from Augustine’s treatment of the sacred and the secular; from the medieval notion that “natural rights” are possessed by all—even the powerless; from the decrees of church lawyers that rulers are in place only through “the compact [with the people] by virtue of which [they were] appointed”; from Magna Carta (1215) and Parliament (1275) and dozens of other developments through the middle ages.

All of these represent a particularly Christian understanding of rule. And now our coronation service is an anointing where the Archbishop of Canterbury tells the new monarch: “Receive this orb set under the cross, and remember that the whole world is subject to the power and empire of Christ our redeemer.”

No doubt all of this makes Adam Rutherford and his fellow humanists deeply uncomfortable. To be honest, most modern eyebrows will shoot upwards several inches when Christ and empire are set side by side… at the nation’s grandest political event… held in a cathedral. We feel that this is all a dangerous mingling of religion and politics.

But this is where we need clear thinking. Religion and politics are absolutely and inextricably linked. Getting “religion” out of these millennia-long political developments and convictions would be like getting flour out of bread. Impossible. In fact the religious aspect—more particularly, the Christian aspect—in all of this goes so deep that it’s not just found in the monarchy, or in archaic political arrangements. It cannot be escaped by casting off the royals or British identity or history. Christianity has gotten into us way too deeply for that. It’s in you and me. And it’s in Adam Rutherford and the humanists too. Think of all the reasons his message resonates:

He is calling out a religious institution for its corruption, wealth and power. He is championing the distinction between the sacred and the secular. He is advocating for democratic ideals—true representation in our leaders. He is assuming an incredibly positive vision for humans and human exceptionalism. He is speaking of light and darkness, of progress towards the future and spiritual powers resistant to change. 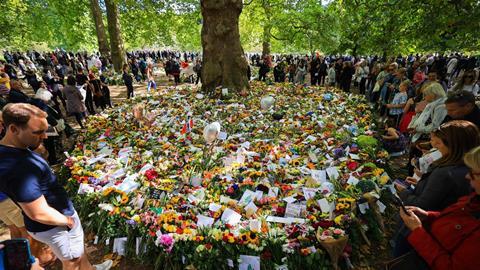 All of these things are profoundly Christian. You can read my book The Air We Breathe to hear that case made at length but let me take just one example: democracy. It is simply not the case that the Church gave us bad old monarchies and Enlightenment reason gives us wonderful democracy.

It was 14th Century Bible translator and priest, John Wycliffe, who first expressed the principle that rule of the people should be “by the people and for the people”. For Christians like Wycliffe this insight came from meditating on the ‘image of God’ (which gives to each human an equal moral worth and dignity) and on the reign of Christ (who rules humanity as a human and for humans). Christians believe in representation because it is “one of us” who sits on the throne. Christ has been sent to the seat of power to reign for us and—this is the wonder of the incarnation—as us.

Nowadays we might want to ditch the whole idea of ‘anointing’ our rulers with ‘divine rights’. We dislike the idea of power derived from above and insist that it must be derived from below—from the people. Fair enough. And Christian enough too. We got to that idea not so much by abolishing ‘the divine right of kings’ but by universalising it. Because of ‘the image of God’, all humans—male and female, regardless of race, wealth, status or position—have dominion. And this idea, central to democracy, is also deeply embedded in constitutional monarchy. As CS Lewis said in 1953 when viewing the coronation:

“The pressing of that huge, heavy crown on that small, young head becomes a sort of symbol of the situation of humanity itself: humanity called by God to be his vice-regent and high priest on earth, yet feeling so inadequate.”

It’s not just Elizabeth. We are crowned. Deeper than the dominion of the few is a dominion of all—of humanity itself. 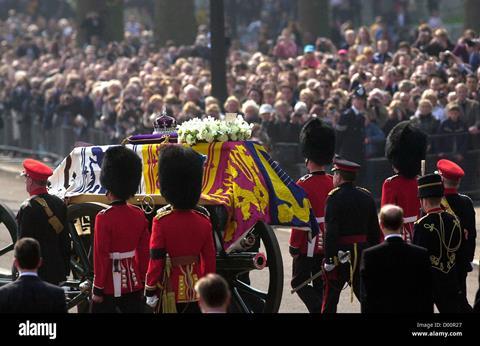 Even the Declaration of Independence, written by Deist Thomas Jefferson, could not shake the distinctively biblical understanding that had been its seedbed. In founding the American republic, the Declaration insists that governments “derive their just powers from the consent of the governed”—a wonderfully democratic sentiment. Yet this sentence flows immediately from the one before: “that all men are created equal, that they are endowed by their Creator with certain unalienable Rights.” It all flows from a theological vision of humanity. And if you want to eliminate that vision then the “unalienable” rights which governments “secure” become conditional rights which the powerful bestow. If we don’t like the sound of this, we need to return to the Christian vision. Honestly, we have nowhere else to go.

But we can return. And we can return as a royalist or a republican. The Christian vision has shaped, and allows for, both. In the same way you can be a nationalist or a globalist, a traditionalist or a progressive. You can emphasize the theological nature of politics and/or you can emphasize the clear distinction between the sacred and the secular. You can even be a humanist. I certainly am, believing that the highest and grandest view of humanity is secured by ‘God the Human’, Jesus Christ.

Humanists UK are worried by a widespread remembering of our Christian heritage. They should welcome it. It’s not cement to trap them. It’s the foundation for so many of their deepest ideals.

Glen Scrivener is the director of Speak Life and the author of The Air We Breathe: How We All Came to Believe in Freedom, Kindness, Progress, and Equality