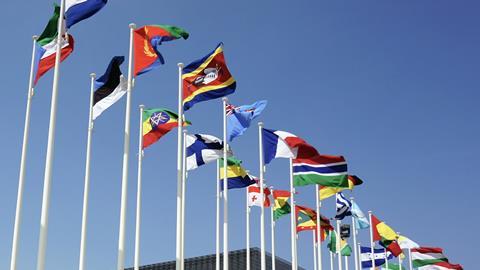 How the Queen turned problematic colonialism into a positive Commonwealth

Mark Greene reflects on the Queen’s remarkable legacy of unifying a post-Empire world.

In a recent episode of Matters of Life and Death, Tim Wyatt spoke to Mark Greene from the London Institute for Contemporary Christianity and author of The Servant Queen and the King she Serves. To hear more of their discussion about Queen Elizabeth II’s faith and her decades of service, as well as their thoughts on King Charles’ faith and the direction he will take the country in, listen to the show here.

Tim Wyatt: How did the Queen root her understanding of the role of Sovereign in her own Christian faith?

Mark Greene: One of her self understandings is that of servant, and that’s very strong. That comes from an address when she was 21 to the nation and the Commonwealth, and it comes out in her Platinum Jubilee letter where she talks about her desire to continue to serve us. She signs herself off: “Your servant, Elizabeth.” And it’s very clear from her speeches again and again, that this comes from her understanding of who Jesus is - she seeks to imitate him. She says in one very specifically: “He came to serve and not be served. He restored service to the centre of our lives.” It’s not a peripheral thing. It’s central for her.

And that begins to shape her understanding of the kind of country she is summoning us to seek to create. So in 1956 she said: “I can’t lead you into battle. And I don’t make laws, but I can give you my heart, my devotion to these old islands.” And then she basically says her yearning is that the United Kingdom would be an encouragement to upright people everywhere. So, it’s a vision for a nation that is not going to carry on Empire.

This is the daughter of a man who ruled a quarter of the earth. She’s not thinking: “Oh, wouldn’t it be great if we got that back?” It’s not a vision for being an economic superpower. It’s not a vision for saying: “We’re going to have the best tech in the world, our rock music is going to be better than anybody else is” - which of course it is! But, rather that we would be a moral example. That’s extraordinary. And actually, biblically, it’s not dissimilar to God’s call on the people of Israel, that they would be a light to the Gentiles. And so, I think her yearning for Britain is that people will look at us and go: “They are an example of goodness and uprightness.” Uprightness is a slightly old fashioned word now, more commonly applied to pianos than people, but it’s a very common word in the King James Bible, which the Queen reads. There it means integrity, being straight, being honest. It means exhibiting righteousness and justice.

Tim Wyatt: Do you think Britain has, under her sovereignty and leadership, achieved any of that goal of being this light to the nations?

Mark Greene: I don’t think we are a kinder country than we were ten years ago. I don’t think that, particularly in the last few years, people have looked at Britain and thought: “There is an upright nation, full of honest people, led by great people.” I think the world clearly has an enormous respect for the Queen as an example. And people have written and said that one of the great blessings and great advantages we’ve had, is that whatever the character of our politicians of whichever party, we do have somebody to look to who has a high level of integrity and honesty, and respect, globally.

And I think that has served us very well at many, many key moments in our history, including, I think, during the pandemic and in the politics of the last two years. Very significantly, one can look back, for example, at 1965 when the Queen went to West Berlin. This is not long after the Second World War. And it’s like: OK, that’s over. Now, we move forward. Or when the Queen went to Dublin in 2011. She begins her speech to the President and the assembled people in Irish Gaelic. There is this gasp in the room and Mary McAleese goes: “Wow.” And the whole room applauds. And, you know, that was the talk of the city. Even in her reflections recently, Mary McAleese said that the people of Ireland will fondly remember the historic visit in 2011, when the Queen’s presence and her words did so much to cement a culture of reconciliation and partnership between these islands.

And that’s the kind of impact that she has had. And I think you can see that in the Commonwealth too where she is much beloved. But also, and I can’t obviously speak authoritatively about this, but I think that there is a kind of benefit within multicultural Britain, of the very good relationship she has with the countries from which many of our citizens or their parents or their grandparents have come. The fact that she knows, she’s been there, she’s lauded there. She’s our queen, too. And I think that reinforces it, even perhaps, if you’re third generation.

Tim Wyatt: There’s some people suggesting that the kind of widespread admiration for her personally has acted as a bulwark against a lot of the Commonwealth nations pursuing Republicanism. And, there’s speculation now she’s died about whether some of those countries like Australia or New Zealand and maybe some of the Caribbean nations might decide the time is ripe to pursue abolishing her as head of state. It was inconceivable because of her as an individual, they might have disagreed with the institution of monarchy, but there was such broad respect for her as a unifying, non tribalistic, nonpartisan figure, kind of holding this unusual Commonwealth of Nations together…

Mark Greene: That may well happen, but I suspect that she might, nevertheless, have achieved her core aim. And I think her core aim, and she was quite specific about this at one point, where she said she felt that she succeeded in turning the crown from a symbol of Imperial Dominion into a symbol of a free voluntary association. And that has happened.

One Oxford college took their portrait of the Queen down from their middle common room because they saw her as a symbol of the Empire, of imperialism. But curiously, what she has done personally is to reverse that, within the relationships that she’s had through the Commonwealth. It is absolutely extraordinary that through her relational ability and warmth, 54 nations, most of which we exploited for decades, choose to come together as friends. And to see her in that way, and to see themselves within that corporation as equal, independent of size, independent of economic prowess. It is extraordinary, it is unprecedented in all of history. And I think it comes out of, if you like, a biblical vision, in a sense: one day, every knee will bow, every tongue confess. One day all the nations will indeed be together before the Lord. And it is, I think, a sort of foretaste of it. It is totally countercultural.

Tim Wyatt: How effective do you think the Queen was at communicating gospel truths in an appropriate way?

Mark Greene: I think, particularly in the years of the Troubles when she talked a lot about reconciliation, I thought that was extremely well done. And I think indeed, from 1991 on, her speeches are very, very effective. And I think part of it is that she is testimonial, rather than, if you like, seeking to be persuasive. She instinctively felt that was the right way to go. “This is who I think Jesus is, this is how he helps me”, her language is personalised. It’d be hard to come away from that and think: “Oh, the queen is just a nominal Christian.”

It’s clear that Christians are very encouraged by what she has to say. And similarly the other faith communities - the Sikh community, the Jewish community, the Muslim community, the Hindu community - seem also to have tremendous respect for her. Partly because, I think, they see in her a genuine faith. They don’t see her as somebody who is aggressively trying to proselytise them. They see somebody who is, was, sincerely expressing her own views, and in a sense, making it easier for them to do the same thing, which I think is what she understood one of her roles to be.

Adapted from an interview with Mark Greene. Listen to the whole episode of Matters of Life and Death here.