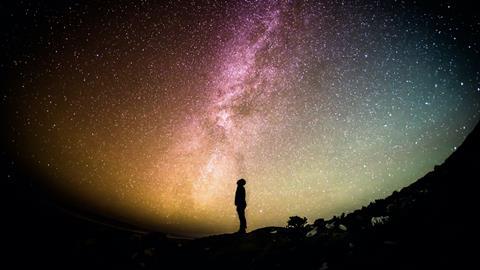 Do atheists believe in “One Less God” than Christians?

Apologist Joel Furches explores the rationality behind naturalism and Christianity

In 2013, atheist and former Christian minister John Loftus began making the circuits promoting his book, The Outsider Test for Faith. About a decade old, Loftus’ book nevertheless inspired a talking point which has become a mainstay of the current atheist subculture.

The titular ‘test’ is a remarkably simple concept: judge your faith in the same way you would judge another religious system you disagree with. If your faith doesn’t hold up to the same standards you require of another religious belief, why do you hold it? Or, as Stephen F Roberts puts it:

“I contend we are both atheists, I just believe in one fewer god than you do. When you understand why you dismiss all the other possible gods, you will understand why I dismiss yours.”

One can certainly sympathise with the frustration the atheist feels here: “If you could only see things my way, you would realise how foolish you seem!” To a degree, this plea to put oneself in the other person’s shoes is part of every person’s common experience: The angry customer and the put-upon customer service representative both desperately wish the other person could sympathise with their position; the tired blue collar worker and his stressed boss both wish the other could understand their responsibilities; the stressed housewife and her equally stressed husband want the other’s understanding, and so on.

This simple test, and the sentiment that inspires it, are subject to two fairly basic flaws. The test trades on the potentially insulting notion that a committed believer has never thought deeply about his or her faith. This seems to flow from the concept that all people who believe do so because they were indoctrinated or brainwashed into their faith without any sort of concrete reasoning involved in the process – as is undoubtedly how Loftus views his former religious experience. While far too many religious practitioners probably do embrace their faith blindly, it would be somewhat condescending to assume that every single religious person only believes because they haven’t subjected their worldview to a careful examination.

There is plenty of anecdotal evidence that shows that rational and intelligent atheists, upon close examination of the evidence for Christianity, have converted and become believers on the evidence rather than through indoctrination. Such high-profile cases as Alister McGrath, Francis Collins, Lee Strobel, J. Warner Wallace, Peter Hitchens, and CS Lewis are reminders that sometimes deep, analytical thought is involved in the radical conversion of former atheists to Christianity.

Does this mean Christianity is the correct worldview? Not necessarily. But what it does show is that Christians can hold their beliefs for rational and intelligent reasons.

Possibly more misguided is the plea to “judge your own religion by the same standards that you judge other religions”. This request ignores the obvious fact that a person’s method of judging the truth of other worldviews is by comparison to his or her own worldview. A Christian is going to allow for the possibility of the supernatural when judging other worldviews, whereas an atheist is going to judge a worldview by materialistic naturalism.

Since, under atheism, supernaturalism is forbidden at the outset, religious claims are disqualified merely for being religious. But Christians are likely to reject other religions because those religions do not meet up to the teachings in the Bible. When the standard of biblical authenticity is applied to Christianity, however, it passes by definition.

The claim that “I just believe in one fewer god than you do,” ignores that there is a foundational difference between atheism and theism. Atheism is not a belief in something. Rather, it is a position of scepticism. It is a system of thought that grounds itself in disbelief.

Theists are not – as the ‘outsider test’ supposes - sceptics who have somehow cultured a blind spot in their scepticism; rather they are believers whose belief structure defines how they view reality and which truth claims they accept and reject.

In this respect, the ‘outsider test’ does have one virtue: it urges people to engage all of the facts, and not simply those that support their belief structure.

Loftus’ star has somewhat faded in the world of atheist celebrity, but during the height of his popularity, he engaged in several high-profile debates, and one was able to see his Outsider Test in action during these debates. Loftus’ approach was not so much to engage Christianity using its own methods. Instead, what Loftus did during his debates was to describe an absurd story from another religion and then compare it to an equally absurd story within Christianity. It became clear over the course of his debates that what Loftus was asking religious believers to do was to step outside of their preconceptions and see – not their evidential or logical failings – but rather how absurd their claims seemed to people outside the religion.

Comedian Julia Sweeny grew up in an Irish Catholic church, but later abandoned her faith and became an atheist. The trigger she cites as taking her down the path to disbelief was an encounter with Mormon missionaries. When she heard their pitch, she was struck by the absurdity of their beliefs and shortly became aware of her own absurd beliefs.

The persuasive power of this technique is evident enough if a non-Mormon were to consider the idea of a god that lived on another planet having intercourse with multiple wives and bearing spiritual children, which became the souls of people living on Earth. Or the similar view in Scientology wherein alien prisoners were cast into volcanoes on an ancient Earth, the spirits of whom now inhabit human bodies. Explained in this way, these doctrines are easily dismissed as unbelievable, and the same might be true of Christian doctrines, such as the trinity or the virgin birth when heard by people outside of the Christian world.

But this technique for empathising with atheists should not be mistaken for an argument against Christianity. To dismiss something because it seems absurd is not the same as dismissing it on the basis of evidence. Rather, it is an argument from incredulity. Meaning one does not buy into an idea, but their failure to invest in the idea is for intuitive reasons, not rational reasons.

A mistake made all too frequently in the Christian world is the notion that one must hold all teachings and beliefs with absolute, unquestioning certainty. One must be equally certain that Jonah was swallowed by a whale as that Jesus rose from the dead. If one becomes sceptical of the slightest particular of Christian teaching, one must discard the entire system.

It is telling, therefore, that when the early apostles evangelised the non-Jewish world, they did so with a single message: Christ crucified and resurrected. The resurrection of Jesus may, itself, seem absurd. However, if this one claim is defensible, Christianity continues to stand.

The nature of the creation narrative, the subject of end times and the reality of biblical miracles have always been a source of debate in the Church. However, if Jesus rose from the dead and the rest of these fall flat, Christianity remains. Disagreement and debate are permissible and perhaps even healthy for a robust belief. But the core message of Christianity remains the person of Christ.

The source of most contention about the absurdities of Christianity lies in the Bible itself. A great deal of difficulty with the Bible can be cleared up once one realises that it was written by an ancient culture to an ancient culture. Taken in context of its original culture and language, the Bible becomes a great deal less outlandish. If nothing else, one realises that a great many of the seemingly random and nonsensical things which happen – such as a river being turned to blood, a man being cursed for not procreating with his brother’s widow, or a woman washing a rabbi’s feet with perfume and her hair – make a great deal of sense once one understands the cultural, lingual and historical context in which these events occurred. Whether or not one believes these events actually occurred in a literal sense, one realises the importance and impact these stories had to their original readers.

It is also important to abandon this idea that stories were written as either literal or metaphorical. A great deal of the truth of a story rests upon the genre in which it was written. Imagine reading the story of the midnight ride of Paul Revere from four different sources: the famous poem about his ride, a wood-type-set paper printed by the British the day after the event, a history textbook and a child’s story book. The essential details of the event – a man named Paul Revere who warned colonists about a British invasion – would remain the same, however the poem is liable to dramatise the event, the British account will likely editorialise and be sparse on details, the history textbook would try to paint a very literal account, and the children’s story book may include made-up characters to make the event more kid-friendly. A modern reader would recognise the genre in which the story is written and be able to read the stories in light of their genre. Modern readers are not always able to spot the genres and associated nuances in ancient texts, but the original readers would have.

The “one God less” talking point on the part of atheists is intended to convey the fact that religious people are already sceptics of most supernatural claims, and encourage them to advance that scepticism to their own religion. It is, in a sense, an attempt to establish common ground with the religious person by communicating that they are “atheists of a sort”. It is largely a rhetorical trick which carries with it very little in the way of argument. The more fleshed out version given by Loftus encourages believers to apply their disbelief to their own religion. For Loftus, this means to realise the absurdity embedded in their religion.

The recognition of absurdity is intuitively powerful, as people generally tend to discard anything which is in wild disagreement with their lived experience. And, indeed, much of scripture does defy the modern person’s experience. However, taken in the historical, cultural, lingual and written context, a great deal of the absurdities of the Bible begin to make sense.

In the very end, however, it is the truth or falsity of Jesus’ resurrection upon which Christianity stands or falls. This is the first and most necessary claim to investigate before one abandons Christianity to the scrap pile of outdated ideas.

Joel Furches is an apologist, journalist and researcher on conversion and deconversion, based in the USA.