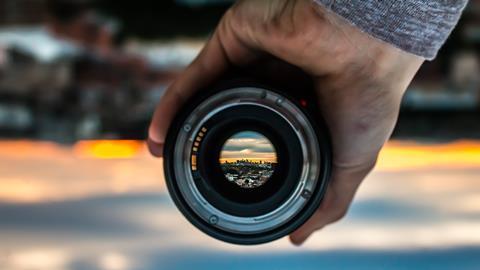 A most reluctant convert: Why Guillaume Bignon’s story is powerful evidence for God

Graham Oppy, well-known atheist thinker, author, and Professor of Philosophy at Monash University, Australia sat down to talk with Guillaume Bignon, French Christian philosopher and theologian about his journey of faith as retold in his recent book ‘Confessions of a French Atheist’ particularly in relationship to the roles of experience and rationality in the conversion process.

Bignon was a performative catholic during his childhood years but found religion empty as he matured, and he began to focus his life on the pursuit of pleasure which he found in music, volleyball, engineering, and young women. His atheism, however, was challenged when he met a young American woman who took her Christian faith seriously. He initially explored Christianity in order to convince this young lady that her faith was absurd so that he could realize his romantic ambitions but ironically found Christianity to be quite plausible. He then had a series of experiences which he described as divine interventions which subsequently led him to become a follower of Jesus.

Oppy pointed out that conversion stories often follow a very common trajectory beginning with a dissatisfaction with life which leads to a transitional moment where one begins to see the world in an entirely new way. While he doesn’t dismiss personal experience, he also doesn’t find it very compelling. He noted that there are numerous comparable stories of people moving in the opposite direction towards atheism so that when you compare conversions from both sides of the belief spectrum it ends up as an evidential draw.

Bignon’s story, however, doesn’t fit this narrative because he was quite happy with his atheist lifestyle and saw no need for change. It was his desire to convert his love interest to his belief system that unexpectedly caused him to contemplate a new way of thinking. I suspect that in general Oppy is correct and most conversion stories do begin with a sense of meaninglessness. It is, however, a meaninglessness precipitated by the inability of material things to truly satisfy, which is inconvenient for a person who believes that the world consists of only material stuff. However, for one who believes that life also has a supernatural component there is hope for spiritual healing. The problem is common to atheist and believer alike, but the atheist finds that their therapeutic options are limited to collocating chemicals while the Christian believes the sky’s the limit.

Atheism must conclude either that the meaning crisis is just unhappy chemicals in need of pharmaceuticals or the haunting of an illusory spiritual phantasm that needs to be exorcised. Reduce it to atoms or deny its existence all-together, neither of which seems to be an adequate response. Christianity, on the other hand, makes the case that this unhappiness isn’t malfunctioning neurotransmitters but a broken spirit in need of restoration. Conversion stories may go both ways, but in the end, one ends in nihilism and the other in redemption. The choice is clear; Misery loves company or God so loved the world.

“The conversion script is a very familiar script in our culture. It’s not at all surprising that there are lots of people that fall into it and when they fall into it there are certain coincidences on the way.” (Oppy)

Oppy opined that once you believe you are part of a conversion story then everything that happens to you will be seen through that lens. You will never again be able to look at your journey objectively because you now have a role in a new story and can’t get out of character. Bignon, understands that his conversion could be perceived as unintentional poetic license but hopes that his story, rather than just converting people, would open them up to the possibility that those “coincidences” are the work of a providential God.

“I do hope my story has more weight than just simply saying, “well, some person changed their mind.” I think that some elements in my story speak of providential design in ways that are a little bit more expected if Christianity is true that they are if atheism is true.”  (Bignon)

I think one of the reasons Bignon felt these events were God-ordained was because they were unwelcome intruders into his otherwise happy place. It wouldn’t have been easy for the atheist Bignon to accept these unusual coincidences as the providential work of God because, if they were, they meant that he was no longer the captain of his ship but a sinner on Someone else’s poop deck. Ultimately, he converted not because he had just witnessed a magic show but because he was swept up into a new narrative.

Bignon wasn’t looking for a new story, he was perfectly content with the one he had already written for himself. In fact, he was more interested in changing the script of his love interest but then surprisingly found himself confronted by a far greater story.

He began by scrutinizing the corpus of the Author’s work by investigating the scientific and philosophical proofs for God’s existence. He admired the intricacy of the setting, props, and characters in the Gospel story, but it wasn’t until he acknowledged the plot conflict in his own life that he felt the need to jump into its pages in the hope of a happily ever after.

“God shoved it in my face. I was afflicted with guilt. It was a very real powerful experience of just realizing, no, I’m not a good person, I’ve done this, there is no coming back, there is no erasing it, and in that place of pain out of the guilt, the message that I had been reading about finally clicked and made sense and I realized” Ok, that’s why Jesus had to die for me” and so I came to understand the Christian message that Jesus paid the price for our sins and that we can be forgiven and have eternal life not because we are good, because I wasn’t, but because of our faith in Christ where we benefit from his sacrifice on our behalf. So that message hit me like a ton of bricks, I accepted it, I trusted Jesus for my salvation and the guilt evaporated and I experienced a spiritual rebirth.”

Bignon’s story highlights the two components of the Christian conversion process beginning with acknowledgment of God’s existence and followed by accepting Jesus Christ as Savior. It should be a seamless process but our modern approach to apologetics often pulls them further apart. We spend so much time getting God’s foot in the door that we neglect to reveal Him on the cross. All our excellent rational and scientific evidence for God’s existence rather than clearing the air often serves as an intellectual smokescreen to a relationship with Jesus. Religion then becomes about believing in God when what sets Christianity apart from every other religion is the forgiveness of sins made possible through Christ. Bignon jumped through all the intellectual hoops by engaging smart atheist philosophers, but it wasn’t until he was convicted of his sin and saw no way out except through the work of Jesus that he truly became a Christian.

The atheist is always put in a difficult position because he or she must be willing to state that most humans are wrong despite the overwhelming numbers of people who believe in a supernatural realm. It won’t do to just call believers ignorant because by their own estimation humans have already matriculated through the school of evolutionary hard knocks and should know nothing but materialism, yet humans somehow conclude that spirit is real. Interestingly, even the archeologist acknowledges that it is evidence of spiritual practice that indicates the presence of homo sapiens. So, if all humans were atheists, would we be able to find evidence of them in the archeological record? It is therefore incumbent upon the atheist to explain why they exist outside the spiritual human norm.

We can acknowledge that spirituality is a widespread phenomenon, but that fact alone does not make Christianity true. Oppy pointed out that the sheer number of “divination practices” alone makes Christianity a tough sell because with so many religions, some with a longer historical track record than the Judeo-Christian tradition, it is difficult to determine which one is the true religion. Oppy noted he and Bignon would agree that most of religions are false but to claim that Christianity is the only true one sounds like special pleading.

I don’t find it strange at all that there would be so many religions because the Bible recounts the progressive distancing of humans from the one true God so rather than close the door on spirituality it rather flung it wide open to ever more diverse religious practices. You cannot deprive an image-bearer of the Image for very long before they try to fill the void with some sort of god. The Christian answer is that God began a reclamation project beginning with Abraham and ending with Jesus to bridge this gap. However, if we are willing to dismiss most Gods like our atheist friends, then what is our criteria for keeping one more?

“I contend that we are both atheists. I just believe in one fewer god than you do. When you understand why you dismiss all the other possible gods, you will understand why I dismiss yours.” (Stephen Roberts)

I would argue that religion exists to solve a universal problem so once we accurately identify the problem then we can discern which religion offers the best solution. The problem for the Buddhist is suffering, for the Hindu bad karma, for the New-ager unhappiness, and for the monotheistic traditions it is sinful behavior. If this is true, then we need to ask ourselves whether these problems have anything in common. I think we must conclude that the source of all these problems are humans and yet most religions try to regulate our bad behavior rather than fix our primal evil inclinations. They believe the answer is to write out a series of rules and regulations in stone rather than write them on our hearts. They offer a ziggurat of holiness to climb rather than a God who descends to our level. Jesus offers the best solution to the universal problem and that is why we can effectively eliminate the others and claim that Christianity is true.

While Oppy noted that it is hard to evaluate the veracity of these various world religions without a thorough understanding of the historical, cultural, and linguistic context in which they arose, we need to ultimately base our religion decision on its explanatory power and not its cultural details. In the case of Christianity, Jesus is historically real, but more importantly He is metaphysically necessary.

Brierley asked Oppy what it would take for him to seriously consider Christianity. Oppy as an expert in the field of religious philosophy has heard and evaluated every argument under the sun and yet doesn’t find the evidence compelling. Oppy and Bignon saw the same evidence but it was a change in perspective where coincidence was revealed to be divine providence that caused Bignon to abandon the hard work of writing his own narrative and find rest as a cherished character in the Greatest Story Ever Told. Perhaps, for Oppy, spiritual freedom is just another perspective away.

Who could you be if your lens was changed for a moment,

Would you still be the same? (Perspectives – Kutless)

Watch this episode of The Big Conversation here.