Unbelievable? 29 May 2010 - Homosexuality and the Bible 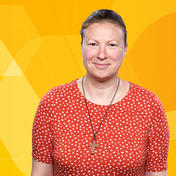 This first show addresses the main scriptural passages that relate to homosexuality. Are the prohibitions against same sex acts in the Old Testament relevant to today? What is the correct interpretation of the apostle Paul’s writing on “homosexual offenders” in Romans, Corinthians and elsewhere? Were Jonathan and King David gay lovers?

Mike Dark of the organisation “Accepting Evangelicals” is a gay Christian in a same sex relationship. He believes that Old and New Testament prohibitions on homosexuality need to be understood in light of their cultural context and that they do not preclude faithful, loving same sex relationships today.

John Richardson (who blogs as the Ugley Vicar) is part of the conservative-evangelical Anglican group Reform. He believes the remit of scripture clearly stands against all forms of homosexual behaviour.

Jeremy Marks of the gay affirming Christian support organisation “Courage UK” explains why they had a radical change of mind on same sex relationships in 2000.

For more Christian theological debates visit http://www.premier.org.uk/unbelievable or get the MP3 podcast or via Itunes

If you enjoyed today’s programme you may also enjoy: