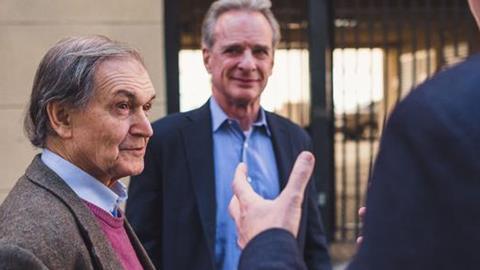 The universe is mind-blowingly beautiful, but also brain-meltingly complicated when it comes to the physics of the cosmos.

There are few people, myself included, who can really grasp the plethora of imaginative and creative models that today’s theoretical physicists and cosmologists are continually constructing. It is fascinatingly complex subject, and even books about the universe written at the popular level get into some dense physics. What can a layman do in such instances? How can we even hope to have a voice in these big conversations?

Despite the complexities involved in modern cosmology, however, the most profoundly simple and timeless questions about the existence of the universe and our place within it remain. And that is where we can all have a say.

Why is there something rather than nothing? From where did the universe come? Why are we here to observe it? Who am I in the midst of all this cosmic vastness?

One does not need to be a preeminent physicist or philosopher to think about and respond to such questions. The ‘voice’ of the heavens, as Scripture says, has gone out throughout the whole earth. From the humblest child to the most erudite cosmologist, God’s glory can be understood by everyone. “Day to day pours forth speech, and night unto night reveals knowledge” (Psalm 19 v2).

Who then holds the correct interpretation of that tacit celestial language?

The Physicist and the Philosopher

The recent Big Conversation from Unbelievable? between Christian philosopher Dr. William Lane Craig and theoretical physicist Sir Roger Penrose brings these profound questions to the forefront once again. Despite the technical complexities of the arguments presented by both Dr. Penrose and Dr. Craig, the conversation is still very understandable and fascinating. It is well worth taking the time to watch two brilliant minds exchange ideas about the universe and life itself.

No matter your point of view or familiarity with cosmology or philosophical theism, as you watch the conversation, keep in mind the simple questions.

Do the intricate theoretical abstractions, coupled with a trenchant agnosticism, as presented by Dr. Penrose, offer the most satisfactory answers to the “big questions”? Or do the answers put forward by Dr. Craig best explain the existence of the universe and our place within it?

During the conversation, Justin mentioned a quote from the late British astronomer Fred Hoyle. After extensive analysis of carbon atoms, Hoyle, himself not a theist, famously quipped that

“A commonsense interpretation of the facts suggests that a superintellect has monkeyed with physics, as well as with chemistry and biology, and that there are no blind forces worth speaking about in nature. The numbers one calculates from the facts seem to me so overwhelming as to put this conclusion almost beyond question.”

When asked about his thoughts on Hoyle’s remarks, Penrose, with cheek in hand, somewhat listlessly replied “I’m agnostic on that one.” He went on to say, “I don’t know, you see. We don’t know enough about that…And there are some nice examples from science fiction which show different alternatives…a completely different way of imagining a conscious being…” He told two stories, one about Hoyle’s fictitious “cosmic cloud” and one about a “dragon’s egg” in which sentient life was imagined to exist on a neutron star.

His appeal to fiction, however, seems to be consistent with an observation he made in in his 2016 book, Fashion, Faith and Fantasy in the New Physics of the Universe. In the introduction,Penrose claimed that “there are some key aspects to the nature of our actual universe that are so exceptionally odd (though not always fully recognized as such) that if we do not indulge in what may appear to be outrageous flights of fantasy, we shall have no chance of coming to terms with what may well be an extraordinary fantastical-seeming underlying truth.”

Regarding the source of the remarkable precision of the constants and quantities of our universe, Penrose finally concluded, “I have no idea” but admitted “there are puzzles that look like coincidental things.”

In the end, I found it fascinating that Penrose’s ultimate appeals and objections to Craig’s points were not finally to science but to science fiction & fantasy, metaphysics, the imagination and agnosticism.

A fine-tuned place to live

Craig, on the other hand, provided not only scientific data, but solid philosophical reasons for accepting theism as the best explanation for the universe. Regarding Penrose’s appeal to fiction and agnosticism, Craig responded by saying “To me, that is…highly implausible. We just find example after example of fine tuning in contemporary physics and it seems to me to be a desperate expedient to deny that it exists.”

Craig and Penrose went on to discuss the “self-selection effect”, where it is said that we only find ourselves in a universe that permits life, therefore we shouldn’t be surprised to find it having the characteristics we do.

Imagine, however, trying to explain the finely-tuned arrangements of your own home this way.  “I would never consider the unique characteristics of my home unless I were living in it so of course I will notice these details.” But that is not finally an explanation for the house or the details. Why this house rather than no house at all? Saying “I’m living in it” does not offer any explanatory scope or power as to how the house came about in the first place or why the numbers behind it are the way they are.

Penrose just seems to say, “Well, I find the house very curious and convenient, but beyond that, I don’t know. It is a puzzle the plumbing is just right, or the oven works so uncannily well or that the lights are just the right brightness or the electricity is channeled throughout the house in such a remarkably useful way. Maybe some sort of science fiction story might finally provide an answer, but I don’t know.”

Given the premium we in the West have placed upon “science” as a kind of surrogate cultural authority, however, Penrose’s thoughts almost get a free pass, simply because they were spoken by a learned physicist. Yet nothing in the way of an ultimate explanation for the existence of the universe turned out to be physical in the most formal sense of the word, but metaphysical, that is beyond the physical world.

In the beginning of the conversation, Craig does affirm that Penrose’s ideas, especially those regarding the objective reality of mathematics, do in fact affirm some metaphysical reality about the universe. Crag notes that “one of the most exciting things about Roger’s thinking is this deep metaphysical vision of reality that he has.” Craig noted that it stands in contrast to the dominant ideas of logical positivism and verificationism in the sciences today.

Penrose was at a loss to explain the origin or efficacy of mathematics, he could not see how an eternal or infinite mind could be a satisfactory explanation for the universe, and finally appealed to science fiction, metaphysics and agnosticism rather than science in response to many of Dr. Craig’s points.

Occasionally, Penrose teetered on the edge of something like a qualified acceptance of God as a valid explanation, saying, “There could be a truth in such a view, but I don’t see why I’m driven to believe that, and I don’t see why it should be a conscious thing. I mean it could be – I’m not saying I deny it. I just don’t see why this explains very much, to say that this godlike entity - whatever it is - is something with a consciousness of its own. I’m not saying it’s wrong, and it might be that there is such a thing – maybe like some religious views that after death somehow one’s consciousness becomes part of that thing. I’m not saying I think that’s a wrong view.”

I also thought that Penrose conceded much to Craig when he briefly mentioned his (Penrose’s) speaking at the Vatican in May of 2017. Penrose said that he agreed with the conclusions of those at the Vatican. If Penrose’s model of the universe he presented was the correct one, he told Craig, “sure, God created the whole lot…I thought yes, from your perspective that is the right answer.” Craig noted that such a conclusion validated the classical answer to the famous question raised by Leibniz in the 17th century, “Why is there something rather than nothing?”

In the end, despite the imaginative brilliance of Penrose’s theoretical cosmology, it seemed to not only lack the explanatory scope and power to life’s greatest and most profound ontological questions, but also reluctantly conceded the coherence of theism as the best explanation for the existence of the universe, its finely tuned mathematical properties, and our place within it.

Daniel Ray is co-editor of The Story of The Cosmos: How the heavens declare the glory of God thestoryofthecosmos.com.  Follow him on Twitter @story_cosmos