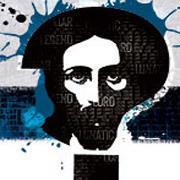 I recently wrote and voiced some “Thought Of The Day” slots for Premier Christian Radio which have been running in the past week on our weekday breakfast show (7.30am in the morning if you really want to hear them). I’m posting them here too over the next week. Here’s the first one:

“I believe Jesus was a good bloke, sure, but I don’t believe he was the son of God…” I wonder if you’ve ever heard anyone say that? You wouldn’t be alone.

So how would you respond? The fact is, this is not a new phenomenon. Over fifty years ago, Christian author CS Lewis saw the same thing happening around him. He had a remarkably perceptive way of challenging people to reconsider their view of Jesus…

“I am trying here to prevent anyone saying the really foolish thing that people often say: I’m ready to accept Jesus as a great moral teacher, but I don’t accept his claim to be God. That is the one thing we must not say. A man who was merely a man and said the sort of things Jesus said would not be a great moral teacher. He would either be a lunatic or else he would be the Devil of Hell. You must make your choice. Either this man was, and is, the Son of God or else a madman or something worse.” wrote Lewis.

Jesus made radical claims about himself, and sometimes we need to remind people that Jesus can’t just be a good man. He himself claimed to be much more than that. He claimed to be the son of God.

As Lewis concluded “You can shut him up for a fool, you can spit at him and kill him as a demon or you can fall at his feet and call him Lord and God, but let us not come with any patronising nonsense about his being merely a great human teacher. He has not left that open to us. He did not intend to.”

Learn about whether Jesus is “Liar, Lunatic, Legend or Lord” at Unbelievable? The Conference 2013 with speakers Alister McGrath, Amy Orr Ewing & Peter S Williams on Sat 25 May.