ISIS told me to convert to Islam or die, but I would not denounce Jesus

The June 2014 day broke like almost any other day in Mosul, Iraq: hot and dusty and teeming with people, traffic, and trade. People flocked to marketplaces in Iraq’s second-largest city.

That’s when Abu Fadi, a sixty-five-year-old Mosul native living just miles from the city, received the phone call that changed everything.

‘Abu,’ said a friend in Arabic, ‘ISIS is coming. We have heard from someone we trust. Today is the day.’

For weeks the rumour mill had been churning that self-proclaimed ISIS terrorists who had been ravaging cities elsewhere in Iraq would take Mosul next. That’s where Abu’s mother and sister still lived. As Christians, they would be in grave danger. The ultimatum to followers of Jesus is: Convert to Islam, pay an outlandishly high tax, leave, or be killed.

‘How can we hope to get my mother and sister out?’ asked Abu. Both women were disabled and in wheelchairs.

An ISIS military water tanker, rigged with explosives, blew up near the Mosul Hotel, where government security officers were stationed. Abu’s friend hung up the phone. Chaos descended on Mosul.

Armoured vehicles rumbled down streets. ISIS troops began freeing the first of what would be about 1,000 prisoners. Gunfire broke out. A woman who had planned to celebrate this day as her wedding day died in a blast.

ISIS fighters ripped down the cross on the Syriac Orthodox cathedral of Mar (meaning ‘saint’ or ‘martyr’) Afram. They replaced the cross with loudspeakers proclaiming that Islam, not Jesus, was the way.

ISIS is coming. We have heard from someone we trust. Today is the day

Abu did not want to leave his mother and sister in Mosul. But for sixteen days, ISIS occupied the area where Abu lived - sixteen days that to Abu seemed like sixteen years. Abu had no chance to get his mother because he’d be going against the surge of frantic people escaping the city. His mother and sister were allowed to stay with a Muslim neighbour for the night, but the ISIS soldier confiscated their house, pulled a can of spray paint from a bag, and tagged the front of the house with ? - an Arabic ‘n’ for ‘Nazarene’ - Christians live here. Property of the Islamic State.

Unable to go to his mother and sister, Abu arranged for a Muslim friend to drive the women to him. After reuniting they all crammed the few possessions they could fit into the car and headed east for relative safety in the city of Erbil.

Soon the car arrived at the first checkpoint. ISIS guards stood with firearms and swords. Abu had prayed about this moment—for courage to stand for his beliefs.

‘We are Christians leaving Mosul, because we are not permitted to stay in this Muslim land,’ Abu replied.

The guard, now joined by others, refused to let the family pass. Instead, they placed a call to superiors. Thirty minutes later, two shiny SUVs arrived. Young men brandishing new, expensive firearms stepped out and began peppering the family with questions.

‘Leaving is no longer an option for you and the rest of your infidel family,’ said the leader. ‘Convert to Islam or be killed. It is that simple. It is an easy choice, no?’

Abu pleaded with the men to let his family proceed. He referred to passages in the Quran that allow Christians to live if they pay the jizya (Islamic tax). For 90 agonizing minutes, the discussion continued, as if a bomb were ticking and destined to go off any second. As they talked, an ISIS fighter wielding a sword circled Abu, ready to strike if he tried to run.

Convert to Islam or be killed

‘Enough,’ declared the leader. He grabbed Abu by the arm and led him away as his wife, mother, and sister wept, pleaded, and prayed. ‘Prepare to die,’ he said, pushing Abu to his knees. ‘Last chance. Will you convert to Islam?’

Abu looked back to the women, then heavenward. He prayed for strength, wisdom, and courage. Even though he felt weak and expected the sword to plunge into him at any moment, he sensed God’s peace strengthening him. ‘No, I will not be a Muslim,’ he stated. ‘I do not denounce Jesus.’

The man raised his sword. Abu bowed his head, closed his eyes, and prayed. Then he heard another vehicle arrive and exhaled. Another black SUV. Out came another ISIS official, who inquired about the situation and then walked over to Abu.

‘I have a message for you to deliver to your church leaders as you leave our land,’ he said. ‘We are victorious. And we will follow you Christians all over the world. We will reach the Vatican and convert the pope to Islam if we have to.’

Abu didn’t know what to say but reminded himself not to utter anything disrespectful toward the Muslims. Simply be honest, he told himself. ‘We wish no harm on your people,’ he said. ‘Only to practice our faith as we please.’ The official looked at him and spat. ‘Get out of here, you dogs,’ he said, turning and walking away.

Abu felt like a fish that had been hooked and fighting for its life when suddenly the fisherman cut the line. He nodded his thanks and returned to the car.

Upon reaching Erbil, they saw that the city was already over-populated with Syrian war refugees. What did most of these refugees have in common? They were Christians whose lives had been pulled out from underneath them. 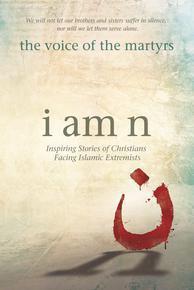 The conditions in Erbil were miserable. Nauseating smells rose from garbage and raw sewage. People curled up beneath make shift tents made of blankets, towels, or scrap materials—anything to protect them from the relentless sun and oppressive heat. They searched desperately for water and food. Amid all this, Abu set up a lean-to tarp for his family. ‘Now,’ he said quietly, ‘we thank God for a safe journey.’ And they bowed their heads to pray.