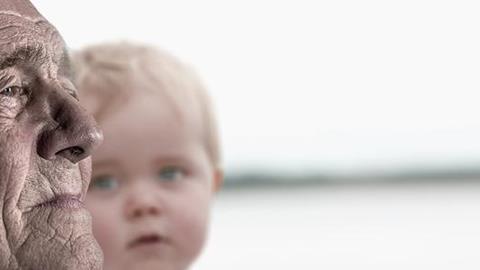 How much is a life worth? Human dignity in the time of COVID.

As the silent scourge of COVID brings free nations to its knees, we are being more urgently reminded than ever that a decent society rests on the pillar of human dignity. We in the West are heirs to a legacy of respect for society’s weakest and most vulnerable members. The inestimable value of that legacy has never been more apparent than it is now, as the comforts and luxuries we have taken for granted are stripped away, and we are confronted with a simple question: How much is a life worth?

In the past weeks, we have watched first responders answer this question by selflessly pouring themselves out for the sick and the dying. If we know our history, we appreciate that this has not always been so. In another time and place, the victims of coronavirus would have been abandoned to die, and those who cared for them would have been regarded as foolish, not heroic. It required nothing less than a revolution to invert this hierarchy of strength and weakness—a revolution consistently led by Christians, whether today’s secular humanists will admit it or not.

Who will we save?

Sadly, even as COVID reminds us where we have come from, it is also reminding us of the dark places we are going as we throw away this priceless heritage. We are witnessing a collision of two crises: a crisis of health and a crisis of meaning. The world has faced pandemics before, but COVID is the first post-modern pandemic. It has caught the world at a moment in time when the old religious support structures that offered a mechanism for sense-making have been systematically deconstructed. And as we have deconstructed our religious heritage, we have inevitably deconstructed ourselves, until we have forgotten how to answer the simplest of questions.

How much is a life worth? In a post-modern, post-Christian landscape, increasing numbers of people would answer, “It depends.” In a COVID landscape, this idea has deadly consequences.

As hospitals run desperately low on life-saving medical equipment, questions about “quality of life” are no longer the stuff of college ethics scenarios. They are now made frighteningly tangible, forcing doctors and nurses to make heart-wrenching decisions about who will receive care. But what does this mean when certain classes of people are deemed to have lower “quality of life” by virtue of a disability like Down’s Syndrome? Bioethicist Charles Camosy warned presciently in the New York Post that such demographics could slip to the bottom of the totem pole even if all else were equal. Fortunately, there appear to be legal safeguards against this in New York itself, but Camosy’s worry is being borne out in states like Alabama, where new guidelines say those with severe learning disabilities or dementia “may be poor candidates for ventilator support.”

Abortion, euthanasia and other ‘essential services’

For those who have made a material profit on the assertion that human life is only conditionally valuable, their conviction has only increased in plague time. Abortion providers are fighting to be counted as “essential services,” as overloaded hospitals and mass lay-offs make pregnant mothers more fearful than ever. Pro-abortion governors like Pennsylvania’s Tom Wolf are giving silent consent, as Planned Parenthood shuts down all services except abortion without penalty. The irony would be amusing if it wasn’t so grim. In a shocking piece of projection, the New York Times editorial board accused pro-lifers of “exploiting” vulnerable pregnant women, while urging that DIY abortions be made easier and cheaper. Naturally, the risks involved with having a physically traumatic elective surgery at this time are conveniently ignored. The business of death must continue as usual. Happily, as stories like this remind us, many women have chosen and will still continue to choose life in a world of uncertainty.

Our culture’s waning ability to affirm life as an intrinsic good is starkly apparent at the other margin of life as well. In parallel with abortion providers, those who traffic in “assisted dying” have also hastened to assure us that they will continue peddling their wares. Indeed, as Americans become “more aware of their own mortality,” writes Kim Callinan of Compassion and Choices, her organization is committed to helping them “claim their voice and finish strong.” For those “most vulnerable and in need of end-of-life options,” Compassion and Choices (formerly known as The Hemlock Society) stands ready to ensure they are not “left behind.”

We also see this cultural devaluing of life manifest in subtler ways, as when people speculate out loud that older victims of the virus “might have died this year anyway.” The unspoken implication is that their lives matter less merely because they have lived more life than we have. As Dr. Yoram Hazony wrote in a forceful Twitter rebuttal, this is the language of an ungrateful generation. “You forget,” he writes, “that we’re all going to die soon anyway.”

All of this is the logical outworking of losing our Judeo-Christian roots as a society: As goes God, so goes the sanctity of the individual. It’s no accident that the fight to preserve that sanctity today is still overwhelmingly Jewish and Christian-led. As politicians, professors, and ethicists capitulate one by one to the spirit of the age, the task of resistance has been mainly left to those faithful rabbis, pastors and priests who have not themselves capitulated.

But some who are neither devout Jews nor Christians still find themselves balking on the cliff’s edge. The late, great American journalist Nat Hentoff was one such shining exception, an honest secular liberal who called out his fellow secular liberals for abandoning the littlest of “little guys.” Though Nat was not a religious believer, devout theists for life like Wesley J. Smith recognized a kindred spirit. Nat famously wrote that a writer should never lose his sense of rage. I can only imagine the rage he would be unleashing today.

I felt a similar sense of recognition last year when I recorded a dialogue with British journalist Douglas Murray, who jokingly calls himself a “Christian atheist.” The phrase might understandably come off as a puzzling oxymoron. If one sees footprints in the snow, why still deny that someone has walked there? But I chose to take Murray in good faith. While he is not as consistently pro-life as Hentoff (he believes abortion should be legal), he is still haunted by the question of whether human life would be sacred in an atheist world.

In our dialogue, he said he was “amazed” that it is considered unusual for an atheist to be concerned with such things. Reflecting on his study of times “when things have historically gone wrong,” he said it seemed “obvious” that a secular society has a “massive problem” trying to “recreate, shore up, or otherwise mold an impression of the Christian idea of the sanctity of the individual.” In this, he echoes the prophetic words of Andrew Coyne, writing over twenty years ago that “a society that believes in nothing can offer no argument even against death. A culture that has lost its faith in life cannot comprehend why it should be endured.”

Speaking for himself, Murray freely admits he occupies an uneasy middle ground, as someone who feels he can go neither forward into nihilism nor back to Christian faith. Yet unlike much of our culture, he has not yet lost his faith in life. When we spoke, he said he retains “a very strong instinct” that life is an essentially meaningful, precious thing. In writing against euthanasia, he has pointed to the dramatic scene in King Lear where Gloucester tries to kill himself, only to realize his son has guided him away from the edge. Even though he is about to die anyway, it is in that moment when, in Murray’s words, “he discovers everything.” Murray alluded to this scene again in our conversation, saying it weighs on his mind when he thinks of friends who are “depressed…listless, or losing their sense of what they’re meant to be doing in the world.” Even if they, like Gloucester, are on the edge of death, he offers them the encouragement “that even just hanging on for those extra minutes” might allow them to discover what Gloucester discovered. And that, he is convinced, in spite of everything, is “worth hanging around for.”

I can think of no more needed message today, as death steals away so many so suddenly, and makes their final moments so lonely. That it comes from an atheist is simply more proof that we are creatures with eternity set in our hearts, knowing we are something more than mere animals to be put down when we are tired of life, even when we are unsure what that something is:

How much is a life worth? If anything good comes out of this dark time, let it be a great awakening of hearts and souls, as they realize that they already know the answer.

ESTHER O’REILLY is a maths PhD student and freelance writer. She blogs at patheos.com/blogs/youngfogey