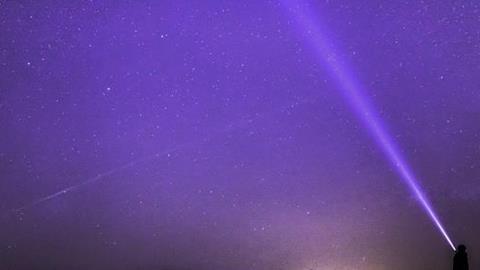 Here in Australia, we are already into Spring. On a pleasant Sunday morning recently, I wandered out into my garden and was overcome by multiple bursts of colour from our rose bushes. They had finally decided to put on a magnificent show with their first blooms for the season. I felt real pleasure in that moment as I took in their beauty.

Cupping a deep pink bloom in my hand, I marvelled at its exacting physical structure, with each petal enfolding one another, their position precisely calculated to support the physical structure. The vibrant colour, the fragrance of the bloom, the waxy green leaves surrounding it. I was in the presence of something inspiring, something that worked on my conscious mind to elicit an emotional response.

I couldn’t help but wonder if something greater was at work behind this simple Sunday morning interaction.

Over the past year, The Big Conversation series, hosted by Justin Brierley of the Unbelievable? show has quickly become an essential part of my podcast listening.

I suspect like many others, I was drawn to it by way of its first big episode of Season 1 that featured Canadian clinical psychologist Jordan B. Peterson.

Over a couple of hours, I was captivated by a conversation about faith, theology and Christianity that wasn’t couched in dogmatic interpretation, biblical absolutes or fire and brimstone rhetoric. Rather, this conversation and subsequent episodes have been collegial and thought provoking. Since its debut, I have consumed the series - sometimes multiple times - and have embarked on a deeper exploration of the ideas raised within them.

I have, only recently, come to a point wherein I have begun to question my atheism. I have written elsewhere that I have struggled with faith and, for a long time, harboured an antipathy towards it. But, I’m at a time in my life where I’ve realised that a lot of things I felt sure about no longer give me comfort - maybe they never did. I was adrift as a result of that realisation.

It wasn’t until I discovered Brierley’s programs “Unbelievable?” and “The Big Conversation” and came to appreciate the mission of each, that I began to shed a a lot of my prejudices towards faith. Further, I discovered a worldwide audience who not only understood my struggle, but embraced me despite the doubts I had. I found myself at an unusual crossroad where acceptance came, not from atheists but from people of faith.

Rather than turn away from the questions that would previously have shaken my confidence in perceived absolutes, I became curious about those questions. I wanted to explore them, not necessarily to find an answer, but to wrestle with what is possible within them. I have become something of a curious theologian. Justin Brierley encouraged me to consider that as my faith journey.

The Mystery of the Universe

In a recent episode of The Big Conversation Justin brought together celebrated cosmologist Sir Roger Penrose and Christian philosopher William Lane Craig in a conversation titled “The Universe: How Did It Get Here & Why Are We Are Part Of It?”

Sir Roger Penrose, a self described atheist, is renowned for his work with Professor Stephen Hawking. He has said he does not believe in any religious doctrines, but admits that the nature of reality is more complex than many of his secular colleagues admit. Penrose has put forward an idea of ‘Three Great Mysteries’ in the realms of the physical world, consciousness and mathematics, which have yet to be explained scientifically. The world is undoubtedly a physical construct which is driven by mathematical equations. But is there a unifying consciousness at work?

William Lane Craig is a philosopher & theologian who has garnered widespread acclaim for developing the Kalam cosmological argument that posits the Big Bang as evidence for a creator who set the Universe in motion. Essentially, the Kalam argument runs like this; Whatever begins to exist has a cause. The Universe began to exist. Therefore, the Universe has a cause.

As an Intensive Care Nurse, I regard myself as a man of science. I rely on the observable, the quantifiable, the strict equations of medical science to provide answers to the  medical conditions I encounter. However, in my 25 years of Nursing, I have witnessed profound moments in the human experience that transcend science. Moments where medicine has not been able to explain the course of a disease process or the patient’s ability to overcome their illness. These are moments that I struggle to explain to this day.

I was eager for the Penrose/Craig conversation because it promised a deep dive into the quantifiable as offered by science, while pondering the transcendent that “may” underly the observable. I find myself drawn, not so much to the doctrinal framework of Christianity – though that does form a part of my faith journey. I am to drawn to what lies outside these various human interpreted constructs. Increasingly, I’ve sensed the existence of a kind of ‘source code’ to the universe. Further, I’ve grappled with the possibility that there must be an author at work behind that source code.

Could God be the Answer?

Both Sir Roger Penrose’s Three Great Mysteries proposition and William Lane Craig’s Kalam Cosmological Argument were as close to a lightning bolt moment for me. Both arguments are powerfully synergistic; both intimate a strong case for an omniscient designer. Of the two, I found myself gravitating towards Sir Roger Penrose’s Three Great Mysteries proposition. It is compelling because it is couched in a scientific framework, while inspiring consideration of the possible – but it is not absolute. William Lane Craig’s proposition supports Penrose’s argument, allowing for the consideration of mathematical, conscious and physical processes while being more definitive in its belief in an omniscient designer. In Penrose, I did not sense doubt - more of a need to explore further.

Dr. Jordan B. Peterson has said previously that we must wrestle with God – that we should question, debate, doubt and negotiate the path towards faith. I am inspired by those words. I take a good deal of comfort in them. They are a sentiment I sensed Penrose himself considered during his conversation with Brierley and Craig. His Three Great Mysteries proposition encapsulates that kind of ‘wrestling with God’ that I have come to find so compelling in my own life.

Rarely, do I look at my own world without a deeper sense of what is possible anymore. Since embarking on my faith journey, I constantly grapple with the question of whether there is something greater at work. When I stand under the sky at night and see the Universe in on display in all its brilliance. When I revel in the love of family and friends and the human connections I make emotionally and intellectually. When I step out into a Spring morning, with the sun rising high and day brimming with possibility.

When I see the rose in my garden. A perfect design. A perfect structure. Perfect in my consciousness.

Dean Mayes is an Intensive Care Nurse and novelist from Adelaide, Australia. http://www.deanfromaustralia.com