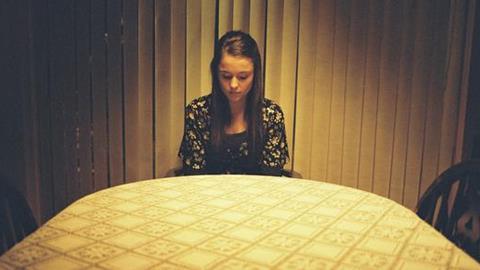 Apostasy: This gripping drama about Jehovah’s Witnesses will make you angry

God has commanded us to preach the good news to all. When Jesus returns he will restore the earth. In the meantime, no you can’t have a blood transfusion.

Even if it will save your life.

Welcome to the world of the Jehovah’s Witnesses, as portrayed in the gripping British drama Apostasy, currently being screened in selected UK cinemas.

Although they claim to follow Christ, JWs have long been excluded from mainstream Christianity because of important doctrinal differences. While all Christian denominations believe Jesus is God and accept the doctrine of the trinity, JWs deny both.

The film doesn’t deal with these theological distinctions, but there’s plenty of God-talk and prayer depicted. It’s refreshing to see a film engage with spiritual matters and portray how important faith is to many of us. It also demonstrates how what we believe can dramatically alter the course of our earthly lives.

Apostasy is set in Oldham, Manchester and tells the story of a mother and her two teenage daughters - all devout followers of the faith. Writer/director Daniel Kokotajlo has clearly drawn on his own experiences growing up in the city as a JW. Hence why this piece of fiction feels so real.

Best described as a tragedy, this is ultimately a story about how dogma and religion can tear a family apart. Each of the three women must choose to either follow what they’ve been taught and told by the elders at the Kingdom Hall, or go their own way, thereby suffering serious consequences to their relationships with one another.

Some have described the JWs as a cult - a loaded and perhaps needlessly offensive term. But one of the most common objections to this faith - namely the issue of excommunication - looms large in the film. While plenty of Christian churches would accept there are cases where an individual must be asked to leave, the heavy-handed nature of being “disfellowshiped” - which in the film means ceasing to have any contact with your own family member who lives in the same house as you - is extreme. And it’s another point of difference between mainstream Christianity and the doctrines of the Watchtower Society.

The alleged controlling nature of the organisation is also highlighted by the film. When one of the daughters first begins to doubt her faith she starts researching the group’s history. Soon, thanks to the internet, she discovers the elders had predicted the world would end in the 1970s and some had even sold their possessions, ready to usher in the “new system.” Why had she never been told about this false prophecy?

As Christians, we are all too aware of how media representations of who we are and what we stand for are often inaccurate. Could the same thing be happening here? Are the JWs victims of unreasonably negative publicity in the form of this film? Perhaps, but we should remember the film’s writer spent 10 years inside the religion.

This is a powerful movie, designed to make you angry. Where is the sense in withholding life-saving treatment from a young girl who needs a blood transfusion? And how dare the elders ban a woman from speaking to her child? There are moments when you want to scream at the characters to run away from this organisation which is tearing their family apart.

Shouting at your television screen won’t achieve much. But the very fact this engrossing film is available reminds me of Christ’s words: “Whatever is hidden is meant to be disclosed, and whatever is concealed is meant to be brought out into the open.” (Mark 4:22) Thanks to Apostasy it seems some of the JW’s more concerning and most-hidden beliefs and practices are being brought into the light.

Apostasy is available to watch now on Curzon Home Cinema