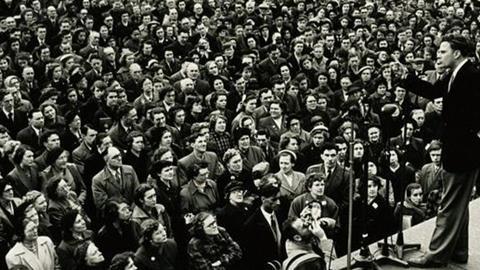 Dr Billy Graham has been my biggest role model - not just as a Christian but as an evangelist.

Dr Billy Graham has been my biggest role model - not just as a Christian but as an evangelist.

His life and dedication to the proclamation of the gospel led to millions hearing, and responding to, the good news. The above photo is taken from his Greater London Crusade in 1954 when he preached to thousands in Trafalgar Square: 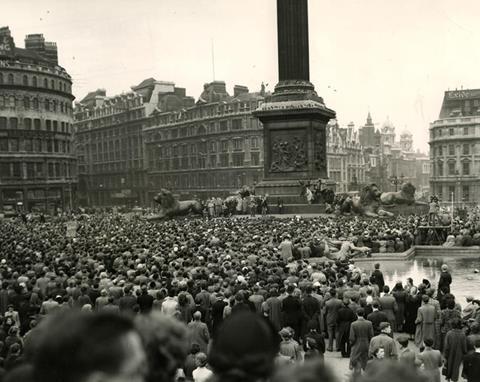 In total, he spoke to live audiences of nearly 215 million people in more than 185 countries around the world and an estimated two billion people have heard his messages through television, video, film and the internet.

His impact is almost incalculable. But here are just five things he’s modelled to me when it comes to sharing my faith:

Dr Graham was unwavering in his commitment to his God given calling.

He once said: “My one purpose in life is to help people find a personal relationship with God, which I believe comes through knowing Christ.”

There must have been many opportunities and temptations along the way but his utter commitment to preaching the good news and seeing others given a chance to respond to this is something that is a huge lesson to us all.

Staying focused and not being drawn away by the many distractions (legitimate or not) that come our way is something we can all learn from.

It can be tempting to try and be a bit too creative or overly clever with the message we’ve been entrusted with. But Dr Graham kept things simple. He preached a clear message that engaged his listeners.

His sermons were both biblical and accessible. In a Christ-like manner he shared deep truths in a way that anyone could understand and see as relevant to their situation.

3. Make sure your lifestyle mirrors your message

Journalists would often try and dig up scandals about Billy Graham. But they never succeeded because there was nothing to find! When it came to holiness and living the life worthy of his preaching, Billy Graham was an incredible example.

Some of the boundaries he drew might seem overly conservative to some, but I have nothing but admiration for the way in which he lived his life. He put a desire for holiness and pleasing God ahead of what any human thought of him.

As an evangelist it’s vital that we practice what we preach and in Dr Graham’s case he did this better than most. As Christians we all need to pursue the kind of life that points to ‘whose’ we are - children of the living God.

It’s easy to do lots of different things - each for a short space of time. It’s much harder to keep on going and persevering with one message while everything changes around you. Yet he faithfully preached the gospel throughout his adult life. Even when he was 95 years old, he released a final gospel video to the world entitled ‘The Cross’.

Over the decades his style changed a little from time to time, but the substance of his message remained the same and the calling he lived out was consistent. In our instant culture where everything seems able to change without thought, the enduring tenacity shown by Dr Graham in keeping going with his evangelistic mandate is a wonderful example to us all.

Even after his death the impact of Dr Graham’s evangelistic ministry continues to be immense.

Hundreds of thousands of people all over the planet are now sharing their faith with others having first been introduced to Jesus by Dr Graham.

It’s important that all of us leave a positive and significant legacy in the lives of others once our time on earth is finished. This process of positively investing in other people should begin now, not when we are older.

I thank the Lord for the ministry of Dr Graham and I am grateful for all I’ve learned from him. I’m reminded to follow his example in holding on to an eternal perspective and not allowing myself to be distracted by the things of this world. 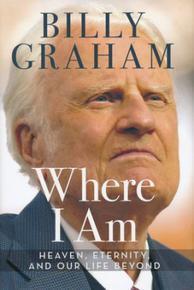 To quote the great man, “My home is in heaven. I’m just travelling through this world.”

As we travel through this world let’s not ever underestimate the impact we can have on those around us. Just as Mordecai Ham had an incredible legacy (Dr Graham responded to the gospel after listening to Ham preach), we never know the impact we might have on any one life.

Let’s be inspired by Dr Graham and go for it in sharing the gospel in our day!

Gavin Calver is director of mission at the Evangelical Alliance. He was formerly national director of Youth for Christ (YFC), which was born out of Billy Graham’s ministry