2017 saw record numbers attending big Christian events such as Soul Survivor, where more than 1,300 teenagers accepted Jesus as their Lord and saviour. Soul Survivor also launched a new event, Naturally Supernatural, six days aimed at families who want to move more “in the ministry and power of the Holy Spirit”.

Over the summer, J.John hosted his first JustOne eventat the Emirates Stadium. The idea was each Christian attending would invite just one non-believing friend along. Afterwards it was reported that 1,700 made a response to the gospel. Speaking after the event he told Premier Christianity: “We’re hearing stories of whole families coming to Christ, making significant steps in their journey of faith and prodigals coming back.”

Hillsong London also attracted huge numbers to its events. Not only did the European conference have 13,000 attendees, the three Christmas carol services at the SSE Arena in Wembley were full to capacity. Whether or not you agree with the approach – paid tickets to witness a Christmas extravaganza – it is great to know that thousands of people will have heard the gospel message while there. 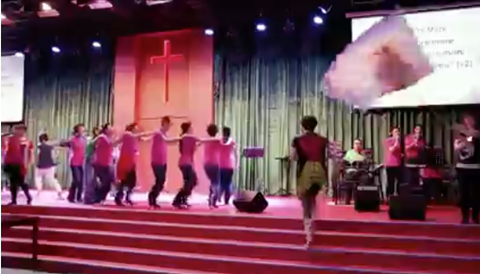 Sources such as CBN and Christianity Today reported an explosion in church growth in China this year. While stories can be difficult to come by, due to the controlling nature of the state, there appears to have been somewhat of a revival in 2017. CBN goes so far to say that by 2030 China could be “the most populous Christian nation on the planet”.

Historically, there have been two types of churches in China: the registered, state-controlled Three-Self churches, and the unregistered, ‘underground’ house churches. It is in the house churches that, over the years, reports of rapid growth have emerged.

However, back in January 2017 CBN reported that there has been an outbreak of the Holy Spirit in Three-Self churches (the picture above shows members of a state church dancing and waving flags). While the state normally has to approve everything a preacher speaks on, and under 18s have, in the past, been forbidden to attend, the rules in some areas seem to have been loosened and churches are flourishing.

Then in November Christianity Today reported that Christians were being asked to remove crosses and other religious displays from their homes and churches, while Premier reported back in January that President Xi Jinping is consciously trying to reassert state power as the ultimate force in China. 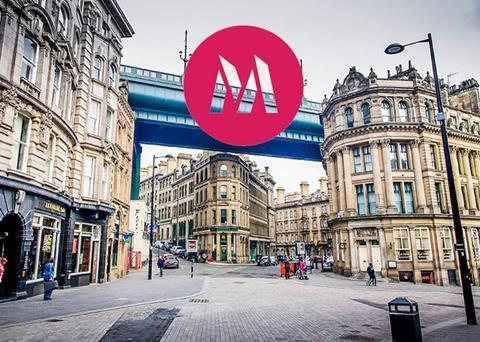 There was a unity theme across many of the UK Christian festivals, such as Spring Harvest, during 2017. The 500th anniversary of the Reformation also brought churches together for commemoration events. Churches Together, for example, held a national ecumenical service at Westminster Abbey.

Unity is also one of Movement Day UK’s five values, an organisation that has drawn together leaders from many different church networks as well as organisations such as the Care for the Family, Home for Good, Christians in Politics and the Evangelical Alliance. As their website indicates: “A significant move of unity has been growing in cities and towns across the world as the Christian Church tries to reconcile with a contemporary world. Leaders from all denominations and cultural backgrounds are coming together to seek the welfare of their city, to pray, share and take action together to heal the wounds of a world in crisis.”

4. The Church sprung into action in a time of trouble 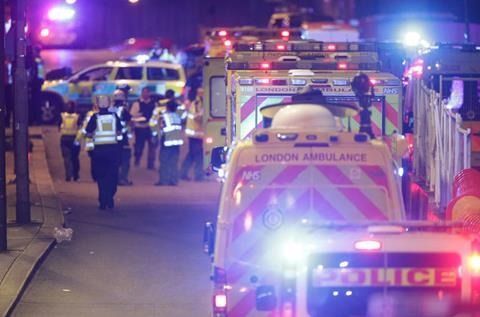 It was certainly in times of terror and devastation that the Church rose up to provide practical help, as well as hope. With terror attacks in Westminster, Manchester and London Bridge and the horrific fire at Grenfell Tower all in 2017, fear has gripped the nation, along with our usual dogged determination to carry on. The world has definitely changed in recent years, and in 2017 Britain felt that keenly.

The good news is that it has been Christians local to each disaster that have often been the first on the scene, alongside police and paramedics, offering practical care. After the Grenfell Tower fire, the government was criticised for its slow response, while the church was praised for opening its doors to the community straight away. While we may have questions and concerns of our own, as we process what has happened, Christians have still been reaching out with God’s love. 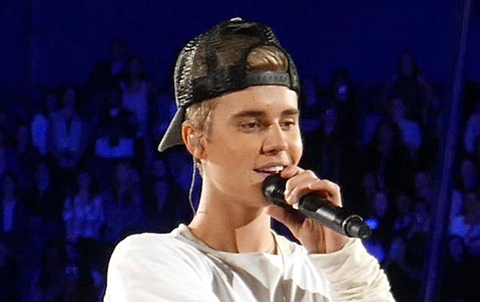 When high-profile figures bring God into the public sphere we should celebrate. Outspoken comedian Russell Brand invited Christian apologist Alister McGrath onto his podcast and genuinely sought answers from Alister about why he is a Christian.

Justin Bieber praised God at the end of his slot at the One Love Manchester benefit concert, put on to remember the victims of the suicide bombing at Ariana Grande’s Manchester concert. He spoke emotionally to the 50,000 music fans, saying: “God is good in the midst of the evil. God is in the midst, no matter what is happening in the world, God is in the midst and he loves you and he is here for you.”

Other musicians who brought God into their music in 2017 include Stormzy, whose debut album Gangs Signs & Prayer reached No.1 in February. His faith is most openly displayed in the songs ‘Blinded by your grace’ part 1 and 2. More recently, Gwen Stefani said her song ‘Christmas Eve’ came to her so effortlessly, and reminded her of the songs she used to sing in church, that she was worried she’d lifted it! She also commented that it felt like a prayer, and the lyrics certainly seem like a cry for help:

I can’t see in this darkness
So in need of forgiveness
Before all of my faith dies
Show me the way like a northern light
Come find me ‘cause I can’t find myself.

As we look ahead to the new year I’m reminded of Terry Virgo’s words in the November issue of Premier Christianity where he wrote about reigniting revival hopes. Who knows what God may have in store for 2018?