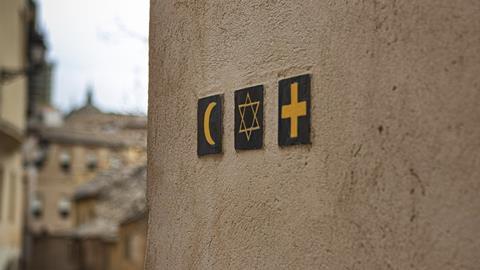 What is Judaism and how does it differ from Christianity?

Before the 20th Century, New Testament scholarship experienced a sort of ‘dark ages’ as it relates to the life and testimony of Jesus. This is not because Jesus was not studied, rather it is because scholars were largely dismissive of Jesus’ Jewish background.

German scholarship has played a pivotal role in Historical Jesus studies and some scholars believe it was German anti-semitism that caused such a failure to recognize the Jewish backdrop of Jesus’ life on earth.

Given this new ‘reclamation’ of the so-called ‘Jewishness of Jesus’, it is natural to wonder the difference between the Judaism which paved the way for Christ’s entry to earth and the Christianity which swept over the world after he ascended.

Judaism is one of the world’s oldest monotheistic religions. It is the religion of the Jewish people and is based on the principles and beliefs outlined in the Hebrew Bible (also known as the Tanakh), which is considered to be the word of God.

The origins of Judaism can be traced back to the ancient Hebrews and their covenant with God as recorded in the Hebrew Bible. The Hebrews were a nomadic people who lived in the land of Canaan (present-day Israel and Palestine) and claim descendancy from the Abraham, Isaac and Jacob of their scripture.

According to the Hebrew Bible, God made a covenant with Abraham and promised to make his descendants a great nation. The Hebrews eventually settled in the land of Canaan, where they developed a distinct culture and religion based on the worship of Yahweh, the “Most High” and one true God (see Deuteronomy 6).

The Hebrew Bible (synonymous with the Christian Old Testament) is the Holy Scripture of Judaism and is considered to be the Word of God. It is composed of three main parts: the Torah (also known as the Five Books of Moses), the Nevi’im (Prophets), and the Ketuvim (Writings).

The Torah contains the laws and commandments that are central to Judaism, including the Ten Commandments. The Nevi’im and Ketuvim contain the teachings and stories of the prophets and other figures, as well as hymns, poems and other writings.

What do Jews believe and practice?

The central beliefs and practices of Judaism revolve around the worship of God and the observance of the commandments outlined in the Hebrew Bible. The Jewish people are known for their strict adherence to the laws of the Torah, which are interpreted and applied by religious scholars known as rabbis.

The practice of Judaism also includes the observance of holidays and festivals, such as Passover, Rosh Hashanah and Hanukkah. Jews also observe the Sabbath, a day of rest and worship that occurs on the seventh day of the week (Saturday).

Differences between Judaism and Christianity

While Judaism and Christianity share a common origin in the Hebrew Bible, there are several key differences between the two religions.

One major difference is that Christianity is based on the belief in the divinity of Jesus Christ, who is considered to be the Son of God and the Saviour of humanity. For Jews, Jesus was a good teacher and rabbi, but ultimately, just another overzealous failed messiah.

Christians believe Jesus accomplished redemption through his sacrifice, where he died on the cross to atone for the sins of humanity and satisfy the wrath of the Father. Additionally, Christian teaching places an emphasis on salvation by faith through grace. The book of Hebrews clarifies that this is also how believers in the Old Testament were justified, over and against the belief that this justification was based on the sacrifice of bulls and goats (Hebrew 10:4).

The degree to which a Christ follower must keep the law was a topic of often debate among the first Jewish Christians, and led to much division within early churches.

Despite their differences, there is a long-lost important connection between Judaism and Christianity that has come to light in recent decades: The Two Powers in Heaven.

The ‘two powers in heaven’ doctrine is a concept that originated in ancient Judaism and was later adopted by early Christian groups. It is based on the belief that there are two distinct divine powers or entities that exist in heaven: one is the supreme God, and the other is a lesser divine being, often referred to as the “Son of God” or the “Angel of the Lord”.

Some Jewish scholars interpreted these passages as references to a second divine being, who was subordinate to the supreme God but still possessed divine attributes and powers. This concept was seen as a way to reconcile the seemingly contradictory passages in the Hebrew Bible, and to maintain the belief in the unity and singularity of God.

In early Christianity, the two powers in heaven doctrine was embraced by some groups who believed that Jesus was the divine “Son of God” mentioned in the Hebrew Bible. These groups saw Jesus as the lesser divine being who was subordinate to the supreme God, but who was also a divine figure in his own right.

This belief was seen as a way to reconcile the Jewish and Christian views of Jesus, and to maintain the unity of God while also acknowledging the divinity of Jesus. However, it was ultimately rejected by the mainstream Christian church, which emphasised the belief in the singular and divine nature of Jesus.

Today, Christians have the benefit of hindsight, and understand that trinitarian Christian thinking reconciles all the biblical data. It is now possible to make sense of Old Testament passages with multiple divine beings (Exodus 3:1-4:17 and Genesis 22: 11-15, for example) without appeal to the ‘two powers’ doctrine.

For obvious reasons, this doctrine was denounced as a Jewish heresy within the first few centuries AD (Heiser, 2015). It is significant, however, that the doctrine of the trinity is not a Christian invention, but rather a natural outgrowth of a doctrine many Jews already believed and that seems apparent upon surveying the Hebrew Bible.

Judaism is a monotheistic religion with a rich history and a distinct set of beliefs and practices. While it shares some common ground with Christianity, it also has several key differences, including its beliefs about the Messiah and the importance of personal responsibility and the observance of religious law.

Ultimately, Christians can be thankful and appreciative of Jewish culture and heritage. Jesus was a Jew and the Hebrews were God’s chosen people, through whom he accomplished the salvation of believing gentiles.