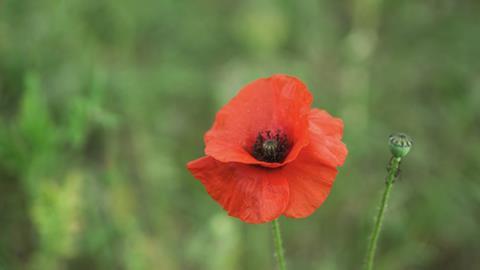 As we approach Remembrance Day and Veterans Day, Ruth Jackson reflects on the importance of remembering

“At the going down of the sun and in the morning,

We will remember them.” (‘For the Fallen’ by Robert Laurence Binyon)

For some, Remembrance Day (or Veterans Day in the US) may pass each year without much significance. A very small percentage of the UK serve in the military, so many may never have met an active serviceman or woman. My father was an Army chaplain for a number of years and had the privilege of supporting the Armed forces community on and off the battlefield, so while I don’t pretend to have any special insight, Remembrance Day has always been important to me.

Whatever a person’s opinion of war and the military, Remembrance Day is a good opportunity to look back and remember.

A few years ago I interviewed a widow called Brenda Hale, whose husband, Captain Mark James Hale, was killed in military service in Afghanistan. The Hale family relied heavily on their Christian faith while he was away at war as well as when they were “following the flag” – moving around the country or world with him every two years or so.

Their faith became even more vital on 13th August 2009, when two military personnel knocked on Brenda’s front door to deliver the news that her husband had died. Brenda and her two daughters remember Mark every day and are continually inspired by his strong faith. But Remembrance Day provides an occasion for them to also remember Mark’s fallen friends. She said:

“Mark’s faith has reflected on to us and we use that as our inspiration…Every day we remember his integrity, his honesty, his loyalty and most of all, his self-sacrifice…We are very proud, but more so on Remembrance Day…We don’t just remember Mark, we also remember his friends. 2009 was the bloodiest year of the Afghanistan war. We lost over 100 men in the period of six months. So we also remember all those other families, and our lives are interwoven with them.” (Brenda Hale, author of I Married a Soldier)

Regardless of ideological persuasions on warfare, this Remembrance Day we can all remember the past and be thankful. Our lives may not be as interwoven with The Fallen as Brenda Hales’, however we can still be immensely grateful for their sacrifice, which bought our freedom.

Without wanting to perpetually extricate theological inferences, there is an obvious parallel with the sacrifice of The Fallen and the death at the heart of the Christian story.

Our soldiers, past and present, sacrificed their lives so that we can live in freedom. The Bible articulates that Jesus too willingly chose to lay down his life so that we can be free:

“Christ offered himself as a sacrifice that is good for ever…by his one sacrifice he has forever set free from sin the people he brings to God.” Hebrews 10:12-14 (CEV).

Why am I suggesting that a past event belongs in a section entitled Remember the Present? An unusual use of a Greek verb in one of the gospel accounts may help answer this. John 19:30 says: “When Jesus had received the wine, he said, ‘It is finished.’ Then he bowed his head and gave up his spirit.” “It is finished” here is arguably not the most accurate English translation of the original Greek recorded by John. “It has been finished and continues to be finished” may be a more authentic interpretation.

John also uses this same perfect tense to describe Jesus’ death in verse 33 of chapter 19. Why would he use a tense that speaks of a past event, which has ramifications for the future in reference to Jesus’ death and what was achieved on the cross? Because, for him, this was not the end of the story. While Jesus’ death was a past event, John believed it had a present and future reality. Or, as that Hebrews passage puts it, Jesus’ sacrifice was “good for ever”.

Remembrance Day can be a helpful time for us to look back and remember the ultimate sacrifice that brings freedom to our present and hope for our future.

There’s a story in 1 Samuel 7 that speaks of Israel’s bloody battle with the Philistines. In verse 12, having defeated the Philistines, the prophet Samuel lays a stone and calls it ‘Ebenezer’. Far from meaning a grumpy Christmas-hating miser (Ebenezer Scrooge), this Hebrew word means ‘stone of help’ and while Samuel lays the stone down, he says: “Thus far the Lord has helped us.” The stone is laid to remind the Israelites of God’s help in the past so they can be confident of his provision in the future.

As we approach a winter tainted by joblessness, rising living costs and anxious thoughts, it is understandable that many of us may struggle to recall moments when God has helped us in the past. However, once we look back and start to list our blessings, it often helps us to look forward with a fresh perspective.

As we approach Remembrance Day there is a challenge not only to remember the good things we’ve been given, but also to recall the moments when we have felt God’s presence even in the darkest moments of moments. To know that we are not alone.

Remembrance Day provides us with an opportunity to raise our ‘Ebenezers’, our remembrance stones of help. To be thankful for the sacrifices of The Fallen. And to reflect on the greatest sacrifice of all, which has led to our forever freedom.

Ruth Jackson is a producer and youth specialist for Premier Christian Radio’s Unbelievable? radio programme and podcast and host of The C.S. Lewis Podcast with Professor Alister McGrath.