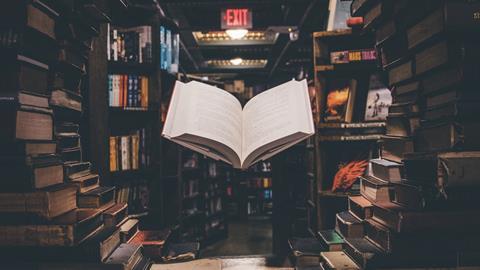 The greatest story ever told

Erik Strandness reflects on how Christianity shaped the West

Glen Scrivener’s book ‘The Air We Breathe: How We All Came to Believe in Freedom, Kindness, Progress & Equality’ makes the case that our belief in modern human rights and values are a direct product of the Christian story that shaped the West. New Testament critic Bart Ehrman’s book ‘The Triumph of Christianity’ also acknowledges the contribution of Christianity to the West but denies that all the glory should go to the Lord Jesus Christ. The two men met on Unbelievable? to discuss the rise of Christianity and its contribution to modern culture.

Scrivener made the case that Christianity was appealing to first century Jews and Gentiles because it offered a social ethic which was in stark contrast to the prevailing Greco-Roman worldview. Ehrman, however, disagreed and implicated miracles as the main driver of Christian conversion. He acknowledged that all religions had their miracle workers, but felt it was miracles in the context of an exclusive faith which made Christianity unique and resulted in its rapid growth.

“A very common idea, for example, is that Christians attracted people into the movement because of their family values, their social agenda of helping people and providing charity and things. I think it’s right that it did invent a number of important areas of charity but there’s no evidence that it led to any conversions…What all the records say is that people were convinced by miracles. The Christian God was more powerful than the gods they were worshipping, and the reason people worshiped gods, then and pretty much the same reason now, is because the gods are powerful and can provide things that we can’t provide for ourselves.” (Ehrman)

While miracles were certainly a part of Jesus’ ministry, he knew the danger of the medium becoming the message and was hesitant to be known as a wonder worker. Miracles established his authority but didn’t define his mission, they were compassionate calling cards but not a recruitment strategy.

Jesus fed the 5,000 but took great pains to convince those who witnessed the event that he was not a miraculous bread dispenser. He challenged them to stop thinking about magically filling their groaning bellies with carbohydrates and instead concentrate on feeding their starving souls with the Bread of Life. Miracles also followed Peter and Paul, but in their letters there is scant mention of them as perks of church membership. The apostles made sure that their audience knew that “The Way” wasn’t a band of groupies following Jesus Christ Superstar from show to show but was a tight knit group of fellow cross bearers journeying together along the via dolorosa.

Scrivener and Ehrman characterized Christianity as high risk, high reward. The risk being persecution and suffering but the reward being heaven and not hell. It would seem odd that people would choose to follow a miracle worker with so much baggage when paganism could provide wonders without the worry. One could argue that St. Paul made it clear that Christianity was empty without the miracle of the resurrection, but it was the same Paul who also said that all he wanted to do was to know Jesus Christ and him crucified.

The symbol of Christianity is a cross and not an empty tomb so while the hope of resurrection was appealing, it wasn’t possible without first dying to self. Interestingly, Jesus retained the scars of his crucifixion on his resurrection body, reminding us that even the greatest miracle of all time came with a large dose of preparatory pain. While the miracle of the resurrection was checkmate for our last enemy, death, it certainly had a checkered past.

Lifestyles of the poor and obscure

Jesus didn’t come promising health and wealth because he knew that a camel skin suitcase full of riches was too large to pass through Kingdom customs. A situation that perplexed the disciples prompting them to ask: “Who then can be saved?” To which Jesus responded: “Many who are first will be last, and the last will be first.” In other words, the poster children for God’s Kingdom would be widows giving away their last coin, men acknowledging their brokenness in public prayer and women of ill repute adorning Jesus with expensive perfume. Christianity was attractive not because you could miraculously climb the social ladder but because you could hallow the rung upon which you stood. Athenagoras, in a letter to the emperor Marcus Aurelius, illustrated this point by describing the Christian community ethos:

“But among us you will find uneducated persons, and artisans, and old women, who, if they are unable in words to prove the benefit of our doctrine, yet by their deeds exhibit the benefit arising from their persuasion of its truth: they do not rehearse speeches, but exhibit good works; when struck, they do not strike again; when robbed, they do not go to law; they give to those that ask of them, and love their neighbours as themselves.

Should we, then, unless we believed that a God presides over the human race, thus purge ourselves from evil? Most certainly not. But, because we are persuaded that we shall give an account of everything in the present life to God, who made us and the world, we adopt a temperate and benevolent and generally despised method of life, believing that we shall suffer no such great evil here, even should our lives be taken from us, compared with what we shall there receive for our meek and benevolent and moderate life from the great Judge.” (A Plea Regarding Christians by Athenagoras The Philosopher)

Christianity didn’t promise lives of fortune and fame but sanctified the lifestyles of the poor and obscure.

And now for something completely different…

I think Christianity appealed to the commoner because it offered a new world order. The masses were painfully aware of how each successive earthly kingdom had reduced them to collateral damage in the power plays of an elite few, but then along came Jesus telling them about something completely different. A Kingdom whose model citizens would be the hungry, thirsty, naked and imprisoned. A government shouldered by a King who serves and is not served. A Country whose citizens aren’t known by the flag they fly but by the sacrificial love they have for one another.

“But Jesus called them to him and said: ’You know that the rulers of the Gentiles lord it over them, and their great one’s exercise authority over them. It shall not be so among you. But whoever would be great among you must be your servant, and whoever would be first among you must be your slave, even as the Son of Man came not to be served but to serve, and to give his life as a ransom for many.’” (Matthew 20:25-28)

Even pagan emperors acknowledged that what made Christianity a force to be reckoned with was the way they behaved. Julian the apostate came to power at a time when Christianity was the religious flavour of the month, but he longed to bring back the Tutti Frutti of paganism. While he attempted to discredit Christian theology, he recognized that it was the social implications of the gospel that made it such a persuasive force. He knew that if his agenda was to be successful, the pagan priests needed to up their game and promote a social ethic that was at least as powerful as that of the Christians. Julian, in a letter to the pagan priest Arsacius, stated it this way:

“For it is disgraceful that, when no Jew ever has to beg, and the impious Galilaeans support not only their own poor but ours as well, all men see that our people lack aid from us. Teach those of the Hellenic faith to contribute to public service of this sort, and the Hellenic villages to offer their first fruits to the gods; and accustom those who love the Hellenic religion to these good works by teaching them that this was our practice of old…Then let us not, by allowing others to outdo us in good works, disgrace by such remissness, or rather, utterly abandon, the reverence due to the gods. If I hear that you are carrying out these orders I shall be filled with joy.” (Julian the Apostate to Arsacius, High-priest of Galatia)

It was a tacit admission that the cultural air the empire was breathing was Christian and Julian knew that he would have to repackage compassion in a pagan container in order to resell it to the religious consumer. The problem was that promoting a kinder gentler paganism was very difficult without any divine role models. Julian’s problem wasn’t promoting noble social practices but finding a virtuous pantheon to cheer him on. Christianity, on the other hand, offered a God who emptied himself, became human, and gave us a Master class in compassion.

The miracle of suffering

Suffering was a daily fact of life in the first century and most obvious to those in the lower socio-economic class. Pagan religions and governments attributed it to fate, inferiority or ignorance. Jesus entered the scene and not only told the people that suffering wasn’t their fault, but that it actually revealed God’s power to save. Jesus’ following grew not because his followers believed he could miraculously eliminate their suffering but because he was the only one who could make it salvific. The true miracle wasn’t healing a withered hand, stopping a flow of blood or raising the dead, but was the redemption of suffering.

Scrivener told the story of Saint Macrina who went to garbage dumps to retrieve discarded babies and raise them in her community.

“The question was what was she looking for on the garbage dump and the deepest answer is she was looking for God on a garbage dump because her vision of God was that God was the kind of God who descends to the garbage dump…The God that Macrina believed in was a gutter level God who actually says in Matthew chapter 25: ‘Whatever you do for the least of these you do for me.’ Such that, what she is discovering as she pours herself out for the least, the last and the lost, is the way of Jesus. But also somehow she’s encountering Jesus in those who Nietzsche would describe as the weak, the low and the botched.”

In many ways, individual arguments about which areas Christianity did and did not influence culture are dwarfed by the overwhelming fact that Christians worshipped a God unlike any other. People have historically tried to find God in the upper echelons of power, intellect and wealth, but Jesus tells us that he is found in the least, last and lost. The people who were felt to be farthest from God were in fact the closest, labelled human garbage by the ruling elite they turned out to be another Man’s treasure.

While I don’t completely share Ehrman’s historical assessment of Christianity, I will give him the last word on the Jesus story:

“It is the most powerful story that’s ever been told…It is something that should really impact our lives and affect how we live.”