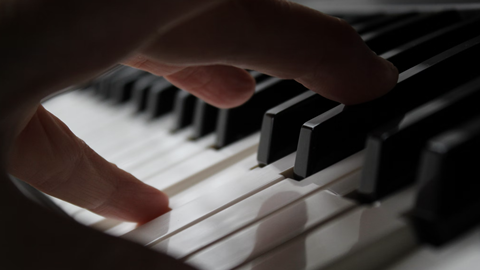 Teach the world to sing in a minor key

And keep it company

All standing hand in hand

And hear them echo through the hills

For peace throughout the land

Many of you will remember the 1971 Coca-Cola commercial where a large multiethnic, multiracial cast stood upon a hill singing a song of hope for the entire world. It was a song of joyful expectancy, despite the fact that it was delivered as a message in a bottle. While it temporarily made us feel good about our fellow humans, it didn’t change the world. Why? Why can’t good feelings, summer clothes and an ice-cold soft drink unite us? I would suggest that true unity is impossible during times of prosperity because it is hard to hold hands when they are busy rummaging around in our own tills. Commerce is regulated by borders but tragedy is the unrestricted currency of humankind and the exchange rate of suffering is equal in every country. Surprisingly, those events that most affect our global well-being are the ones that most powerfully unite us.

If you get a group of people together to talk about their lives but only focus on personal accomplishments they will leave divided by differences in economic, social and emotional opportunities, but if they sit around and discuss their sufferings all the barriers will be broken down and they will leave as equal opportunity friends. Lament turns out to be a cultural glue while laud is nothing but an adhesive remover. We all try to accessorise our image of God with material bobbles, but when we suffer we are stripped down to our naked essence and are not ashamed because we finally see each other fully as we are fully known.

I find People magazine fascinating because it points out the bits and pieces of God’s truth that we have become blissfully ignorant of. Almost without fail, each issue has a story about suffering—a failed Hollywood marriage, the tragedy of losing a limb, a celebrity cancer, a natural disaster or a school shooting—but these stories are inevitably followed by restoration. The most heart-warming stories are those in which suffering has been overcome, redeemed, made a blessing and changed the lives of others. Life is not ruined, but hope is revealed and suffering is redeemed!

The Hollywood starlet rebuilds her life after the infidelity of her partner, the public figure overcomes the odds of cancer, or the community comes together to support its members and rebuild after a disaster. A mother forms MADD after the death of her child at the hands of a drunk driver, parents establish the Polly Klaas Foundation after the death of their abducted child. The response to a particular tragedy becomes so much larger than the event itself. A small obituary in a newspaper becomes a non-profit organisation. Individual tragedy creates a redemptive community of suffering where none had existed before.

Suffering, in every other religion, is due to karmic payback, punishment for disobedience, or unhealthy attachment to the world. Suffering for them is a sign of failure. For Christians, however, suffering is the way of salvation established by a God who was not immune to our pain, a God who emptied himself and became one of us, a man of sorrows, acquainted with grief. The gospel of hope is ushered in by an event of extreme suffering. We need to remember that all of our praise songs were preceded by a funeral dirge. It was the passion of Jesus, not a song, that brings peace to the land.

It appears that the only way to teach the world to sing in perfect harmony is if the song we sing is in a minor key.