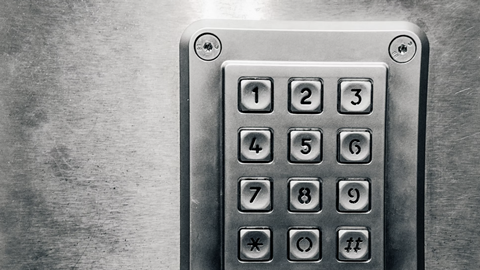 We humans have a notorious knack for minimising our faults. We know we should behave better but rather than appealing to a higher standard we use our fellow-man as a yardstick. Acutely aware of our own faults we temper our disappointment by scrutinising the behaviour of our neighbour and concluding we aren’t so bad after all. Why do we care about the way we act and think? If we are just evolved animals, then we need to banish those feelings of guilt and cut our neurotransmitters a little slack. But we don’t! We believe that we must appease a ghost haunting our well-oiled biological machines. Why?

The Pew Research Centre found that, “roughly seven-in-ten (72%) Americans say they believe in heaven — defined as a place ’where people who have led good lives are eternally rewarded.’” All religious traditions have well defined parameters of behaviour which they believe qualifies its adherents for the afterlife. Buddhism promotes walking the eightfold path. Hindus perform acts of charity to acquire good karma and work off bad karma. Even those with no specific religious affiliations believe that being a good person qualifies them for the presidential suite on a cruise across the river Styx.

We recognise a goodness bar but set it so woefully low that very few are excluded. We believe that if we help an old lady cross the street then God will certainly escort us into heaven. The problem is that Brownie points, Boy Scout badges, and public service may get you the key to the city, but they won’t unlock the pearly gates.

Jesus wasn’t impressed with a rich, rule-following young ruler, or with a group who prophesied, cast out demons and did miracles in his name. While he agreed with them that there was a price for kingdom admission and admired their willingness to dig through their pockets to come up with the admission fee, he pointed out that it wasn’t the coins that were the problem but the overwhelming amount of accompanying prideful lint.

The disciples had a hard time understanding why works weren’t enough.

“Who then can be saved?” But Jesus looked at them and said, “With man this is impossible, but with God all things are possible.” (Matthew 19:25-26)

Saint Paul had an impressive array of religious medals affixed to his chest. He had every reason to have confidence in his service to the one true God.  However, his Damascus Road encounter with the risen Jesus made him realise that all his accomplishments only made him an arrogant pedestrian in the city of man and not a loyal citizen in the city of God. Paul understood that a circumcised biological shell does not give an uncircumcised spirit a heavenly pass.

It’s only natural for well-meaning humans to feel the need to bring something to the salvation table. The problem isn’t the desire to bring a side dish to the festivities, but rather the failure to realise that it is already fully catered. We hope that God grades on the curve but are haunted by a syllabus that requires us to be holy like he is holy. Martin Luther struggled with his inability to live a sinless life and accept God’s unmerited grace:

“For almost 20 years, and I still feel the old clinging dirt of wanting to deal with God that I may contribute something so that he will have to give me his grace in exchange for my holiness. And still, I cannot get it into my head that I should surrender myself completely to sheer grace.” (Martin Luther)

We have an impoverished view of heaven if we think we just stumble into it because we are pretty good. The Bible makes it clear that it is very difficult for man and God to be in the same room at the same time without human casualties. Even when the Jews had their annual review meeting with God in his Holy of Holies it was restricted to one person and only after careful preparation and cleansing. It’s only natural to think that when we meet God we should be on our best behaviour. Jesus, however, changes the terms of holy engagement and makes it clear that it is not our Sunday best that gets us into heaven but rather his Good Friday.

Paul warns us that coming before God with a laundry list of religious accomplishments is useless if we continue to fill our earthly hamper with soiled garments. It is only when we stop trying to do our own wash and clothe ourselves in Christ that we become spotless and can live in God’s presence.

Indeed, I count everything as loss because of the surpassing worth of knowing Christ Jesus my Lord. For his sake I have suffered the loss of all things and count them as rubbish, in order that I may gain Christ and be found in him, not having a righteousness of my own that comes from the law, but that which comes through faith in Christ, the righteousness from God that depends on faith— that I may know him and the power of his resurrection, and may share his sufferings, becoming like him in his death, that by any means possible I may attain the resurrection from the dead. (Philippians 3:8-11)

Religious and irreligious alike try to collect good works coupons but find that without the work of Jesus they cannot be redeemed.

Jesus’ last act of holiness wasn’t a pithy parable, a healing, or a word to the wise. It was a cross! God isn’t impressed by the way we replicate Jesus’ exorcisms, prophecies or mighty works, but in the way we share in his sufferings. The miracles that Jesus performed helped us understand what the coming kingdom would look like, but they weren’t citizenship papers. While the streets of heaven may be paved with gold, the pathway to heaven’s gate is a via dolorosa.

Heaven isn’t just a rung on a ladder but is a remote peak in the distance. It isn’t a simple hike with some equipment from REI but rather a journey that requires a Sherpa (or should I say Shepherd). Jesus came to lead us out of the valley of the shadow of death and not to give us a survival manual.

If outward works aren’t the will of Father, then what is?

What if the will of God wasn’t defined by a Christian job description in a church bulletin but a personal interview with the one who formed us in secret? What if we were fearfully and wonderfully made in order to reflect Jesus in a way unavailable to any other human? Maybe if we were more attentive to the intricate stitch-work of the one who wove us together in our mother’s womb we might be a more attractive tapestry to Jesus.

We can take our fruits of the spirit to the front line but until they have secretly fermented in relationship with Christ, they will end up looking like grapes of wrath.

“Beware of practising your righteousness before other people in order to be seen by them, for then you will have no reward from your Father who is in heaven. Thus, when you give to the needy, sound no trumpet before you, as the hypocrites do in the synagogues and in the streets, that they may be praised by others. Truly, I say to you, they have received their reward. But when you give to the needy, do not let your left hand know what your right hand is doing, so that your giving may be in secret. And your Father who sees in secret will reward you.” (Matthew 6:1-4)

“And when you pray, you must not be like the hypocrites. For they love to stand and pray in the synagogues and at the street corners, that they may be seen by others. Truly, I say to you, they have received their reward. But when you pray, go into your room and shut the door and pray to your Father who is in secret. And your Father who sees in secret will reward you.” (Matthew 6:5-6)

“And when you fast, do not look gloomy like the hypocrites, for they disfigure their faces that their fasting may be seen by others. Truly, I say to you, they have received their reward. But when you fast, anoint your head and wash your face, that your fasting may not be seen by others but by your Father who is in secret. And your Father who sees in secret will reward you.” (Matthew 6:16-18)

While it feels good to get a pat on the back from our fellow human, what we really need is for God to say: “Well done good and faithful servant.” While our work for the kingdom is important, it doesn’t begin in the public square but in a quiet place of secret service.