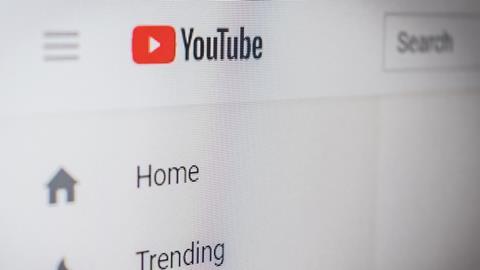 Amidst the scores of young people identifying with no religious faith, can the person of Jesus speak to a suffering world? Can miracles prove God’s existence? Bethel McGrew looks at what we can learn from a recent conversation where Mikhaila Peterson, YouTube and podcast celebrity and daughter of psychologist Jordan Peterson, discusses these issues with Jon McCray, host of the YouTube channel ‘Whaddo You Meme?’.

Rise of the nones

As of 2021, almost half of all US millennials and Gen Z-ers are “nones.” When you say this out loud among friends who aren’t evangelical stats nerds, you might get a blank look before clarifying that you’re not talking about saintly women in white habits. You’re talking about the rising percentage of young people who identify with no particular religious faith. Given a selection of boxes to check, they will check the one labeled “none.” “N/A.” “Not applicable.”

There’s certainly no shortage of analysts ready to write a book-length analysis of this trend. It’s anti-intellectualism! It’s church hypocrisy! Or homophobia! Or Christian nationalism! Or Trump! (Because naturally, everything somehow has to be about Trump.)

I won’t say nothing useful has ever been written on this question, but it seems safe to say the amount of ink spilled over it is out of proportion to the real insight yielded. Inevitably, such analysis ends up telling us a lot about the analyst, and a lot of not much about his research subjects.

But all is not lost, as a recent Big Conversation suggests. This episode brought together two young people who remember when they would have checked that box themselves. Today, Jon McCray is a YouTube apologist, and Mikhaila Peterson is pursuing a deeper understanding of a faith she used to dismiss as “bullsh*t.” She admits she still has much to learn. But meanwhile, Christians can learn from her story.

An answer to prayer

As the daughter of rockstar psychologist Jordan Peterson, Mikhaila shares candidly that her journey in the public eye has been full of dark, difficult challenges. And even before her father shot to fame, she had already fought a harrowing battle with childhood depression, chronic pain, and arthritis that led to multiple joint replacements. Yet, miraculously, her family has survived it all. Mikhaila wonders whether that might be literally true.

When her mother, Tammy, was diagnosed with a rare incurable cancer, the family was “torn apart.” A botched surgery compounded the tragedy, resulting in a grueling hospital stay from which they thought Tammy might never return. But then things got, in Mikhaila’s words, “spooky-weird.” A Catholic woman was visiting Tammy in the hospital, talking and praying together with her. Eventually, Tammy came to identify as Catholic herself. She told her family that this enabled her to “let go” and be at peace. Then, one day, she quietly made a prediction: She would be better by her wedding anniversary.

The family assumed this was the morphine talking. After another failed surgery, they braced for the worst. Yet, one month later, her anniversary came, and she was healed.

But that was only the beginning, as Jordan Peterson then began his own much-publicized descent into dangerously poor health. More pressure fell on Mikhaila, who struggled to assist him while navigating her own personal tragedies, including a divorce. When she met the young man who would become her second husband, he recommended something she hadn’t considered before: prayer. Raised in a Christian family, he had an inherited faith that seemed foreign to her. But she went home and decided to take his advice, sincerely praying, “Please, if You’re out there, please show Yourself.”

Shortly afterwards, Jordan’s health took a turn for the better. At the same time, other personal and professional pressures lifted. Since then, even as life’s roller coaster has continued to go up and down, Mikhaila has woken up in the morning with a new sense of peace and comfort in her soul. Is this coincidence? Or is it a sign of the Comforter? She chooses to believe the latter.

Responding to Mikhaila’s experience, Jon McCray is cautiously encouraging. If we are Christians, then we believe God hears every sincere prayer, including Mikhaila’s. He also heard the prayers of the woman who visited Tammy Peterson in the hospital. Who’s to say that Tammy and then Jordan’s healing was luck and not providence?

At the same time, Jon cautions against an over-reliance on subjective intuition as a guide to truth. As he recalls from his own years as a “none,” he encountered people who had come to mutually exclusive religious conclusions after experiencing “coincidences” similar to Mikhaila’s. Such things might suggest a path for further exploration, but they can’t ultimately anchor it.

For Jon, more specific justification was needed before he could be sure of his own destination. Why Christianity and not Islam, or Hinduism, or Mormonism, or a vague moralistic therapeutic Deism? Why did Jesus Christ, specifically, deserve his worship and love? This was where he began to explore what made Christianity distinctively coherent, compelling, and reasonable. In this way, he found his own anchor, something he can always point back to even when life’s coincidences are less than happy.

Indeed, as the Catholic comedian behind FreedomToons pointed out in an interview with Mikhaila and Jordan, Christians’ lives are often marked with acute suffering. (There’s a famous story of one saint who asked Christ in a vision, “Why am I suffering so much?” Whereupon Jesus supposedly answered, “I treat all my friends this way.”) Sometimes Christians wake up in the morning with a warm sense of peace, and sometimes they wake up depressed and in pain, like everyone else. In such moments, something deeper than feelings must ground the words of the hymn-writer: “Whatever my lot, thou hast taught me to say, It is well, it is well with my soul.”

Mikhaila repeats more than once that she is drawn to Christianity in significant part because she is drawn to Christian people. Her mother’s exploration of Catholicism began with the steadying kindness of the Christian woman who visited and prayed with her. And Christian families, like the family of her own future husband, felt different from other families—in a good way. They were larger, happier, calmer, more forgiving. She concluded that “there is definitely something there to make those types of people.”

We could respond to this by noting that one can find kind, generous families across more than one religious culture—a legitimate epistemological point, if we are trying to weigh whether Christianity is true. But Mikhaila’s story also reminds us that even a well-justified faith must still be embodied in order to reach people like her. The Church must at all times be Christ’s hands and feet, visiting the sick, welcoming the seeker, putting human flesh on words like “love” and “mercy.”

It’s also worth noting the frustration Mikhaila felt in some early encounters with Christians whose speech “sounded rehearsed, like something they’d heard when they were little, that they’d just been rehearsing forever. And it was like, ok you just said that sentence, but what does it mean? What on earth are you talking about?” Granted, she also felt vaguely that they shouldn’t be “looking down on people,” which could mean a variety of things. Certain hard truths might inevitably come across as “judgmental” to a Gen Z listener, which doesn’t mean we should soften them. However, we should make every effort to be clear in our speech, and to make the Christian faith our own, so that we aren’t just regurgitating it in the form of canned “Christianese.”

In response, Jon also notes that more apologetics-minded Christians can tend to overestimate the percentage of the population who will give attention to a dusty theistic argument, when their focus has already been stolen by pop culture. This doesn’t make apologetics irrelevant, but it does mean Christians should be aware one size will not fit all. Part of imitating Jesus is understanding how to meet unique individual people where they are, using whatever approach will frame the gospel most compellingly for them.

The Man who understands

Years ago, when Jordan Peterson put out a video lecture for Easter, I was reading the comments and found something left by a young singer/songwriter couple—European, but based in Britain. The comment thanked Peterson for his work, specifically for how it had helped to give the couple new perspective on life and suffering. They linked a song inspired by him, called “The Time Between.” It wasn’t really my cup of tea, but one bit of the lyric especially struck me, and has stayed with me all the years since:

I’m waiting for someone

To find me in this mess.

A God who sees beyond it,

A man who understands.

In Jesus, of course, we find both. We find a figure at once so attractive, so unsettling, and so authoritative that he leaves us with very few options for what to do with him, as C. S. Lewis’s trilemma famously reminds us. Yet we also find a Man of Sorrows, acquainted with grief, who has been touched with the feeling of all our infirmities.

Towards the end of the conversation, Jon points back to the first disciples’ tangible experience of Christ, mentioning that “even non-Christian historians” will agree they sincerely believed he had risen from the dead. Of course, Christians need to be careful and precise in how they shape the resurrection case, not leaning too much on what non-Christian historians agree about. Such scholars may grant in very broad-brush terms that the disciples had a certain “experience,” but they won’t grant the concrete specifics needed to justify Jon’s statement that “it happened in reality rather than just in their head.” The details of the disciples’ experience—talking with Jesus, eating with him, touching him—are what give the argument for the resurrection real force, a force that is lacking if we attempt to restrict ourselves to a “minimalist” structure. Fortunately, we have more than enough resources to make the case that we can in fact trust the gospels as reliable source documents.

That may sound like a somewhat dusty enterprise. But it needn’t be, if we consider what it actually means: It means we have an honest report of miraculous events, delivered in the understated style of fact-based reportage. It means we can read about ordinary men who saw extraordinary things, and walked in an extraordinary shadow. It means that on our best days, on our worst days, in our deepest, darkest trials, we can know that we are loved by the Author of love itself: the God who sees beyond it, the Man who understands.

Watch the full episode of The Big Conversation episode here

Bethel McGrew (formerly known by her pen-name Esther O’Reilly) is a widely published social critic, with bylines in outlets including The Spectator, The Critic, World Opinions, National Review, and First Things. She keeps up a Substack at Further Up and tweets @BMcGrewvy.