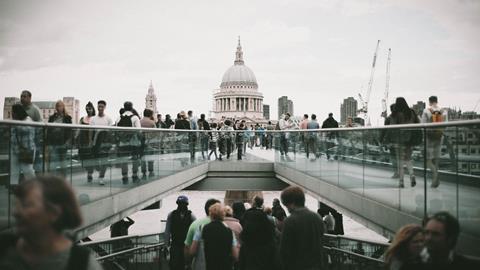 Media coverage of religion is ‘broken’. This global survey confirms it

A new global survey appears to bear out what journalists who report about religion, faith or belief have long suspected: that while 82% amongst those surveyed describe themselves as either ‘religious’, ‘spiritual’ or a ‘person of faith’, editors and journalists in mainstream media often prefer not to cover issues involving or concerning faith or belief because they’re afraid of getting it wrong, or of the controversy that might ensue.

The Global Faith and Media Study, which claims to be the world’s most comprehensive research so far on faith, religion and the media (carried out by HarrisX*), was funded, in part by a grant from the US-based Radiant Foundation as part of the recently launched global Faith and Media Initiative (FAMI).

The objective of their study was to identify how much of a global appetite there is for an enhanced discussion of faith in the media space.

I don’t think I heard how these journalists were identified or selected, or how many of them would identify as ‘a person of faith’ or ‘spiritual’.

It’s not clear why the UK, USA, Argentina, Mexico, Nigeria, South Africa, India and the UAE featured in both parts while, for instance, China (including Hong Kong), Taiwan and Singapore appeared in Part 2 only. 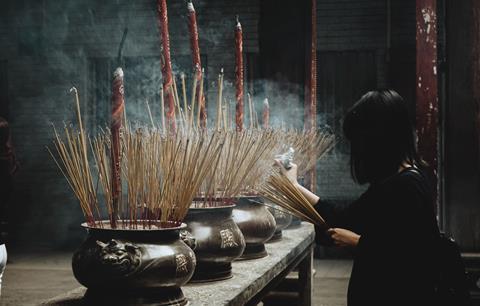 The journalists interviewed felt that coverage of faith and religion is poor, inconsistent, and becoming more marginalized. They expressed fear around getting religious coverage ‘right’, particularly in largely secular newsrooms. They said that ‘religious’ stories are not seen as a good fit for ‘hard’ news; that it’s easier to do ‘soft’ coverage of, say, festivals and that the focus of ‘hard’ news only comes at times when religious leaders are mired in controversy or scandal.

Amongst the 9000+ people who answered the online survey, there appeared to be a growing gap between the coverage of religion and the needs of the faithful – a global desire for better coverage, understanding and representation of faith issues in mainstream media: 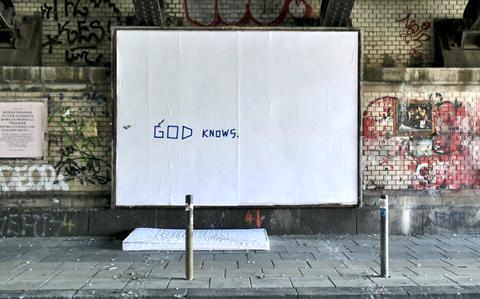 What The Reporters Say

“Religion is just peripheral to be honest. My perception is that it kind of crops up in these rather slightly kind of marginal corners of journalism” - UK

The media respondents reported on squeezed budgets leading to a lack of specialist journalists in newsrooms. They also described a general “fear” in the newsroom around covering religion.

In an era defined by some as a time when religion has become increasingly politicized, news coverage - often at speed - brings with it the tacit acceptance that it’s impossible to cover religion or faith topics with a level of nuance and sensitivity, given the time and resources available.

“I don’t cover such stories, because you never know when you are offending someone” - Kenya

Respondents in all regions of the globe noted that newsroom teams rarely represent the plurality of religious views in society.

At the same time, amongst journalists who do have a strong faith background, there’s a feeling they might be negatively judged if they cover stories relating to their beliefs, out of concern it would raise questions about their impartiality and risk damaging their reputations.

”I am religious, but I would never let that intrude on my story because it’s so important to be seen as impartial” - India

Contrary to the 63% finding above - that high quality content is needed - the journalists’ consensus was that faith and religion are not seen as a driver for reader/viewer engagement. They agreed editors almost never encourage stories covering these areas of human experience unless they correspond to a narrative of controversy, dissent or scandal.

“The majority of religious stories we cover are negative. That is where the real news around religion is seen to be” - UK

Stereotyping was also identified as an issue, with a lack of diverse sources (especially spokespeople) amongst the

faith communities also perpetuating the problem. Religion is frequently positioned as a conservative or extreme force in coverage and this framing drives the tendency to seek out ‘firebrand’, dogmatic and un-representative spokespeople rather than more people who hold much more representative views.

Where religion or faith is reported, it’s often in the context of festivals or one-off spectacle (a Papal visit, say) rather than discussion of the lived daily reality of the faithful, showing how much religion or belief shapes attitudes, behaviour and values.

Statistics that tell a story

An average of around 1 in 3 of the global respondents follow media sources which do focus on faith-based news, such as Premier; that number increases to an average of 47% in ‘highly faithful/religious’ countries. It was highest (72%) in Nigeria, then 56% in India. In the UK, it was 16% of respondents who said they follow faith-related media.

The most interesting part for me, which I would love to unpack more, was that a slightly higher percentage (global average 58%) of those in ‘secular’ countries said there should be more coverage of complex religious issues than those in ‘highly faithful’ countries (56%).

42% of those in secular countries said there should be less coverage, compared to 44% in ‘highly faithful’ countries. And while ‘secular’ countries such as France, New Zealand and Australia hovered around the 40% mark, the desire for more coverage of complex religious issues rose to 81% in Egypt. It was 48% in the UK.

Another interesting finding was that, when asked ‘Do you think that the media coverage of religion generates mostly ease and comfort in discussing religion, or unease and anxiety?’, 64% from the ‘highly religious’ countries said ‘ease and comfort’, more than respondents from the ‘secular’ countries (51% ‘ease and comfort’). That seems to somehow run against the grain of the findings.

There was strong agreement (84%) that faith and religious groups need to provide the media with more and varied spokespeople, particularly people with lived experience. 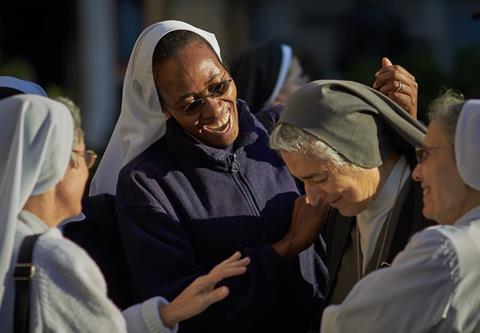 There are some real anomalies in this research, however. For instance, I would not put Egypt and the UAE in the ‘secular’ country category, nor would I describe China as ‘highly faithful/religious’. The just-published ‘Global Christianity’ (Gina Zurlo, Zondervan Academic) reports that, in 2020, China was 39% non-religious, with 31% Chinese folk religionist, 17% Buddhist and 7% Christian. This, Zurlo says, is still the 5th largest Christian population in the world  at an estimated 106 million. There are also about 12 million Uyghurs, mostly Muslim. However, given the current digital surveillance and restrictions upon those who profess any religion at all in China, I struggle to understand how respondents there could have answered an online survey about religion openly and honestly. (Observers say this surveillance and legal restrictions make persecution by the Chinese Communist Party as bad as during the Cultural Revolution under Chairman Mao).

HarrisX says “The study included minimum benchmarks for religious and non-religious individuals to reflect the general population of each country”. It also says “the results were weighted for age, gender, race, language, and religion where necessary to align them with their actual proportions in the population of each country”. I would love to know more about how those surveyed were contacted and selected and whether the general population was completely randomly sampled.

I also think that if you ask highly directive questions with a “Yes/No” answer, you will inevitably get the answer that people think sounds the ‘right’ one, even if they wouldn’t follow through in actual practice i.e. subscribe to high quality reporting of religious news, for instance.

But overall, as the co-founder in 2012 of a niche news agency focussed on the global Church under pressure for its faith, WorldWatchMonitor.org, which has since struggled due to big funding cuts, this survey seems to confirm that there are indeed audiences who would value news about faith and belief. However, this nuanced reporting (especially if it’s about foreign affairs) takes time and resources that mainstream newsrooms either do not have or are not willing to invest.

Indeed, I concur with many fellow journalists/editors who agree that the current global digital news ecosystem, dependent on clickbait and controversy, is broken and needs a radical overhaul.

An ex-colleague at the BBC is helping to spearhead the campaign for global Public Interest news and there are some tiny glimmers of hope, given the way that disinformation has now been seen to spread faster than the truth, especially during the global COVID pandemic.

Given the Pew Research figure, in 2017, that 84% of people in the world say they are either ‘religious’ or ‘very religious’, more funding for better coverage of the complex nuances of global religions, faiths and beliefs might seem a good place for Public Interest news funds to start.

Julia Bicknell was a BBC journalist for over 30 years and is the co-founder of www.worldwatchmonitor.org. She now works freelance and as a consultant and tweets @juliabicknell.