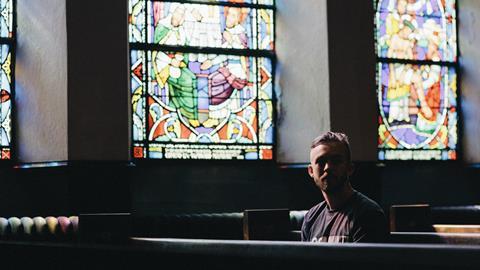 Less than half of UK people now identify as Christian. But the Christian story is far from over

The long-awaited statistics on religious affiliation were released by the UK Census 2021 this week. It was widely expected to show that, for the first time, less than half of people in England and Wales identify as ‘Christian’.

Of course, this is hardly a surprise. The decline of Christianity in the West since the 1950s onwards has been well chronicled. Each new survey reminds us of the downward trend across the board.

According to Pew Research, 63% of the US population identified as Christians in 2021, down from 75% a decade earlier. Meanwhile, three in ten US adults identified as ‘nones’—people who describe themselves as having no religious affiliation. That figure leaps up to almost half among millennials (born 1980–1996) and Gen Z (born 1997–2012).

Not so irreligious after all

However, It’s worth noting that these Western statistics do not represent the whole picture.

In other, less secular parts of the world such as the Global South, belief in God remains part and parcel of everyday life. In fact, according to Pew Research, because religious people tend to have more children than their secular counterparts, the number of people who identify as nonreligious is actually shrinking as a proportion of the global population.

And even in the West, there are notable exceptions to the overall picture of decline. The growth of the African Caribbean community has swelled churchgoing in many UK cities, while the church-planting activity of Holy Trinity Brompton, home of the Alpha Course, has revitalised hundreds of churches that were on the brink of closure.

Nevertheless, the overall picture in the West is one of steady decline in churchgoing and religious affiliation.

Yet the same statistics don’t necessarily show that atheism is on the rise. As Linda Woodhead told the BBC, those who tick ‘no religion’ in the census aren’t necessarily non-spiritual: “Some will be atheist, a lot will be agnostic - they just say, ‘I don’t really know’ - and some will be spiritual and be doing spiritual things.”

Meanwhile, those who self-identify as atheists in the United States rose by just one point—from 2% to 3%—between 1991 and 2014, suggesting that New Atheism’s prominent evangelistic efforts in the early 2000s were not matched by an embrace of anti-supernaturalism among the public.

Spiritual but not religious

The ‘nones’ may have rejected organised religion but are more likely to describe themselves as agnostic or “spiritual but not religious” than atheist. Indeed, a mishmash of quasi-religious practices, supernatural beliefs and mystical New Age ideas often typify the nonreligious. For instance, a quarter of the UK’s nonreligious population say they pray at least occasionally, while one in five ‘nones’ in the United States say they pray every day.

In the secular West our religious instincts continue to run deep, even if we can’t name who or what we are praying to.

We are innately meaning-seeking creatures. Indeed, I would argue that we are innately religious. And if one set of religious beliefs is taken away, it will only be replaced by another set of quasi-religious beliefs. Indeed, while churchgoing has been in steady decline in the West, the consequent rise of the ‘nones’ does not necessarily mean people are becoming more atheistic.

In the UK, this was brought home by the death of Queen Elizabeth II. The loss of such an institutional icon (and a woman of deep Christian faith herself) seemed to cause a latent spirituality to surface in the general public. People paid their respects at cathedrals and parish churches in great numbers. Hundreds of thousands queued for long hours to see her lying in state. As they faced the coffin, many searched for an appropriate sign of reverence—a solemn bow, hands held in the position of prayer, or a whispered “thank you”. In an age when most people have forgotten the ceremonies of religious tradition, many still grasped for ways to mark the meaningfulness and mystery of this moment.

Even if more of us are choosing to stay in bed on a Sunday morning rather than go to church, and even if belief in God is less widespread than it used to be, I’m convinced that none of us are actually any less religious than we used to be—we’re just religious about different things.

The Christian story hasn’t gone away

It’s manifested in the quasi-religious devotion by many people to various ideological causes, whether it be issues of sexuality, race and gender on the left or political nationalism on the right, with its belief in sacrosanct liberties such as, in the United States, the constitutional right to bear arms.

Even the most nonreligious people can still demonstrate a single-minded devotion to a holy cause: Think of the righteous anger of Extinction Rebellion activists willing to blockade traffic and sabotage public transport for their convictions or the devotion to absurd QAnon-style conspiracy theories that have typified parts of conservative culture.

There are often ritual ceremonies: Think of those who take the knee at public events to protest racism or swear allegiance to a flag to demonstrate their patriotism. There are sacred symbols too: Think of the ubiquitous rainbow motif that decorates so many public spaces and corporate logos during Pride month. And there are even heretics: Think of JK Rowling.

It turns out we’re all believers deep down. We all believe that good must conquer evil and that justice really matters. We may have inherited those beliefs from our Christian past, but as that story has faded from view, we’re left with a set of quasi-religious beliefs that have become detached from their original moorings. As Glen Scrivener puts it: “We’re all standing on the Bible, hurling verses at each other. We’ve just forgotten the references.”

The question is, can people be permanently sustained by the quasi-religious stories and ideologies they identify with today? I think not. As secular materialism has failed to answer any of the biggest questions of purpose and meaning, or produce any kind of social cohesion, I believe people will eventually turn back to the Christian story that is bubbling away under the surface.

I see signs that it is happening among many secular intellectuals such as Tom Holland and Jordan Peterson, who are re-evaluating Christian faith in the public square, as well as in the unlikely conversion stories of people like Paul Kingsnorth and Mikahaila Peterson.

I am currently writing a book (due to be published by Tyndale in 2023) called ‘The Surprising Rebirth of Belief in God’ about why these public figures (and many others) give us reason to believe that we may be due for a religious revival of sorts in our lifetime. And why the Christian story ultimately undergirds all the other stories that people are trying to make sense of life with.

Yes, organised religion (and nonreligion) is out of favour in the West. But religious affiliation often has a habit of waxing and waning. The dry beaches of secular culture may yet be ready for the incoming tide of a new set of people still seeking meaning and spirituality where they can find it. And Christianity has a longstanding habit of coming back from the dead.

Justin Brierley is Theology and Apologetics Editor at Premier and presents the Saturday radio show and podcast ‘Unbelievable?’ and the Ask NT Wright Anything podcast