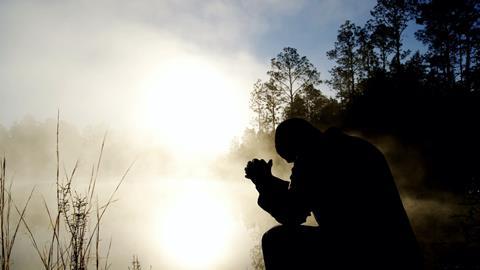 How does God answer prayer?

There is no question that prayer is one of the most important—and mysterious—aspects of the Christian experience. For the average churchgoer, prayer is understood to be something that draws a person closer to God. It is recommended and practised by Jesus himself, and therefore not something to be questioned. Moreover, millions of Christians around the world report of specific prayers that have been answered by God.

Those a bit more theologically minded, however, often wonder how the mechanism of prayer actually works. If God knows everything before it will happen, for example, why pray? While the answers to such questions will depend heavily on one’s theological commitments, the Bible does give us a bit of insight into how God actually answers prayer.

Perhaps one of the defining factors concerning a theology of prayer actually begins with a theology of how God operates in the world. It is not this author’s intent to wade into the theological debate over God’s sovereignty; nevertheless, there are Christians on the edges of what could be called the ‘normative Christian view’ who will not be satisfied with the path taken in this article.

First, if one believes in Exhaustive Divine Determinism (EDD), it is difficult to imagine how the prayer of an individual has any real effect in the world. An EDD proponent will still accept the reality of prayer because the practice seems to be taught in the Bible, but it will manifest as nothing more than a formality or a relationship-forming exercise. While there’s little doubt prayer is those things, this article will argue prayer is also much more.

On the other hand, if one believes in Openness Theology (ONT)—the view that God does not actually know the future and cannot exhaustively determine its outcome—that may seem at first to give prayer a more noble purpose. However, it raises the all-important question of whether God is merely reacting to our whims and wishes, or whether he is working our prayers into his sovereign plan to achieve his intended purposes.

This article will, therefore, make the assumption that neither EDD nor ONT are accurate in terms of God’s working in the world, and will instead work to form an understanding of God using the prayers of his people in such a way that integrates with his sovereignly foreknown plan.

What the Bible says about prayer

It goes without saying that the Bible instructs us to pray (1 Thes 5:17) and God hears the prayers of his people (Ps 5:1-3). In fact, in times when we don’t even know how or what to pray, the Holy Spirit prays on our behalf (Rom 8:26). Given that’s true, a central question is whether this prayer is merely for our own emotional benefit or if it has real agency in the world.

Since the Holy Spirit is God and is also the mechanism through which we are united to Christ (Rom 8:9), it seems as though those prayers he utters on our behalf do not contribute in some meaningful way to our psychological state. In other words, if the Holy Spirit is appealing through Christ to God the Father on our behalf, it seems as though that appeal is supposed to mean something to God’s governance of reality. Something real should change (or not, per God’s authority) as a result of the prayer.

On the other hand, the appeal is being made by one person of the trinity to another, each one taking part in God’s omniscience. In this scenario, we have the omniscient God praying to the omniscient God on behalf of a finite individual. How do we explain this?

CS Lewis once described becoming a Christian as entering the eternal ‘dance’ of the trinity—recognising the importance of three distinct persons, while underscoring their connectedness as a single divine being.

Failure to understand this leads to difficulty understanding how the trinity interacts. For example, we have examples in Scriptures of members of the trinity communicating (2 Pet 1:17), and it is clear that each member of the trinity has a role to play (the father saves, the son sacrifices, the spirit comforts etc). And yet, each member shares the attributes of God, such as omniscience.

But if these persons share God’s foreknowledge and omniscience, why is there an intercessory dynamic to their relationship at all?

The reality of prayer

All of these questions and lines of evidence lead to an important conclusion: Whatever prayer is, it is something real and not merely a formative exercise for human beings.

To clearly examine the tension, then:

1.  Humans are instructed to pray to God when they have needs or wants.

2.      Sometimes, humans are incapable of praying or do not know what to pray for.

3.      The Holy Spirit will help a believer pray in those circumstances.

4.      Prayer is directed toward God the father, with appeal made through the son as intercessor, from the believer (and/or the Holy Spirit).

5.      The Holy Spirit and the son are just as much God as the father, and therefore have all knowledge, seemingly invalidating the need for prayer.

6.    There must be a reality associated with prayer that goes beyond merely forming the Christian psychologically, since the Christian is sometimes unaware of the prayer being offered.

Molinism seeks to honour both the sovereignty and the free will of man, by suggesting that God can use the free decisions of man to accomplish his sovereign purposes without predestinating man’s decisions. Note that this view, while not biblically provable, is quite possible and explains the biblical data we have well.

It is able to make sense of passages that seem to support either EDD or ONT and passages suggesting God has foreknowledge of events that do not take place (called middle knowledge). If one makes the reasonable assumption that God had this knowledge logically prior to the creation of the universe, it explains how God can sovereignly predestine the events of history without interference in human will.

It is theoretically possible that you were the prefect of Rome tasked with sentencing Jesus based on the Jews accusations, instead of Pontius Pilate. What decision would you have made? Would you have sentenced Jesus as Pilate did, or would you have recognised his innocence, stood up to the crowd, and let him go?

There’s no way for you to answer this question—but God knows. He knows precisely the decision you would have made, and he knew it logically prior to creating anything.

For the sake of the illustration, imagine God perfectly foreknew that you would freely let Jesus go, and therefore ruin God’s entire plan of salvation. God took that decision you would have made into account when he created, and placed Pilate into that position instead of you (or a host of others) because it would accomplish God’s purposes.

But God did not force Pilate into that decision! God foreknew that Pilate would freely sentence Jesus to death, and thus arranged the world in order to bring about that result.

Molinism and the reality of prayer

Returning to the matter of prayer, it becomes more obvious how God could work according to his sovereign purposes while taking into account the prayers of his people.

On a Molinistic view of prayer, God is neither leaving it up to chance and reacting to prayers in the moment, nor has he decided the future ahead of time and ‘forced’ people into the reality he has chosen regardless of how they prayed. Rather, God foreknew logically prior to creation that you would pray for a result, and God took those prayers into account when bringing about the world.

We are instructed to pray without ceasing for those things we desire. If you are a Christian, you can almost certainly attest to times when a prayer was positively answered almost immediately, other times when the answer was a clear ‘no’ almost immediately, and times when you simply had to wait. Maybe you are currently in a season of prayer, for which you have received no answers.

If this model of prayer is correct, every single one of those prayers absolutely matters not only to God, but also to the reality of what takes place. God wants a relationship with his people, and he clearly told us that we have not because we ask not (James 4:2). This verse puzzles some people, but in this view, isn’t it obvious? If we don’t ask, God is under no obligation to entertain bringing about a result. A personal desire is quite different from a personal request.

But what about when you ask and don’t receive? In that case, given God’s plan for redemptive history, factoring in the prayers of his people, perhaps it is a morally superior alternative to answer your prayer with a ‘no’ or to make you wait.

Consider a scenario where a person becomes ill and passes away before their time, despite the family praying “without ceasing” for the Lord to deliver them from sickness and restore them to full bodily health here on Earth. God says no, allows them to pass away, and as a result, one person — or more! — gets saved at their funeral. This happens quite frequently. It does not make the reality any easier for those affected. But it does show how God’s negative answer or delayed answers to prayer factor into his sovereign will and brings about a morally superior end.

While this is just one writer’s educated opinion on the matter of how God answers prayer, the reality is we can never know the mechanism for sure. However, if the reader is persuaded that prayer must be something real and is also persuaded that God sovereignly foreknew and predestined all of redemptive history, this is an attractive option that honours both perspectives.