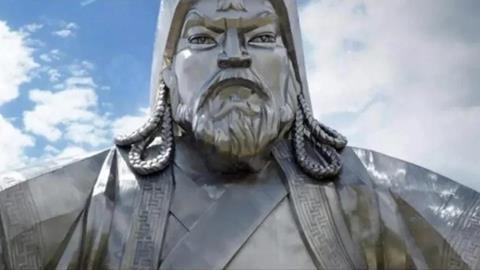 In the past many believed in the Bible and God’s Word. A few still do. Then secularism destroyed this faith in Jesus Christ as Lord. Some replaced God with the Nation. Nietzsche proclaimed that God was dead and the elite Supermen (Übermenschen) would take his place. Communists preferred the ‘Working Class’ as the new deity. Nazis declared that: “You are nothing, the People is everything.”

Today the solitary, naked individual has become the supreme authority in the western world and this pervasive faith has unleashed the mindset we call ‘expressive individualism’. This is the ‘follow your heart, believe in yourself, trust in your instincts’ gospel. It is the unnoticed faith of many today. You create your identity. No one has the right to tell you what to do. You are free to be whoever or whatever pleases you. All other gods (Jesus, Nation, Elites, Working Class etc) must yield to the cravings of the ‘Sovereign Individual’. Here are some stories to show the power of this radical, secular individualism.

American conceptual artist Tom Friedman, once hired a witch in 1992 to curse a portion of space above a white pedestal. Friedman explained his art piece in the following way: “If you believed it, it exists. If you didn’t, it didn’t exist.” Friedman is following an expressive individualist faith. The naked individual creates ‘reality’.

An American student was once asked a question about the Christian faith. He confessed his expressive individualist faith by saying: “It doesn’t bother me what people say about religion. Last year I made up my own religion.”

I was leading an RE lesson on the biblical theme of a new heaven and a new earth as the final destination of the Christian believer. A 12 year old girl was furious. She informed me that “Heaven will be whatever you want it to be”. Or ponder the remarks of a 7-year-old girl who said to my daughter: “I think I believe in reincarnation…a bit.” Both girls have metabolised the individual-as god faith.

An English teacher I knew once delivered a passionate expressive individualist sermon to the entire school I was working in. She implored everybody to “follow their hearts”. The staff and pupils were intoxicated by her message. They lapped it up. I couldn’t resist asking the teacher a subversive question. How would you feel if the young Adolf Hitler had been listening to your assembly? Her face went white.

Perhaps the most powerful illustration of the impact of this rampant individualism is Dave, a sixth form boy from Essex who argued passionately in an RE lesson that Ghengis Khan was being ‘true to himself’. He thought mass murder was fine. He strongly disapproved of the Tahitian Christian king (Pomare the 2nd) who stopped his massacres after his conversion to the Christian faith. According to Dave, Pomare was living an inauthentic life and he wasn’t being ‘true to himself’.

How should Christians respond to this aggressive secular, narcissistic faith?

Do come to our November 5 conference – CS Lewis: a visionary for our time? Dr Trevin Wax will be speaking about expressive individualism and other cultural concerns.

This article was originally published on the Thinking Faith Network website.

Mark Roques taught Philosophy and Religious Education at Prior Park College, Bath, for many years. As Director of RealityBites he has developed a rich range of resources for youth workers and teachers. He has spoken at conferences in the UK, Holland, South Korea, Spain, Australia and New Zealand. Mark is a lively storyteller and the author of four books, including The Spy, the Rat and the Bed of Nails: Creative Ways of Talking about Christian Faith. His work is focused on storytelling and how this can help us to communicate the Christian faith. He has written many articles for the Baptist Times, RE Today, Youthscape, Direction magazine and the Christian Teachers Journal.