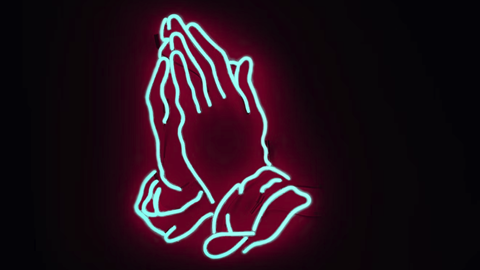 Does God answer prayer in a miraculous way?

Christmas celebrates one of the greatest miracles of all time – God becoming man – but should we reliably believe in miracles and can they be the result of our prayers? Retired priest, John Clarke, investigates

Do you believe God answers prayer in a miraculous way? Most Christians would say that God answers their prayers, even if they go through dry patches. Prayer, of course, is more than presenting God with our ‘wish list’. It involves trying to listen to what God is saying and building our relationship with him. But a God who never answered our prayers would not be the God of the Bible. “Ask, and you will receive.”

But what about the miraculous bit?

A useful definition of ‘miracle’ is given by the Scottish Enlightenment philosopher David Hume: “A violation of natural laws.” Some writers distinguish between answers to prayer which appear to involve a temporary change in the laws of nature, such as a miraculous healing, and those for which it is the timing which is remarkable. But is the distinction between miracles and divine coincidences valid?

I believe he does, both through divine coincidences and through events which we might see as more obviously miraculous.

George Muller lived in Bristol in the 19th Century and is known for founding five orphanages without ever appealing for funds. This was a foundational principle for him, for he believed he should rely on God alone.

A famous incident took place at breakfast time at of the homes. George Muller knew they had no bread or milk for the children, but in faith he said grace for the meal. There was then a knock on the door from the baker, who said that he couldn’t sleep that night and believed God wanted him to bake bread for the orphanage, which he did. Then there was a knock from the milkman, whose milk cart had broken down right in front of the orphanage. He wondered if the children would like the milk, as he needed to move it from the cart so he could repair it.

Can we say that either of these incidents was miraculous? I believe they both were. In the case of the baker, God somehow communicated with him and planted the idea of getting up at 2am and baking bread for the orphanage. That involved ‘interfering’ with his brain cells! In the case of the milkman you could say it was ‘just a coincidence’, but surely the timing was remarkable. We don’t know how God did it, but somehow he ‘meddled with’ his creation so that the breakdown of the milk cart occurred in just the right place!

In what ways have people found God answers prayer in a miraculous way? Perhaps the first way that comes to mind is miraculous healings. I believe in these, but the human body is exceedingly complex and it can be hard to prove that the healing was due to prayer. Cancerous growths sometimes remit naturally, for example, and only a small proportion of ‘divine healings’ are evidenced by a doctor.

A simpler, and therefore easier to verify, form of miraculous intervention by God is sometimes called the ‘word of knowledge’. Charismatic Christians believe this is what St Paul is referring to in 1 Corinthians 12:8 as one of the gifts of the Holy Spirit. The conviction by the baker in the George Muller story that he should bake bread for the orphanage comes into this category. I know a number of people who have sensed that God wanted them to contact a friend, only to find that the friend was in need at that very time and particularly valued the contact.

But this is presuming to answer our question too quickly. Does God answer prayer in a miraculous way?’ I believe the answer is ‘yes’. I have been greatly encouraged by biographies of great Christians like George Muller, but there is a part of me which says: “It may work for them, but would it work for me?” So I believe there would be great value in a book or collection of stories of miraculously answered prayer from ‘ordinary Christians’.

I would like to produce such a book – with help! If you have experienced healing, a word of knowledge or any kind of clearly answered prayer which can only be explained as being by the hand of God please get in touch. I would love to hear from you.

John Clarke is a retired priest in the Churn benefice near Didcot.