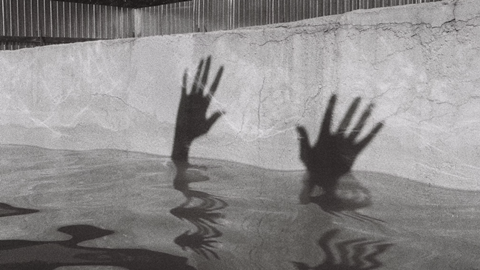 I want to thank you for all the good times and the technological marvels you created to make our lives easier, but I’m concerned that you have lost your vision. You used to provide practical solutions to life’s problems, but now seem obsessed with denying those problems even exist. You have lost your protestant problem-solving work ethic and now spend all your energy applying a shiny entertainment veneer to a rotting cultural infrastructure. You have been so busy making adult toys at your workbench that you failed to see your children slip out the back door and perilously play on the treacherous internet highway. You have been so obsessed trying to fix our spiritual recession with shovel ready material infrastructure that you neglected to place Innocent Children at Play signs along your fast paced, sex, drugs and Rock n Roll interstate.

Sadness, despair and meaninglessness have become the air our young people breathe. Teen suicides are up dramatically. Your children are dying! Students with their whole lives ahead of them have come to the conclusion that it is time to end their lives. Are you OK with that?

Teen suicide was a rare occurrence before you started parading around in your sophisticated technological dream coat. Why is it now an epidemic? You cannot just dismiss this as an isolated outbreak of sadness because it has gone viral, and instead of immunizing our youth, you have helped it go airborne. You cannot dismiss them as kids that were prone to suicide in the first place. The despair you ignored took them to the edge, but you pushed them off. It appears that it takes a village not to raise a child, but to bury one.

If it is the vulnerable that are the barometers of a cultures health, then we have entered into a low-pressure front that shows no signs of abating. You cannot write them off as statistical anomalies. They have taken society’s pulse and found it thready, indicating an imminent cultural collapse.

These poor young children are but the tip of a cold dark iceberg of discontent floating just below the surface waiting to hit our clueless cultural cruise ship. Your lifeboats are in disrepair and yet you party on the Lido deck. Teenage suicides are the first holes in your hull, but instead of heeding their cries for help you tell DJ Pied Piper to pump up the jams to muffle their screams. Failure to heed these vulnerable voices will result in a mistake of Titanic proportions.

What are you going to do about it? Your children are spiritually broken and yet you send them to science class and tell them there is no Spirit. Their souls are bleeding and yet you offer them Band-Aids with smiley faces on them. You teach them to exhibit the white washed tomb character-trait-of-the-month at your schools and yet allow their souls to rot on the inside. You offer instant fame as a solution to unhappiness but then make it inaccessible to all but a select few. You offer the next American Idol as a symbol of success instead of the next Mother Theresa. You teach them sex education younger and younger and instruct them in morality later and later.

Government, all you offer is the nanny state, which we quickly discover isn’t Mary Poppins but a wicked step mother. Our children needed a good dose of moral medicine but instead of helping it down with a little sugar, you took the medicine out completely and left them with ethical cavities. You throw money at the schools so they can employ more school counsellors yet school violence continues to increase. Don’t you think school prayer might be a cheaper option?

Your children are desperately looking for purpose in their lives and you give them a bumper sticker that tells them the one with most toys wins. You are appropriately appalled by the physical abuse of children and yet you stand by as the entertainment industry abuses their innocent souls with images that force them to dance with the devil before they can even crawl. You seem to think that video surveillance of a babysitter is a smart idea and then proceed to let your children be babysat by a flat-screen that spews forth sex and violence. Where do you think they learned that anger management is best conducted with a loaded weapon?

The tolerance you promoted to make everybody feel good about themselves has caused your children to feel nothing at all. Numb, they decide to take leave of this world. Are you OK with that?

How dare you fiddle while Rome burns, playing a funeral dirge when your children need a lullaby. Stop blaming priests, pop stars and politicians. You made it possible, now man up and take responsibility!