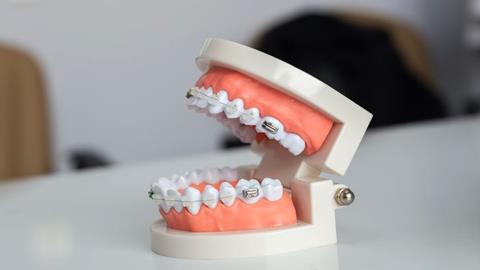 Cannibalism really works for us

I remember going to the doctor 20 years ago. I was suffering from panic attacks. I told the doctor that my breathing was a bit of a nightmare. I was very distressed. I couldn’t sleep. I was even watching obscure Argentinian football games on the TV at 3am. I told the medic I was a Christian and found prayer helpful. He replied rather superciliously: “Whatever works for you.”

His answer betrays a mindset that we need to probe. John Dewey (1859-1952) was a famous American pragmatist philosopher. His educational theories had a global reach. My account of Dewey is indebted to Roy Clouser’s excellent book The Myth of Religious Neutrality: An Essay on the Hidden Role of Religious Beliefs in Theories. Dewey had a very distinctive view of truth. For Dewey 1 + 1 = 2 is neither true nor false. A contrast will help us to understand this strange view.

For Plato, the Greek philosopher, there are numbers that live in an eternal realm which he called the world of forms. Numbers are invisible and eternal beings. They are more real than diamonds, tulips, cobras and humans. In this view, mathematical statements can be either true or false. 1 + 1 = 3 is false because it does not correspond to the magnificent numbers which exist so serenely in the world of forms. Plato contended that humans have the divine spark of reason and so they can apprehend eternal truths about the world of forms.

Dewey completely rejected this. He proclaimed that humans are just animals struggling to survive in all kinds of challenging circumstances. We do not have minds that can find the truth; rather our minds, our brains are constantly adapting, evolving and innovating. This means that if you don’t cope with your environment, you will die. A hungry, fit tiger will spot you, attack you and feast on your lifeless corpse.

So how can humans boost their survival hopes? This is where Dewey proposed his ‘instrumentalist’ philosophy. Humans make tools and instruments in order to cope with ‘nasty nature’. Dewey insisted that all our cultural creations are coping mechanisms. This includes such things as institutions, ideas, languages and theories. In this view the symbols of arithmetic do not stand for anything. They merely do certain jobs.

Enjoy this vignette. You are in the garden and horrible weeds are everywhere. You pick up the blunt end of your favourite spade and you get to work. Several hours later you are enjoying a glass of Dandelion and Burdock and you are admiring the work of your hands. Ponder this.

You don’t ask spades to tell the truth. They just do the job at hand. The pragmatist insists that something is true if it works. And Dewey meant this quite literally. Notice he does not say that whether something works is a test of whether it is true, but rather that is what it means to be true.

It is worth reminding ourselves that many today take a pragmatist approach to the Christian faith. Just recall the condescending doc. When he made his comment about prayer he had no interest in whether my faith was true or false. “Does it work for you?” That’s pragmatism in a nutshell. John Dewey had a global reach. Many follow him today. How can we respond as Christians to this dangerous, pragmatic mindset?

Consider life in Fiji in the 19th Century. Life was cheap. Tribes ate their enemies. It was a solemn duty to kill and eat members of an enemy tribe. Indeed failure to fulfil the responsibilities of the cannibal lifestyle was viewed as the highest treason to one’s tribe. Suppose we were to ask a tribal chief: “How are things going for your tribe?” We can easily imagine this reply: “Thanks for asking. We are coping very well with our environment. Our lifestyle works very well for us. We survive by eating our neighbours.”

Pragmatism ignores the dark side of human activity. Somehow evil is forgotten.

Select your favourite tyrant (Stalin, Hitler, Mao, Pol Pot, Idi Amin etc) and ask them the same question. “How are things going in your neck of the woods?”

“Thanks for asking” they might opine: “We are coping with our challenging environment by killing that group over there.”  It could be Jews, Gypsies, Class enemies, priests etc.

As Christians we know that we can never answer this question like this. We must always remember that our Lord and Saviour has told us how to live. We do not cope pragmatically with our challenging circumstances. We declare that anyone who listens to Jesus is on the side of truth (John 18:37). We walk in God’s ways of love, justice and forgiveness.

We refuse to gobble up our neighbours in the spirit of this “works for us”. We love God, neighbour, our groaning world and even our enemies. We hold on to the testimony of Jesus as Lord (Rev 12:17). This is the good news of God’s kingdom.

This article was originally published on the Thinking Faith Network website.

Mark Roques taught Philosophy and Religious Education at Prior Park College, Bath, for many years. As Director of RealityBites he has developed a rich range of resources for youth workers and teachers. He has spoken at conferences in the UK, Holland, South Korea, Spain, Australia and New Zealand. Mark is a lively storyteller and the author of four books, including The Spy, the Rat and the Bed of Nails: Creative Ways of Talking about Christian Faith. His work is focused on storytelling and how this can help us to communicate the Christian faith. He has written many articles for the Baptist Times, RE Today, Youthscape, Direction magazine and the Christian Teachers Journal.