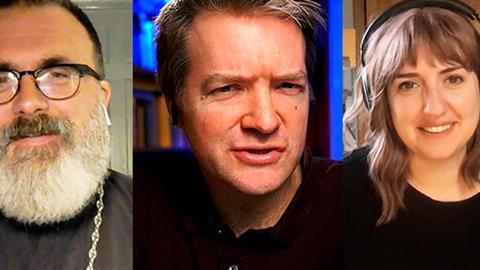 There have been many stories of Christian musicians deconstructing or deconverting in recent years. Justin is joined by Catholic singer/songwriter Audrey Assad who revealed earlier this year she is no longer a practising Christian. Fr. Chris Foley of the band Luxury explains his own journey and why he has remained in the faith, becoming a priest in the Orthodox Church, along with two other band members.

Later in the show Justin speaks with Tim Hull about his new YouTube channel ‘Dealing with Deconstruction’.

For the Luxury video doc: http://www.parallel-love.com