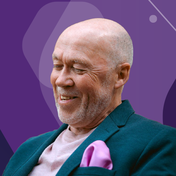 Justin is joined by Ibrahim Mogra of the Muslim Council of Britain and Christian evangelist Jay Smith as they discuss what drives young muslim radicals to become terrorists. Jay says that the Koran needs to be re-interpreted to prevent these acts; Ibrahim argues that the Muslim community is already doing a great deal to stop the terrorism in its tracks.