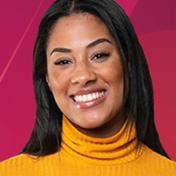 Alister McGrath’s new book “Why God won’t go away” is a critique of the New Atheist Movement spearheaded by Dawkins, Hitchens, Harris & Dennett.

He chats with atheist philosopher Stephen Law about aggressive atheism and its online form. They debate whether religion leads to violence and whether Stephen’s “Evil God challenge” is a defeater for belief in a good God.

A guaranteed place there and a signed copy of the book for 5 listeners who can answer “What was the name of Alister’s 2007 book in response to The God Delusion?” email unbelievable@premier.org.uk

For Info on Alister McGrath http://users.ox.ac.uk/~mcgrath/