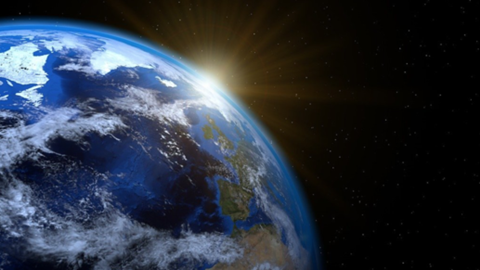 Why doesn’t God stop Coronavirus and mend the world?

Now that the Coronavirus pandemic is hitting the West with full force, my social media timeline has been filled with responses to it. Many are practical - how can we be good citizens and support the most vulnerable? Many are pastoral - how do we maintain community and relationships in a world of ‘social distancing’? But many of the questions are theological too. Both the Christians and skeptics who listen to my faith debate show Unbelievable? are asking variations on the same question: Why is God allowing this?

The question of God and suffering is one of the oldest questions ever asked and there are no easy answers. Most often the response needed for those who are walking through suffering is our love and care, not our clever theology and philosophy. However, when the time comes for intellectual answers, I believe there are some helpful way to make sense of suffering.

There are many reasons why I believe it may make sense for God to allow us to go through a certain amount of suffering. After all, it’s not God’s job to keep us safe, secure and pain-free. God is concerned with bringing us into a relationship with him as fully human people, often shaped by both the joys and challenges of life. Likewise, I don’t believe God causes suffering (on the contrary it’s our own free will that brings about much of the evil in the world) but I do believe that God is wise, powerful and loving enough to use the pain of our circumstances for his greater purposes.

The Groaning of Creation

But when it comes to Coronavirus we may be tempted to ask: Why has God allowed death, disease and natural disaster to exist at all? We may be able to understand the existence of evil caused by our own free will, but what about the ‘natural evil’ that exists in the world? This question can only be answered by a Christian from within his or her own worldview, and means we must expand our perspective to a cosmic scale.

The apostle Paul states that “We know that the whole creation has been groaning as in the pains of childbirth right up to the present time” (Romans 8:22). The Christian story is that the whole created order is in some sense ‘out of kilter’ at a cosmic level. Some theologians trace this to human rebellion – an outworking of ‘the fall’ which acts both forwards and backwards in time. Others point to the existence of an earlier rebellion in the angelic realm that sparked a ‘cosmic fall’ (hinted at in Revelation 12:9).

Whatever the origin, the result is a world that is not as it should be. Yet Paul includes the promise that one day “the creation itself will be liberated from its bondage to decay and brought into the freedom and glory of the children of God” (Romans 8:21).

Everybody has experienced living in the tension of this broken world. The groaning of creation brings both good and bad across our path. The natural laws that operate are both a blessing and a curse. Tectonic plate activity renews the surface of the earth with minerals, yet wreaks havoc when humans build cities on the fault lines. Cell replication allows our bodies to grow and develop, yet can result in cancer when natural processes misfire. Death is a necessary part of the cycle of life, yet still remains our “last enemy” (1 Corinthians 15:26).

The Coronavirus is just one more example of the broken world we live in. Life is a God-given miracle of extraordinary engineering and complexity. Yet the physical process of life itself are subject to viruses, parasites, and disease. The “bondage to decay” that St Paul speaks of reverberates through the cosmos.

By creating a world of free creatures – both physical and spiritual - God has granted a level of freedom to the whole of the created order. That means that God won’t simply step in and wave a magic wand to take away the suffering in the world. We are part of the problem of evil, and God has chosen us to be part of the solution too.

Throughout the New Testament we are presented with a worldview of spiritual warfare in which God has chosen his people to be fellow combatants waging a war, not against flesh and blood, but against spiritual “principalities [and] powers” (Ephesians 6:12) through our prayer, love and action.

I have increasingly seen that this ‘warfare’ view of reality may help those who have experienced great suffering to understand that God is not the author of their pain. One such person is Jessica Kelley, whom I interviewed about the loss of her four-year-old son Henry to brain cancer as related in her book Lord Willing?. Radio hosts are supposed to ‘keep it together’ on air, but I failed to hold back my own tears as she told me the story of her little boy’s painful struggle and death, despite the prayers of their church community and the best efforts of doctors. Yet Jessica says that her crisis wasn’t compounded by a crisis of faith.

Jessica had come to reject what she terms the ‘blueprint’ view of a God who creates pain and suffering as part of his sovereign plan. Instead she embraced the warfare view, that we live in a world where natural disasters, disease and evil are tied up not only with the choices of human beings but with the freedom exercised by spiritual forces in rebellion against God. Although the war was decisively turned towards victory through the death and resurrection of Jesus, there still remains a world of running spiritual battles. We pray ‘Thy will be done on earth as in heaven’ precisely because God does not always get his will on earth. Jessica found it helpful to know that the death of her four-year-old to brain cancer was not God’s will. Henry was a casualty in the ongoing battle to redeem a fallen and broken world:

“It was incredibly freeing to know when we saw beautiful things happen, when people were coming to the house with casseroles and gifts – we could say, ‘This is from God. God is doing everything possible to maximise good.’ And when we saw our son suffer and the pain and death, I could say ‘this is not from God’. That meant I could maintain a passionate faith in the midst of such terrible loss.”

Jessica’s perspective can equally be turned to this present Coronavirus pandemic. God did not will this crisis. Let’s not lay the blame at his door. But he is working through the actions and prayers of those who are seeking to see his Kingdom come on earth.

Nevertheless, Jessica’s view is controversial to some. Many would object that a God who isn’t in control of the whole show isn’t the God of the Bible. Calvinist theologians believe that God is the author of both joy and sorrow and, even though we may struggle to see it, works through both for his ultimate purposes and glory. They say the warfare view contains too much of the same sort of randomness in suffering that the atheist must contend with.

Inevitably, different Christians will come to different understandings of how to reconcile God and suffering. What we can agree on is that God is good, suffering is bad, but that his love and purposes will win out in the end.

The Christian story is of a broken and rebellious creation that is awaiting the renewal of all things. We are called to live faithfully for the kingdom that has already come in Jesus, while awaiting the kingdom yet to be in which ‘“He will wipe every tear from their eyes. There will be no more death” or mourning or crying or pain, for the old order of things has passed away’ (Revelation 21:4).

God is mending the world

I believe that God is masterful enough to be able to weave many of the experiences and tribulations of our life into a tapestry that is ultimately beautiful to behold. Yet, in the present, we often only see the tangled mess of threads on the underside of the tapestry. The big picture is something we can usually only recognize in hindsight, as we see how painful experiences have shaped us.

At the same time, I want to avoid the danger of simply palming off the reality of suffering with trite clichés. Simplistic apologetic explanations can do more harm than good in insensitive hands. There are many griefs and sorrows we would all swap in a heartbeat if we could. Some things are just plain awful and can’t be dressed up any other way. There are many questions we will never see answered this side of eternity. Sometimes we will come to an end of trying to explain things and can only throw ourselves on the mercy of God, weep those who weep, and continue to stand up for truth and love wherever we can.

The good news is that, whatever questions remain, we are called to trust in the God of the cross and the resurrection. The One who turned the greatest injustice and defeat in the world into the ultimate triumph. He specialises in turning evil into good.

These are unprecedented times. Crises can bring out the best and the worst in people. Many will be rediscovering what really matters to them. Many will be looking for hope in the midst of despair. God is mending his broken world, and he began with Jesus. We are called to join with God in seeing redemption happen all around us, and turning Good Friday into Easter Sunday.

Catch up with Justin’s weekly Unbelievable? show via podcast and YouTube